One dollar at a time: Microfinance in Bolivia 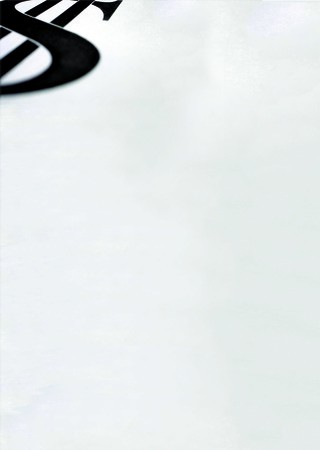 While it’s easy to take the women on city streets hawking salteñas or cigarettes for granted,there’s a good chance that they’ve been given a leg up in the world by micro financing. With loans as small as US$40, these women have been able to participate in Bolivia’s economy.

Bolivia has seen a recent upswing in its economic fortunes; however, Bolivian women are disproportionately under represented in the marketplace. Lack of education and, in some areas, outright discrimination against female job applicants leave many women confined to poverty without any chance of improving their slate in life. One way of combating this issue is through the practice of micro financing, the doling out of small loans amongst groups of women.

Margott Elena Fernandez-Guzman knows first hand the effect micro-loan organizations can have in supporting women business owners. Originally selling clothes she designs without financial support, she started receiving loans from the women’s development and micro finance organization Pro Mujer. This allowed Fernandez-Guzman to expand her business. She says that she was much happier working with organizations such as Pro Mujer as opposed to private banks. ‘There is machismo – the banks have to get the husband’s signature to use a credit card and need the husband to give his permission for a woman to take out a loan . . . Conversely, Pro Mujer will give you credit simply because you are a woman.’

Originally founded 22 years ago, Pro Mujer was successful long before micro finance became a hot topic in the world of philanthropy. Based in La Paz, it has now expanded its programs to Mexico , Argentina and Peru. The group is highly rated, garnering five ‘diamonds’ from MIX Market, a non profit micro financing ranking organization. In 2011, Pro Mujer had a loan portfolio of US$43.6 million and a total of 100,988 borrowers. Pro Mujer’s general manager in Bolivia, Gonzalo Alaiza Alborta, says that Pro Mujer’s work is absolutely necessary. ‘Most [of Pro Mujer’s clients] are illiterate and unable to read and write; most are married with various children. Their quality of life has improved because they have access to basic resources.’

As opposed to simply lending money out, Pro Mujer invests in community-style financial and health services to help women avoid problems that keep them impoverished. A group of women pool their resources together and dole out loans as needed to members of the group. Alborta explains that ‘the group judges by the communal bank how important the service is’, which gives the loans a community value, as opposed to the often-faceless anonymity of commercial banks.

Fernandez-Guzman is a leader in the communal bank herself, and she appreciates the responsibility she has within her community. She says the group works together to decide which loans will best serve the women, tending to invest in small business loans to purchase produce for sale, provide vendor support and, occasionally, pay medical bills. The women are responsible to their peers, which gives borrowers a more tangible link to their lenders and ensures that all participants commit their fair share.

Micro financing has become somewhat of a buzzword over the last few years, in both positive and negative terms. In 2006, Muhammad Yunus was awarded the Nobel Peace Prize for his work in instituting micro finance organizations, and the practice has been championed by no less than the Bill & Melinda Gates Foundation as a sustainable method for fighting poverty while improving women’s rights. Recently however, unsavoury practices by micro financing organizations – especially in India, where for profit micro financing schemes have resulted in large debt loads for impoverished borrowers – have lowered confidence in this form of investment.

Elisabeth Rhyne, the managing director at the Center for Financial Inclusion at ACCION International, feels that the Bolivian market is stable enough as of late to avoid a situation such as what occurred in India, though there may be somewhat of a ripple effect in how investors and donors view the feasibility of the practice, as what happened ‘does affect the reputation of micro finance in the first world, and that matters because investors are now somewhat more wary about investing in micro finance.’ Although stable at the moment, Bolivian micro finance has seen its share of strife in the past. Bolivia was one of the earliest nations to embrace the practice of micro loans to impoverished communities. Many commercial banks saw that there was relatively easy money to be made,and reckless loans became more prevalent in the micro finance marketplace. In the late ’90s the problem ballooned out of control, and many poor recipients of loans, from both traditional banks and micro finance organizations, organized in protest and refused to pay back their outstanding debts. One of the main issues during that time period, and one that still exists today, though not as dramatically, was the difficulty borrowers had in telling the difference between micro finance organizations and consumer lenders.

‘Since then, the micro finance sector has been able to recover and regain momentum. The difficulties were not caused by private for profits in opposition to non profits’, says Rhyne. ‘Most of the bigger micro finance organizations were then and today for profits. The dividing line was between micro enterprise finance and consumer lenders.’

To some, micro financing may appear to be a passing, altruistic trend, but despite its controversies it’s provided many women with better lives, in a society where women have traditionally had a hard time getting a leg up.

‘Bolivia is very conservative, machista society. People are used to women staying at home, looking after kids, not making decisions’, Pro Mujer’s Alborta says. ‘Few women work. But I think society is evolving, and empowered and working women are becoming more accepted.’ Fernandez-Guzman, who has benefited from micro loans directly, says, ‘It’s really important for single women, who don’t have a husband to rely on. The opportunity to get a business allows them to go up in the world and makes life easier for them.’