Every one of us lives bound by nature. Modern medicine may seem to heal quicker, but natural medicine is still the most pure. It heals slowly but lasts forever!

Travellers only usually encounter Bolivia's traditional medicine wares at the Mercado de Hechicería, or the Witches' Market, near Plaza San Francisco in La Paz. The stalls lining Calle Lineras are heavily laden with a cornucopia of ritual items, including dried llama fetuses and various boxed herbal remedies used to treat everything from rheumatism to stomach pain. However, traditional indigenous medicine in Bolivia dates back millennia, extending far beyond the tourist-laden confines of the Witches' Market.

Travellers only usually encounter Bolivia's traditional medicine wares at the Mercado de Hechicería, or the Witches' Market, near Plaza San Francisco in La Paz. The stalls lining Calle Lineras are heavily laden with a cornucopia of ritual items, including dried llama fetuses and various boxed herbal remedies used to treat everything from rheumatism to stomach pain. However, traditional indigenous medicine in Bolivia dates back millennia, extending far beyond the tourist-laden confines of the Witches' Market.

The Kallawaya, a nomadic group of Andean healers, have a cosmovision that incorporates ancestral medical techniques with a view of humankind and its place in the universe, grounded on devotion to the Pachamama, or Mother Earth. The members of this indigenous ethnic group, based in the mountains north of La Paz, were the official doctors of the greater Inca state. Their privileged position continued through the Spanish conquest, as the foreign invaders respected their healing skills and medical knowledge.

The Kallawaya use animal and mineral resources to heal, as well as plants, talismans, good-luck charms, and music therapy. Dr. Walter Álvarez Quispe, a fully trained modern medical doctor, is also the executive director of INBOMETRAKA (the Bolivian Institute for Traditional Kallawaya Medicine) and a Kallawaya with years of healing experience. He says that a Kallawaya can diagnose someone by studying the patient's eyes and hands. In addition to addressing a patient's physiological symptoms, a Kallawaya will also treat psychological and social ailments and the environment, including animals, plants, and the patient's home. 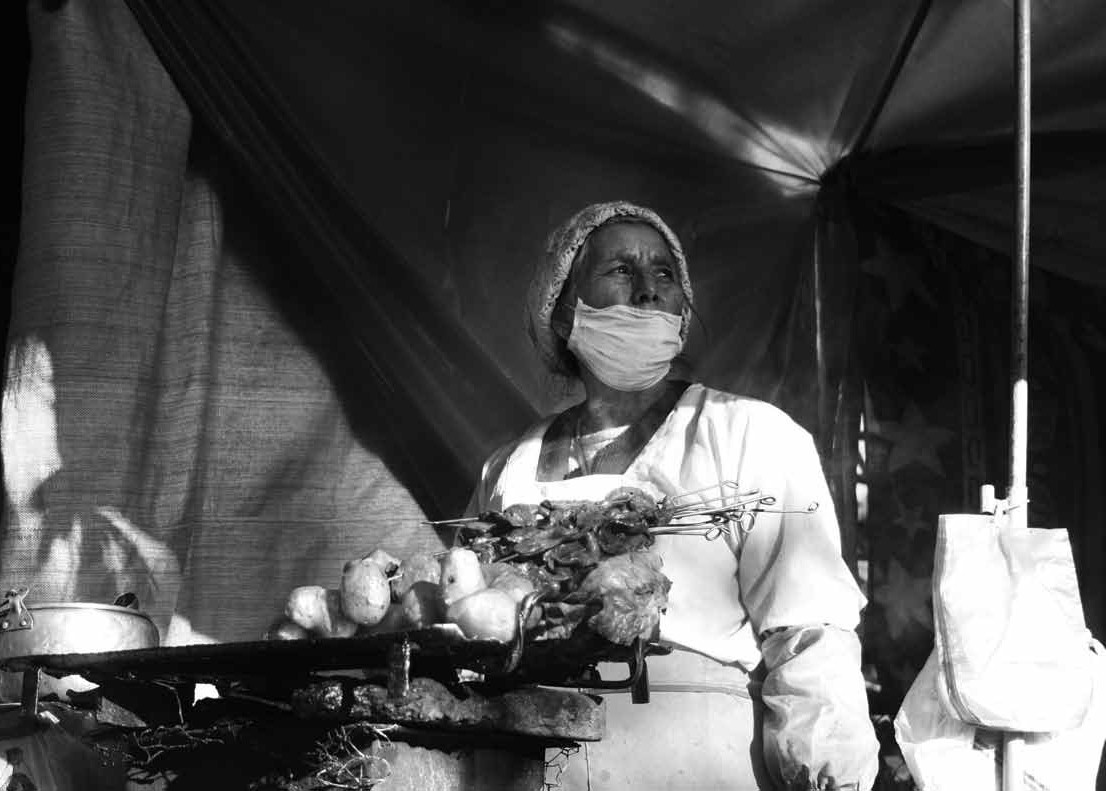 The Quechua and Aymara people of the Andes see themselves as inhabiting a supernatural universe in which all natural entities—from people and animals to plants, mountains, and the earth itself— are powerful spiritual beings intertwined in a complex network of mutual obligation. 'Every one of us lives bound by nature', says Dr. Quispe. 'Modern medicine may seem to heal quicker, but natural medicine is still the most pure. It heals slowly but lasts forever.'

The Kallawaya distinguish themselves from other Andean ethnic groups by their constant travelling. From their isolated homeland of Bautista Saavedra, north of La Paz, the Kallawaya have ventured all over Bolivia and into parts of Peru, Argentina, Chile, and Ecuador, even as far as Panama. With their chuspa— colourful woven medicine bags— and the blessing of the gods to protect them on their journey, they set off on ancient Inca trails to treat those in need. Bolivia, with its high altitude, rugged landscape, and isolated areas of human settlement, offers a unique topography and widely varying ecosystems from which Kallawaya healers have been able to extend their considerable knowledge of medicinal plants. With some 980 plant species in the Kallawaya pharmacopeia, it rates as one of the most bountiful in the world.

From the age of four, young Kallawaya learn about plants at home. At 13, they begin to help in the preparation of medicines and remedies and, shortly after, they start travelling, taking their prepared medicines with them and learning different languages along the way. Young Kallawaya are always accompanied by older, more experienced mentors, who teach them and guide them along the way. Between the ages of 23 and 25, these young Kallawaya are tested, and, once certified in the healing arts, they can teach and pass on their knowledge to others.

Dr. Quispe travelled from the age of 13 until he was 22, when he started to study modern biomedicine. 'Since a child, I was obliged to be a Kallawaya because my grandfather and greatgrandfather were also Kallawaya healers', he says. 'First I am a Kallawaya, and then a [modern] medical specialist.'

Kallawaya women—K'awayus—also teach the children, and they participate in a number of rites, weave textiles, and act as midwives, caring for pregnant women and babies.

Until quite recently, centuries of repression— by both the church and state— drove the Kallawaya's healing arts underground. For years, the Bolivian government wouldn't allow the formation of traditional medicine institutions. Only trained doctors and biomedics were allowed to practise medicine, while traditional medicine was considered witchcraft and healers were imprisoned for practising it. However, the legacy of traditional medicine continued throughout those dark days, especially in Bolivia's isolated rural communities, where patients were treated clandestinely.

In 2003, UNESCO declared the Kallawaya cosmovision as an 'oral and intangible cultural heritage of humanity.' This award created public recognition of the value of Kallawaya knowledge and their worldview. But with rapid urbanisation and a population shift toward Bolivia's cities, modern medicine is increasingly in use, and the Kallawaya are slowly diminishing in number as fewer of their sons learn the traditional skills.

Still, in remote areas throughout Bolivia, when someone becomes ill, he or she will likely turn to traditional medicine. In fact, according to Carmen Beatriz Loza, the research director of INBOMETRAKA, 80 percent of Bolivians have called on a natural healer at some point in their lives, and 40 percent of Bolivians practise only traditional medicine. The reason is a practical one: traditional remedies are affordable; modern medicine is not. A typical Kallawaya prescription may be the preparation of a mate infusion made from plants that a farmer most likely already grows on his land. But even more importantly, the Kallawaya visit their patients' homes. Rural villages rarely have their own doctors or nurses, and travelling miles into a city is rarely possible for a poor campesino. For now, despite a decline in Kallawaya practitioners, their services are still in much demand.

But even small villages are becoming increasingly connected to far-away places and ideas, and very soon acculturation of the patients will be another threat to the Kallawaya tradition. And that's where INBOMETRAKA sees its mission: 'We must work to bring back the neglected knowledge of traditional Andean and Amazonian medicine to the service of public health', says Ms. Loza.