Music, money and the messiah: Rocking Out for Christ 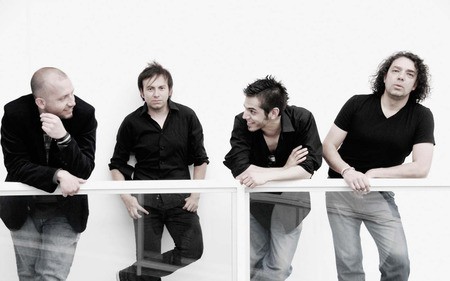 La Casa de la Casa, titan of the Bolivian rock industry, is not a corporate production house. The difference lies in the details: swap the glimmering skyscraper for a pasty one-storey ‘T’, the jet-setting executive for a jet-setting missionary, the love ballads to an ambiguous ‘she’ for love ballads to an ambiguous, asexual ‘He’. (Keep the cross necklace, keep the shot glass, keep the Saturday open-air festivals.) With over 90 percent of Bolivians identifying as Christian, the biggest break for a band is likely to be a gig at the local church.

The right music has the power to extract tears out of a powerful sermon, says Alexander Iturralde, Bolivia’s best bassist and member of its most popular Christian band, Tejilah. Like two of the band’s other three players, he was in a secular band before making the switch, but he says he was never comfortable with the previous crowd of rockers. ‘That phase is already over’, says Iturralde. ‘It’s gone. Now, I’m happy, and I thank God for it. Now, when I play, it’s spiritually rich.’

Few things in Bolivia, though, are immune from politics. The father of Mauricio Salcedo, Tejilah’s drummer, is the pastor of Ekklesia/La Casa de la Casa, and Martín Joffré, Tejilah’s lead singer and one of the country’s only living rock legends, converted a year after his previous group Loukass split up.

‘It’s like, I had these plans of being a rock star, but now I’m Christian, so I’ll be a worship star’, says Burillo, who finds that rockers following the Christian tidal wave ‘Christianise [their] ego.’ He says that becoming a Christian musician, just like becoming a pastor, is a more accepted path now than when he was growing up. The Christian market is the most solid of Bolivia, with Protestants growing in number every year from missionaries and urbanization.

The audience size is amplified by the stagnant non-Christian market. Equinoccio, La Paz’s biggest rock venue, has the same limited crowd of frequenters every week and can’t avoid featuring Christian artists, despite their incongruity with the scene. ‘Bolivians aren’t used to listening, just as they’re not used to reading or to viewing an exhibition’, says Equinoccio’s manager Boris Aranibar. Church sponsorship, then, is strategic. ‘Music is an instrument. There’s something about rock that’s empowering; it allows you to reach many more people. To use rock as a way of getting young people to come to the Christian movement is effective.’

In the biblical book of Chronicles, the tabernacle of David sponsors 24,000 musicians to play 24 hours of worship music every day. The instruments were the loudest of their times – some say the ancient-day equivalent of rock instruments – and the project allowed David to strengthen and extend his empire.

Music also appears before man in the book of Ezekiel, where the devil leads worship with God’s instruments. Some embrace rock’s place in the church, but others, put off by the rocker lifestyle – Kurt Cobain famously said, ‘Get stoned and worship Satan!’ – see proof in this passage that rock is the ‘devil’s music’ and refuse their performances in church. Burillo specifies that the analogy applies to musicians who strive for idol status, aided by ‘whoever has the money to deploy or extend his kingdom’.

He says that he used to compose to please the congregation, but as he was walking home one day, God came to him in a revelation and asked why he had never asked Him for his opinion. Since then, Burillo, who is Kairos’s youth pastor and is reinitiating its rock music school, says he plays for God only and aims to replicate his revelation through music. ‘I hate when worshippers are treated as artists’, says Burillo.

Conversely, other Christian rockers (Iturralde, for example) consider themselves artists rather than worshippers. But artists and worshippers alike can be met with suspicion by secular listeners, some of whom feel that the rock and roll image is compromised or even rendered obsolete by the Christian spirit. ‘Rock and roll is of the street; it’s a way of life’, says Boris Aranibar. ‘[Rock] is liberty, it’s political criticism, it doesn’t defend any position. [But] I think Christian rock explicitly defends a position.’ So, Christian rock is simply not on Aranibar’s playlist.

While less secular listeners may not hurt the industry, Iturralde says he finds the separate label discriminatory. He acknowledges that Christian rockers assume a distinct role and enjoy a special connection with their audience, but he insists that his competition exists beyond religious lines. Tejilah’s lyrics, like those of most highprofile Christian artists, focus more on the message than on God, and the band’s producer has worked with Prince, Collective Soul and Deftones. Even Burillo’s band has stepped outside of its bounds, experimenting with the zampoña, the quena and the charango, all folkloric instruments. 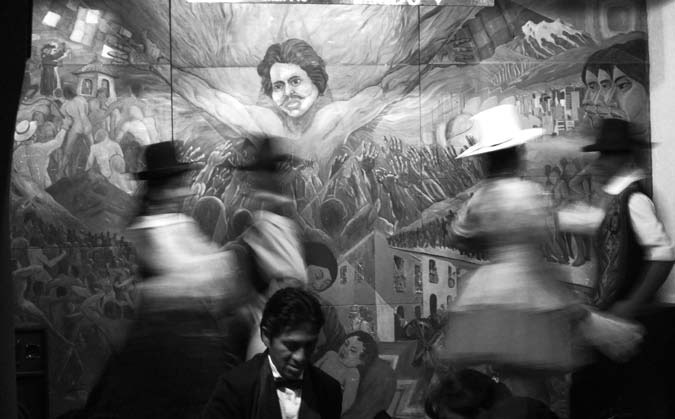 Christian rock is testing boundaries both in the music world and the religious world. When Burillo was playing during a mission trip in the Middle East, he says crowds would gather in awe. He had such an impact that there were moments when policemen threatened to confiscate his guitar. Burillo was drawn away from ‘boring’ Catholic services to the Evangelical church by a ‘lady that sang like an angel’, which led him to where he is today. Now, Ekklesia’s broadcast company, which has a virtual monopoly over Bolivia’s Christian stations, is the siren that captures more secular listeners every year.

‘I don’t know if many people knew Margaret Thatcher’, says Burillo, ‘but the whole world knew who Michael Jackson was. Music has the ability to transcend culture, to transcend languages.’ Burillo explains that Mick Jagger still plays at 68 because music – or worship, as he calls it – is forever. Today, the church’s medium is rock, the sound of the youth. In coming generations, though, Burillo knows the sound will evolve. He says he hopes he will accept the new genres, but he knows that until his eyes close, he will keep strumming his guitar for God.