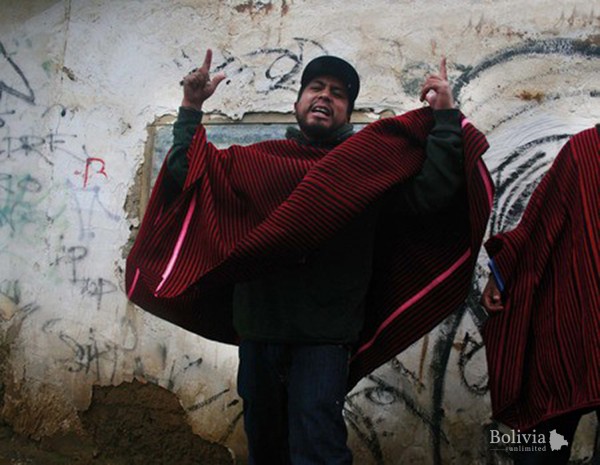 We are in the midst of a transitional stage in which we go from an already highly globalised world to an irretrievably interlinked world. By the 1970s, an interconnected and accessible future was in sight. Commercial airlines were beginning to set a trend and the possibility of exploring places that were never visited before was becoming a reality. Even before the fall of the Soviet Union, the communist leader Mikhail Gorbachev was starting to speak of a “New World Order” whose realisation could be achieved through co-development and co-creativity. This new vision would go hand in hand with the decline of American cultural hegemony at the beginning of the 1970’s (Anderson, 1991), this added to the decolonisation movements that had been happening since the 40’s across the world, marked the beginning of a new era of exchanging arts and ideas with increasing frequency. Then came the technological boom that made these exchanges much faster, from there we welcomed text messages, the internet and streaming. Being in contact and sharing things has never been so easy. Globalisation still has a way to go.

For some writers, especially those who write in the areas of political analysis, urban planning and social policy, globalisation brings difficult problems. Among the most contested of these issues is that of multiculturalism. Today, there are more heterogeneous societies than there were 100 years ago. The ‘global cities’ as the sociologist Saskia Sassen (1991) calls them, Berlin, London Amsterdam, New York, Hong Kong and Barcelona, have populations as diverse as the world itself. Amsterdam, for example, has a population of more than 170 different nationalities; it is estimated that 35% of its population has non-Western European origins and this percentage reaches 50% when looking at the population of children (Statistics Netherlands - CBS). Indeed, it is pleasant to see different faces in each corner, but it is even more pleasant to see the cultural expressions that each of these people bring with them. It is the latter that one of the greatest difficulties for multicultural integration lies. The movement of people is not solely defined by seeing more people and faces, these people carry with them cultural practices and customs that are very different from each other. These customs that are far from disappearing even if the process of integration or acculturation is successful. This is true even in the context of immigrants are strongly rejected, since before completely forgetting their cultural practices, they choose to adopt bicultural identities as doing so reduces psychological stress (Schwartz & Zamboanga, 2008).

The most interesting thing about this fact, despite all the criticism made by many of today’s far-right populist politicians, is that mixing is the primary characteristic of human nature. This is how culture is created, how empires, countries and cities were built, how our species managed to survive and be here today. Therefore, any argument given by racist xenophobic politicians does not have valid justification inside cultural spheres, especially arguments that present that different cultures cannot coexist.

I plan to show what this current expression of this globalised phenomenon is through the analysis of the Bolivian rap group Kaypi Rap. Kaypi Rap not only rap in the Quechua language but have also chosen to collaborate with various international artists, including several French artists. What can this tell us about the future of multiculturalism? What gives us insight into the importance of music for the production of multicultural knowledge? What leads to these projects being undertaken? Is Bolivia feeling on the surface of a revolutionary shift in the global trend of music production?

Multiculturalism is not a new phenomenon in the American continent, and as far as the western region of South America is concerned, it was enacted by the Inca Empire. The most palpable evidence of this multiculturalism is the use of Quechua in five countries across the continent (Ecuador, Peru, Bolivia, southern Colombia and northern Argentina). Today it has more than 12 million speakers, making it the most widely spoken native language on the continent. Quechua not only became the lingua franca of the empire but also allowed the communication of knowledge and the adoption of a unique cosmovision of the language. Quechua, in other words, served as a catalyst for the development of one of the richest cultures in America. In addition, Quechua is one of the languages that has best adapted to the use of the Spanish language. Indeed, its speakers were forced to learn the European language, but by doing so they were able to enrich both and conceive a syncretism that, to this day, is an important part of the identity of the Andean countries.

Instances of multiculturalism in the French language express other peculiarities that are more related to globalisation itself. There are many characters throughout history that have defended the importance and status of French worldwide. In 1783, Rivarol even wrote “Ce qui n’est pas clair n’est pas français” (What is not clear is not French).  This fierce defence, however, is not due to an intrinsic and divine clarity or precision on the linguistic bases of the language but the continuous tradition of using it in international politics, diplomacy, as it was the custom of the great elites to learn it. Last but not least, the reason for its widespread use was also due to the colonisation and subsequent imposition of the language in the French colonies in Africa and Asia.

As with Quechua and Spanish, French did not end up destroying other languages, much less the culture of its speakers. Although it ended up creating plural identities and multicultural societies. Whether due to historical political causality or something innate in the language itself, France is today undoubtedly a multicultural country with people from different parts of the world constituting considerable sectors of its population; Latinos, Algerians, Armenians, Moroccans, Senegalese, Chinese among many others. In this sense, rap enters only as the extension of an already established trend. This can be further supported by the very origin of rap in France. It was imported by North American immigrants in the mid-1980s and later adopted by the young minorities of African descendants who quickly developed their own style.

Rap was born in the most marginalised neighbourhoods of the United States of America in the late 70s and from the beginning they were committed to issues of strong social relevance. Suffering severe mistreatment by the police, extortion, racism, segregation, poverty and generalised violence, rap became a means of excellence to channel all that energy and make it known. Therefore, it is not surprising that it has been so well received around the world, in every corner where there are segregated minorities, structural injustice, or any other form of inequality, rap would be used as a vigilante.

However, it is not enough to leave the link as it is, generalising it as an effect of globalisation. What is interesting to take away from this Franco-Quechua collaboration is the utility of the added value that both languages and artists receive. First of all, we are not only talking about ‘conquering’ new markets but about the revitalisation of languages. Quechua suffers from an alarming decline in its number of users, children no longer speak Quechua and the people who do are dying of old age (Andrade, 2007). Kaypi Rap is contributing to the survival of the language by making it attractive to the younger generations. What is interesting are the techniques they have adopted to do so, resorting in this case of the establishment of international networks that ironically help it to be exposed to a larger public. Bolivia is not under a certain type of cultural monopoly with respect to music, but it is true that there are genres that do not penetrate the market while others enjoy greater accessibility and visibility.

French artists also follow a similar logic. France is saturated with new rappers and to the question, ‘how many are those who rap in Quechua?’, the answer is, very few. Again the collaboration goes beyond a simple commercial interest, in it we can appreciate the new evolutionary process of languages in the 21st century.

One of the requirements for linguistic/language evolution is social evolution. This theory describes the importance of our unique human sociability, characterised by a high level of trust and cooperation, that allows languages to be enriched and transformed (Dor, Knight, Lewis, 2014). Related to this concept is that of cultural evolution, which is the catalyst and inhibitor of language evolution. The contact between people is what allows the language to change since it is pressured to do so based on better expressive power, communication success and/or minimisation of cognitive efforts (Steels, 2016). The ease of communication and new technologies usher in a new form of change that is not limited by geography and, as we can see, not even by language. Globalisation, this union of worlds and multiculturalism seems to be the only possible scenario in the already visible future.

Finally, the beauty of this new trend is that it rescues ‘unpopular’ or ‘mainstream’ cultural movements. Commercial reggaeton has not found any difficulty in collaborating with American artists and has claimed a seat on the international stage, but rap in Quechua and other ventures have also found a way to weave networks. Kaypi Rap are not the only ones, the group Nación Rap has also done collaborative projects with PT, an artist of Danish origin who raps in their language. The number of collaborations grows even more when we look at regional projects with neighbouring South American countries, with whom we managed to create a Latin American identity. This desire to continue setting up larger and more distant networks could be showing much of who we are and the philosophy we follow, not to mention the path that we could now be beginning to explore. Just wait with your ears tuned in.