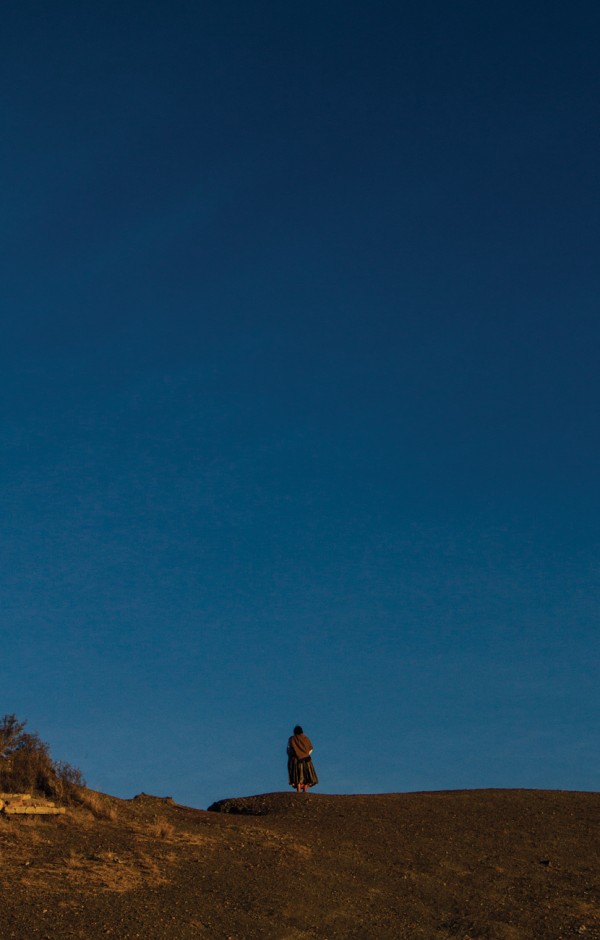 The unfinished struggle to take back the streets

‘I remember I was waiting on the corner near my house and a car went by. The driver’s friend whistled at me. It was so uncomfortable. They were whistling and laughing but I couldn’t understand what they were saying. The next day, the same thing, the same guys, at the same time. I feel defenceless, like I can’t do anything about it. I’m scared to say anything to them. So I just walk further away and pretend I haven’t noticed.’

Solange is a young working professional in La Paz and her story is hardly unique. According to Human Rights Watch, women and girls in Bolivia remain at high risk of gender-based harassment and violence. An overwhelming majority of them regularly experience some form of sexual harassment in the streets. Whether it be staring, whistling and catcalling, or more invasive harassment such as unwanted physical contact – this behaviour is something that women like Solange have become sadly accustomed to.

‘The whistling happens all the time,’ she points out. ‘They almost always do it when they see a girl alone and they are with their friends. I don’t know why they do it. Maybe because they think it’s cute and that girls like it. But that’s just not true.’

Andreyna Gomez, a member of the Bolivian anarco-feminist collective, Mujeres Creando, has made it her personal mission to stand up against street harassment. ‘In Mujeres Creando, every member has their own voice to use against what makes them most uncomfortable about this society and for me it is precisely this: the invisible violence in public spaces that is minimised, naturalised and that puts women in the position of an object of satisfaction. The fact that it is such a fleeting encounter makes it one of the most difficult aggressions to confront and to classify as violence.’

As in countless other cultures around the world, for many years women in Bolivia had been confined to a largely domestic role, barred from public spaces and expected to conform to rigid gender roles. ‘Street harassment, like so many other types of violence, is a strategy for perpetuating machismo,’ Andreyna affirms, ‘and now that is being threatened and renounced. Street harassment reinforces that idea that these public spaces are the property of men only – where women who appear in public are harassed and objectified from very early ages in an attempt to intimidate them, immobilise them and re-relegate them to domestic spaces.’

‘Street harassment is a man’s way of telling a woman, ‘the street is not your space, the street is my space and your body belongs to me’.’

María Galindo, the founder of Mujeres Creando, seconds this opinion. She argues that street harassment is a man’s way of telling a woman, ‘the street is not your space, the street is my space and your body belongs to me’.

A common obstacle in the fight against street harassment is the view that compared to other forms of gender-based violence, catcalling and whistling is often perceived as relatively harmless. However, for María, these micro-aggressions can easily escalate to physical violence. ‘It normalises the intimidation of women,’ she says. For Andreyna, underestimating this issue is a serious hazard. ‘For me, violence is violence, it doesn’t matter which parameters it falls within,’ she says. ‘Street harassment has always been presented as an innocent, roguish gesture that should be taken as a form of flattery. However, its machista, sexist and objectifying content is an indication of people who in non-public places are even more violent. A man who harasses women sees them as something whose only real function is satisfying him. Consequently, raping her is only a question of circumstance and the same goes for committing femicide.’

‘This system normalises and tolerates acts of violence and the result is social insensitivity,’ she continues. ‘The system also tries to hierarchize the phenomenon of machista violence. We categorically reject the minimisation of street harassment that threatens the basic freedom of women’

In terms of government action on the issue of women’s rights, the landscape is unpromising. ‘The government does not do anything about it,’ María remarks. ‘The more economically and politically powerful a man is, the more they act with impunity. Justice here is so corrupt that many incidences of violence against women are not reported.’

In an attempt to improve the safety of women in Bolivia and prevent gender-based violence, the Bolivian government passed Law 348 in 2013 that defined the crime of femicide and promised harsh sentences for men who commit violence against women. However, according to a November 2014 study by national newspaper La Razón, the law produced a conviction rate of just 4% in eighteen months, with 206 recorded cases of femicide and only 8 sentences.

‘I feel defenceless, like I can’t do anything about it. I’m scared to say anything to them. So I just walk further away and pretend I haven’t noticed.’

‘In our media, the authorities reinforce [sexism],’ Andreyna asserts. ‘We have mayors who publicly harass women, corrupt judicial authorities and television presenters whose acts of machista violence have gone unpunished. There’s an endless amount of violent acts that aren’t considered in official statistics, but that women experience frequently. The government has made a law that figuratively “protects women,” but its protocols are still victimising for us. We’ve been demanding a “red alert” for the quantity of femicides, both recorded and unrecorded, for months but for the government, this is still a secondary concern whilst women are dying at the hands of their partners, dying after clandestine abortions and being constantly blamed for what happens to them.’

Whilst the situation in Bolivia appears bleak, María Galindo is keen to stress that the country’s fight against everyday sexism is part of a much bigger, more menacing global picture. ‘I disagree with the idea that sexism is unique to Latin America. I think it is a problem all over the world. It’s a western problem, it’s a colonial problem, it’s an indigenous problem. Patriarchy is a problem everywhere,’ she says.

For women like Solange, every day that passes is another day of feeling unsafe in her own neighbourhood. ‘If I go out into the street in a good mood and this happens… then my mood changes and I feel angry and impotent,’ she says. ‘It’s a lack of respect. Every citizen needs to feel safe in their home and free to step outside without feeling uncomfortable, both men and women. There should not be a difference.’