Much Ado About Potatoes 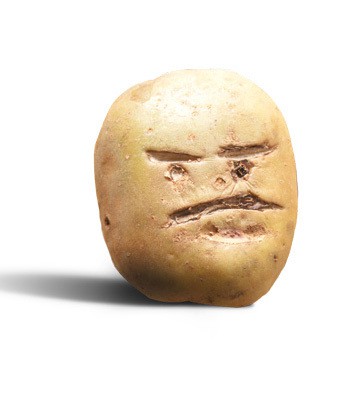 Mauro Scrafton isn’t too impressed by potatoes, believing they look dull, taste bland, and have underwhelming nutritional properties. Will the pride and insistence of locals win him over?

Potatoes might just be the most boring food on the planet. They taste bland, look uninspiring and have pitiful nutritional properties. As you are now hopefully aware, I am not a fan. And I find it hard to believe that Bolivians don’t share the same view. So, how and why are potatoes still the most important food in the Bolivia and the Andes?

It was over 8000 years ago in the extreme north of Bolivia that this starchy, tuberous crop was first domesticated and became the staple food of this part of the world. In Bolivia, potatoes are everywhere. Cultivation mostly takes place on the Altiplano—the great expanse of high plateau stretching from Lake Titicaca to the Argentinian border—but they are grown countrywide from the Andean valleys to the tropical lowlands to the east. Unbelievably to someone brought up on the simple Maris Piper, I have discovered there are some 4000 different varieties of potatoes grown in the Andes.

Ok, so far we have established that the Andes are the birthplace of the potato and that they’Re locally overabundant, but I still don’t get the hype or particularly like them. Yet, for some unknown reason, Bolivians do. A lot.

So why do I bother? Here’s the thing: I am in fact Bolivian (half at most) and that is why I have snatched at the opportunity to try a variety of common, popular and unusual potatoes in the hope that I will be won over. Maybe, just maybe, I will be able to understand why they’re so important here. And by doing so I can also prove to my dad that I’m worthy of being called ‘Bolivian’, as I would probably be disowned as a son if I admitted the truth—I detest Chuños and strongly believe that anyone who enjoys their dry, weird taste deserves a straightjacket.

Early one Friday morning I headed to the largest market in La Paz, the bustling Mercado Rodriguez; an ideal place to get my hands on a good variety of Potatoes. After purchasing a bagful of dirty, dull-looking papas, my challenge was underway. And for the first time in my life—whilst strolling out of the market with a bagful of potatoes— I felt like an authentic Bolivian.

Usually if I want to carb-load, I go for pasta or rice instead of potatoes. Every time. This time however, was an exception. I wasn’t preparing for any energy-demanding exercise but instead, I was aiming to find my roots. I tipped out all the 20-something potatoes onto the kitchen table and admired the plainness of every single potato before dumping them into a large 5L saucepan of boiling water. (Yes, you caught me out. I did forget to wash them. Schoolboy error, I know. I blame my non-existent potato-cooking experience.)

After thirty-or-so minutes they were ready and spooned into a big dish. The next step was to introduce each one of them to my uncultured taste buds. I had hoped my tongue would eagerly welcome each new forkful. But being a realist and a self-confessed-potato-hater, I was rightfully apprehensive. After sampling the first three (Papa Imillia, Holandesa and Pureja) without noticing any distinguishable difference, I fell back into my initial prejudice that all potatoes are boring, bland and insipid.

My next encounter was with a large piece of chalk. After some investigation I discovered this was actually the Chuño’s big, white brother: a fist-sized Tunta. Produced in a similar way to its black counterpart, the large dehydrated potato is given a wash down and dried off in the sun, after being freeze-dried for a few of nights. Anyway, I finally gained enough courage to take a mouthful. It sat like an IED on my tongue. I knew as soon as my teeth chewed down, it would explode its unpleasantness into every corner of my mouth. I took the plunge. Each one of my three chews resulted in a grimace. It didn’t just taste awful but it also possessed a strange moisture-robbing texture which left my mouth feeling uncomfortably dry. ‘Mouthwatering’ my ass! Who would wish this experience upon anyone?

Next up was the most eye-catching potato in my possession, the snazzy Papalisa. With pink and yellow splashes covering this stone-shaped potato, my buds were expecting an exotic flavour to match. I had one bite of lisa and before coming to the disappointing realisation that looks can be deeply deceiving—even when it comes to potatoes. The spud offered a sickening mushy sweetness that lingered long after I tried to wash it down with a glassful of water.

I was becoming paranoid and suspicious, even conspiratorial, convinced that Bolivians lie about their love of potatoes solely for patriotic reasons. Yet I persevered. Perhaps combining (read: masking) their flavour (or lack thereof) with other ingredients would do the trick.

I gathered the half eaten remains and selected a few simple sauces which I could try.
I was quietly optimistic. I began to melt a wedge of the Bolivian San Javier cheese on to my old foe, the Tunta. The white cheese was then smeared all over the large chunk to ensure none of the Tunta’s surface would touch my tongue.

It was a complete shock beyond my most loco dreams. Far from merely bearable, I enjoyed it. The strong flavoured San Javier was the kick it needed, the rubberiness of the cheese and the dryness of the potato somehow combined perfectly. To be sure it wasn’t simply the cheese that I loved or that my mind was playing a sick trick on me, I dug in for seconds, this time with a smaller amount of cheese. I experienced the same pleasure. Unbelievable. Who says you can’t polish a turd eh?

With the radical transformation of the white Chuño I couldn’t wait for what the Papalisa and Imillas had in store for me.

A combination of chilli, onion and tomato puree were fried with the sliced-up papalisa. The smell on its own made me salivate (probably just the chilli). Frying enhanced the texture as the Papalisas’ overwhelming juiciness was reduced to a reasonable level. It was undeniably nicer. Each ingredient complemented one another amazingly. I’m slowly beginning to understand what Bolivians see in potatoes.

Call potatoes whatever you want: bland, starchy, hard to swallow. All true, though it’s also true that their unique differences in taste and texture can be manipulated with the right sauces and knowhow. I set out my quest to fall in love with the potato and become a worthy Bolivian. I may not have achieved either but I feel slightly closer.

There is much more to potatoes than just the taste. You don’t have to love the potato’s taste to appreciate what it has done for the Andean culture since its domestication. The potato is still an essential part in the ‘trueque’ economy in many rural areas and its ability to grow just about anywhere and easily is why it is relied so heavily upon.

Since the potato’s introduction to the rest of the world its impact has been phenomenal. Reports show it has been responsible for significant population growth worldwide and is now commercially grown in three-quarters of the world’s countries. Call the potato boring, but we couldn’t live without it.