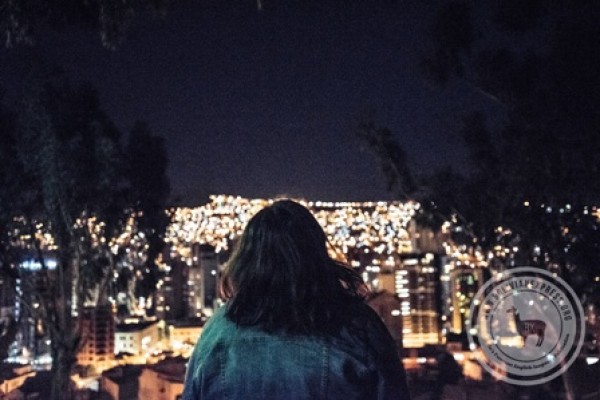 That’s exactly the idea behind a 2015 pilot study lead by John D. Piette, PhD, Professor of Health Behavior and Health Education, and of Internal Medicine Director, Center for Managing Chronic Disease, an epidemiologist at the School of Public Health at Michigan University. Dr. Piette and his team used automated calls to track the progress of participants and supply them with education around mental illness, including unhelpful thoughts and goals.

Bolivian psychologist Amparo Clara Aruquipa Yujra worked on the pilot study, and says it received good results and positive feedback from participants. Today, she is part of the team working on a new pilot programme to be held in La Paz. This programme will utilise more information than the first to better help participants trying to recover from depression.

The team working on the new project is collaborating with local psychologists and professionals, as well as the team from Michigan University, to create an accurate and effective programme. Resources for participants include information on self-care, community involvement, and goal setting. One aspect of the programme is aimed at helping people to deal with the issues in their lives that may make them more susceptible to mental illness, such as suffering from violence or poverty.

Another goal of the programme is to advocate for community involvement to help address mental illness. The programme will involve families and broader communities to address these challenges as a community effort.

Aruquipa Yujra says the new programme was difficult to arrange, but anticipates that it will be started in the next month. ‘We want to share this experience,’ she says, ‘and then show how this can help people with the use of community healthcare workers.’

The programme includes texts and automated calls to survey its participants and monitor their progress and the severity of their mental illnesses, using the methodology of the Michigan University study. Participants also have manuals that they can consult, with tailored text messages giving them guidance. The use of cellphones is intended to make mental health treatment more accessible to the population, the researchers say.

Mental illness, especially depression, is in many ways hidden in Bolivia, with World Health Organisation (WHO) statistics showing that neuropsychiatric disorders contribute to an estimated 16 percent of the burden of disease in Bolivia. Across the country, there are only 956 beds available in mental hospitals – that’s 9.56 per 100,000 people – yet the WHO estimates that mental illness affects one in four people throughout their lives.

‘Unfortunately, what we have found in our studies is [people] don’t recognise depression as a problem,’ Aruquipa Yujra says. ‘They just say that it’s a…bad mood, and that’s it.’

This misunderstanding may be why nearly two-thirds of people with a mental illness never seek any professional help. Additionally, other medical problems often take precedence over more pressing mental-health concerns. ‘[People] often have these other problems like lack of money or other [physiological] illnesses,’ Aruquipa Yujra explains. ‘Having to beat diabetes is more crucial than their own mental health.’

Dr. Josue Bellot, the medical director at the San Juan de Dios Centre of Rehabilitation and Mental Health in La Paz, believes there’s a strong stigma in Bolivia against people with mental illness that discourages them from seeking the help they need. ‘In this country there is this stigma that psychiatry relates only to “crazy” people,’ he says. ‘The moment that a doctor refers a patient to a psychiatrist, the patient is labelled “loco”.’

Dr. Bellot said an improvement in education, both for medical professionals and for the general public, is needed to help reduce stigma, but unfortunately, there are not enough resources available. He lamented that the few psychiatrists in Bolivia are focused on patient care, so promotion, education and prevention miss out.

But stigma is not the only barrier that makes seeking mental healthcare difficult for Bolivians. According to Dr. Bellot, access to healthcare means that seeing a professional is challenging, as there are very few centres in the country, and they are often far away. He believes that for many people, treatment is literally out of reach, as the time and cost of travel makes it inaccessible.

For this reason, Dr. Bellot emphasised the disadvantage many Bolivians face by not being able to afford treatment. He notes that treatment can take several months or longer and can be expensive, once accounting for additional factors such as occupational therapy and psychology. ‘The most important factor [in being unable to receive treatment for mental illness] is the high cost of psychological medicine, and this affects everyone,’ he said. ‘Not everyone has $10 to spend on medicine regularly.’

The solution, according to Dr. Bellot, lies with the state.

The Royal College of Psychiatrists in London said that in 2000 Bolivia was ‘one of the first South American countries to have a written mental health plan’, but critics, including the WHO, point to a lack of funding leading to little progress occurring in the last couple of decades.

People don’t recognise depression as a problem. They say it’s a bad mood, and that’s it.’

‘The state doesn’t have a law for mental health,’ says Dr. Bellot. ‘A programme on mental health has been worked on since last year, but it is not concrete yet, and they haven’t coordinated with other mental health professionals.’

Dr. Bellot believes this problem is two-fold, as the government is addressing other issues above healthcare, and, within healthcare, mental health remains at the bottom of the list of priorities. But he hopes society will pressure the government to change and come up with the necessary policies.

While the state is being criticised for its lack of effort, others are pushing forward to try and find solutions. Aruquipa Yujra said it would be a dream for programmes like hers to be the future of treatment for mental illnesses. ‘Anyone can have access to a cell phone, and they don’t need extra knowledge,’ she points out.

Currently, the new programme is still in the research phase, and thus only benefits a small proportion of the mentally ill population in Bolivia.

‘We don’t have the human resources to give this service to the whole population who need [it],’ Aruquipa Yujra said. But the programme continues to be developed. ‘It’s going little by little, but I think that, at the end, it’s going to work.’