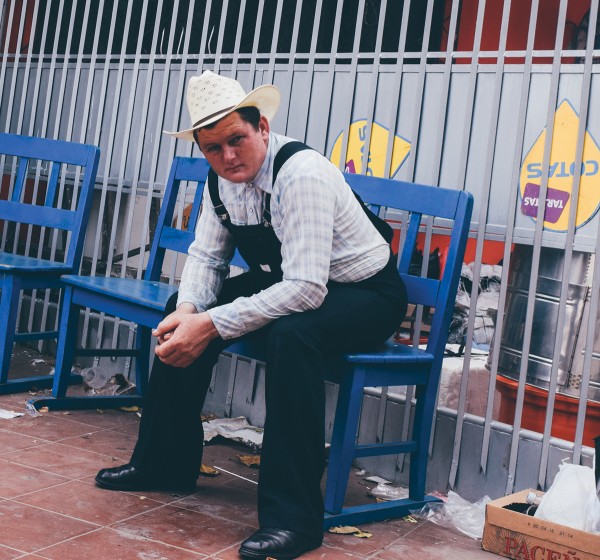 A Reclusive Religious Sect that Avoids the Rest of this Country

‘¡Mala gente, mala gente!’ a Bolivian peach vendor shouts at a tall, pug-faced, cocky man trying to buy things from her whilst speaking in a Germanic language. Near her, with another man not so tall, I speak in slow Spanish about Christmas. I hear them mumbling. Eventually, a shout: ‘You’re not Bolivians,’ the vendor catapults at us from an awkward distance, ‘and you shouldn’t be talking about Christmas!’ Sure as the summer sky is blue, we stop. But for all the things Bolivian that these Mennonites should not and do not participate in, Christmas doesn’t seem to be one of them. In fact, it might be the only thing these two people have in common.

With their holidays, their cows, and their fashion sense, this group of Mennonites came to Mexico not long ago from well-established communities in their European homeland. Though they are German in ancestry, language and custom, these Mennonites immigrated from the Russian Empire and West Prussia to Canada in the 18th and 19th centuries. However, political disagreements soon saw 6,000 of them relocate to northern Mexico in the 1920s. Pedro Stein Salamanca, a middle-aged man of small words and big boots, tells me that his grandparents emigrated from Canada in the 1920s, and that many have since followed. It’s a sequence: from Europe or Canada to Mexico by boat or train; from Mexico, then, slowly, eventually, to Bolivia across the land and through the many years. Primarily, the 1970s.

As in antiquity, Mennonites practice community-based agriculture with a Christian agenda. Bolivian Mennonites are hardly different than their European, American or, for that matter, South American, counterparts. ‘I’d say 97 percent of all the world’s Mennonites rely on their cows’, Pedro cackles. ‘The same number probably uses their kids, too. For work, of course.’

Perhaps that’s why the kids scowl the hardest.

Though the majority of Bolivian Mennonites are, in fact, born in Bolivia, the question of their citizenship is complicated. And it doesn’t seem to interest many Mennonites. ‘I would estimate that there are at least 75 Mennonite communities here in Bolivia. They’re all over, but mostly here in Santa Cruz’, Pedro informs me. ‘I don’t give a damn about my citizenship. We give birth at home, we work at home. We only come here to buy what we can’t grow in the field.’

Walking through the market, I hear the familiar twang of my home, the American South. But it speaks a vocabulary I do not comprehend; this language, guttural and full of heavy inflection, is what Pedro calls alemán bajo. That is, an antiquated dialect of German from Saxony and the Netherlands. Twangy and slow, like iced tea. Or bratwurst. ‘It’s different from what those folks in the city speak. We’re different from Germans.’ Certainly different from Bolivians. Or anybody I’ve ever met, for that matter.

In my frenzy of trying to chat with these reticent individuals and taking unwanted photos of them, I get lost. So I take a taxi. The driver, amidst many warm-hearted bienvenidos and broad grins, tells me how keen he is on the Mennonites. ‘There’s plenty of Europeans in Santa Cruz, as you can see.’ He motions with his non-steering hand, and I see the pale complexions, the Western dress. ‘That’s not a problem. These ones just don’t even try to communicate with us.’

I ask him if he has Mennonite friends. He laughs. ‘Of course. They’re interesting people. They always laugh at my jokes.’ He pulls over and nearly punches the hazard button. He shakes with fervor, settles down and cracks a deep smile. ‘We believe in the same God. We walk the same road. I only wish more of them knew how to speak Spanish.’ 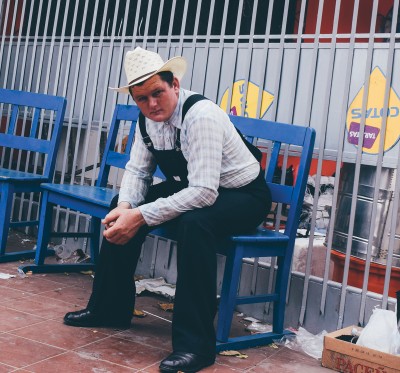