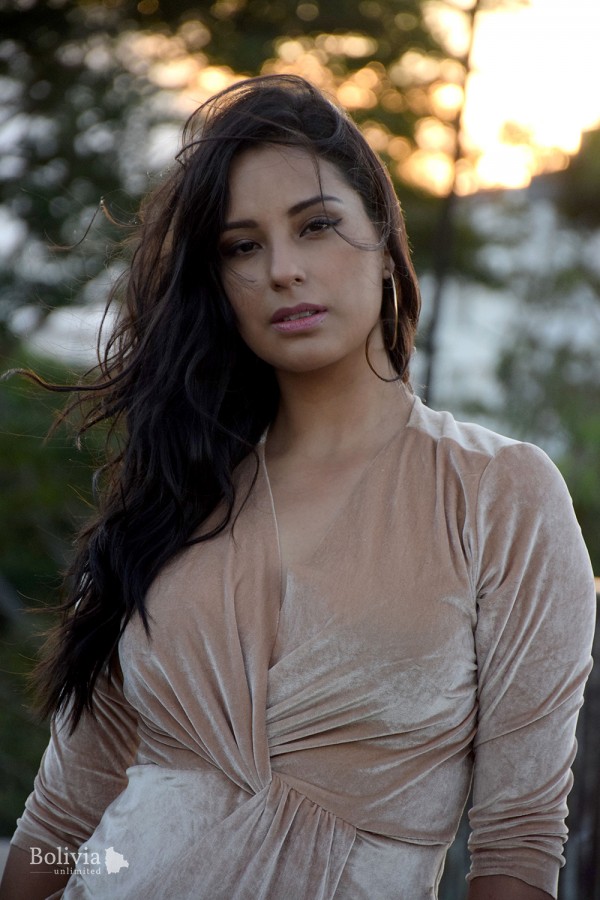 A bastion of Bolivian folk music

No doubt anyone who has paid mind to the music on the streets and in the nightclubs of La Paz would notice that the current generation is entranced by the bombastic drums and melodic synths of reggaeton. In all its inescapable glory, reggaeton refuses not to be heard. It dogs the commuter, booming from the maestro’s sound system and forces even unwilling feet to tap to its rhythm. This reggaeton takeover, however, threatens to undermine Bolivian folk music, a guitar-heavy acoustic genre that has dominated the country’s pop culture until recent decades. But Mayra Gonzales, a proud paceña musician, stands by folk, unconvinced of its supposed decline and reassured of its strength.

Gonzales was just seven years old when she started playing piano, while growing up in La Paz’s Sopocachi neighbourhood. But despite this early start, she says, ‘I dropped playing piano because I was concerned with my studies and was really disconnected from music until I was 17 years old.’ It was then that Gonzales joined the paceño blues band Almitra, alongside her brother Daniel Gonzales, before joining Grillo Villegas’s band Llegas as vocalist. ‘It was like school for me, Grillo Villegas taught me a lot about music,’ Gonzales explains. ‘It was the most important time in my career.’ After Villegas moved on to other projects with his career, Gonzales was left to ponder her own musical future. She decided to go solo, and called on Villegas to help produce her first album, Árbol de la vida. Gonzales refers to the album as her ‘first baby’ – a testimony to its importance to her.

Mayra Gonzales, a proud paceña and musician, stands by folk, unconvinced of its supposed decline and reassured of its strength.

With her debut album, Gonzales soon began receiving national and then international acclaim. She accepted an invitation to RockBol USA, a music festival in Washington, DC, showcasing Bolivian talent, in August 2017. Because her backing band couldn’t attend due to lack of funds, Gonzales played alone, adapting her setlist and playing acoustic. While it was an unfortunate circumstance, it showed Gonzales that she could play solo very well, and shortly thereafter she recorded a solo album. ‘I then arranged songs with various artists,’ she says, ‘and that resulted in my second album, Bolivia, piano y voz.’ This year, Gonzales accepted an invitation to be a judge on the musical competition television show Factor X Bolivia, necessitating in a move from La Paz to Santa Cruz – a change that proved controversial to folk-music purists. Despite this, Gonzales says, ‘Since being in Factor X, I have been more in touch with the younger generation who are more in touch with urban and pop music, and I feel like I’ve reached out and inspired taste in folk music.’

But today folk music in Bolivia doesn’t have the universal reach it once had. Despite the strengths of talents such as Matilde Casazola, Willy Claure and César Espada (all of whom had helped in the production of Bolivia, piano y voz, including the classical musician Fernando Román Saavedra), it’s no secret that the youth of today aren’t as engaged with traditional Bolivian music as previous generations. And Gonzales doesn’t see her music as a means to change the trend. ‘You can’t change people. That’s not the objective that I have,’ she explains. Instead of changing entirely to adapt to the palate of the masses, Gonzales aims to to adapt folk music to offer something similar yet true to the genre. ‘I am always looking towards evolving,’ she says, ‘not moving over to the mainstream.’

This is very much the stance Gonzales takes in the production of her new album, which she’s currently working on with help from producer Dorian Mendez. Gonzales says that her taste in music is ever changing, and she’s been working in phases and switching between various genres, ranging from soul and R&B to electronic music. Gonzales confesses, ‘I wasn’t sure whether I liked folk, but it was just very natural to me.’ But, she concludes, she’s ‘not going to be a purist,’ and her music reflects her different tastes – which her new album will showcase. By staying loyal to her folk roots but adapting to the modern musical landscape, Gonzales can help folk music rediscover its footing in Bolivia.

‘I am always look towards evolving, not moving over to the mainstream.’

‘We need folk – it’s our culture, it’s who we are. If we lose this, then we lose who we are,’ Gonzales says. And with the changing times, the key to folk music’s survival is its adaptability. This is something that Gonzales is aiming towards and something that we can look forward to with the release of her forthcoming album.