The FITAZ festival went off with a bang on its first weekend with performances of Mátame, Por Favor on the nights of Saturday 24 and Sunday 25 March in the Espacio el Desnivel theatre space. It was performed by Escena 163, an artistic collective created in 2004 that is known nationally for writing and performing its own theatrical pieces. Mátame, Por Favor was written and directed by the Bolivian playwright and co-founder of Escena 163, Eduardo Calla, an allrounded artist with complementary experience in acting who this year celebrates his 14th year in theatre. 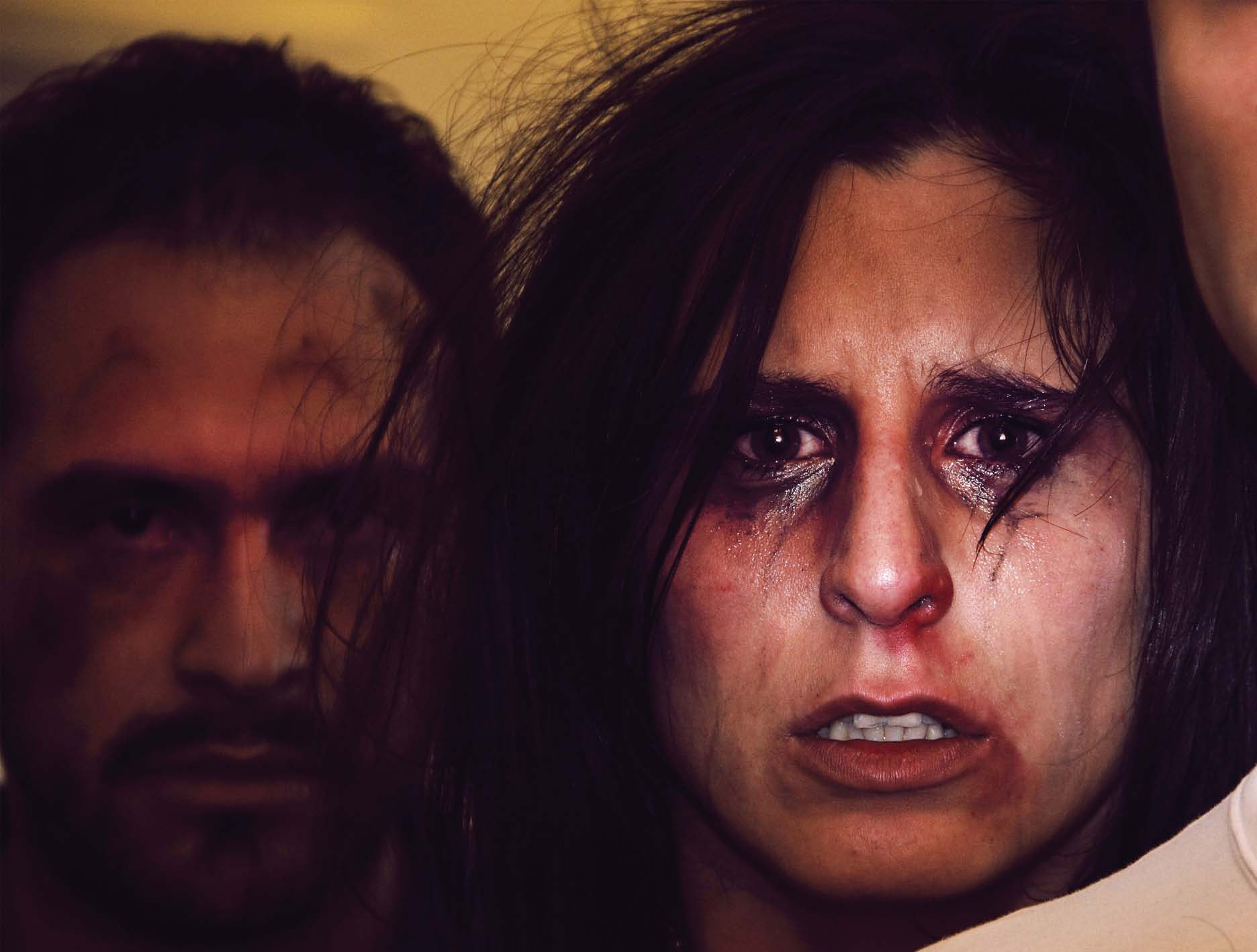 The entire play is set in the room of a 'good guy' who has been taken hostage by two unknown men, and who - from the opening - can be seen tied to a chair facing his neighbours, whom he is forced to watch being tortured. By her dishevelled appearance and terrified expressions, the neighbour woman appears to have been raped. Her husband, with his body covered in bruises, appears to have been violently beaten up. The two antagonists, who are introduced as undercover agents of some type, have unclear motives as to their actions. There is a hint of mystery throughout the entire performance, heightened by the non-specific roles of the performers and powerful, unpredictable and ultimately deafening music.

The small but impressive cast are key in creating an atmosphere in which the audience engages with the different characters and finds themselves, literally, on the edge of their seats throughout the entire performance. Christian Mercado stands out, giving an excellent performance as the head kidnapper and delivering a heart-wrenching monologue whilst demonstrating a sort of evil intelligence and wickedness to his character that holds the dramatic tension of the play. His accomplice, played by Anuar Elías, is perfect for the role of Manuel with his freakish appearance, jittery actions and hilarious tone of voice for the few volatile words he is given. Elías sets the scene early, poised to one side of the stage, looking nervous and apprehensive as the audience is seated. Diego Toledo, playing the 'good guy' victim, has few lines, but he uses his facial expressions and silent mien to convey a frightened, wounded presence. Finally, the neighbours, played by Patricia García and Rodrigo Reyes Ríos: García's presence is fundamental in conveying her character's trauma, with her incessant shouting, crying, and screaming until the audience shares her angst. During the more intense moments of the performance she wails loudly, and other times is completely silent as her kidnapper reads a novel, thereby contributing to the ambiguous ambience of the play.

Eduardo Calla describes his play as a complicated black comedy, risky and very critical of our society. What I enjoyed most was how it effectively conveyed the emotions of fear and terror whilst still fulfilling its comedic nature, mainly through the use of the character of Manuel, as well as the almost-outof- place but effective choice of music. It is a performance full of extremes and contrasts: violence, humour, fear, jokes, and outrage. Above all, it is a drama in which the audience plays an active role fuelled by trauma along with the mysterious nature of the play, which provokes a questioning attitude amongst viewers. Through his own text, Calla gutsily gives a representation of society that isn't all too glamorous, exhibiting the despair, humiliation, and brutality of a not-so-perfect world. Overall, it is a well-executed play with excellent use of music, lighting, and minimalist staging.