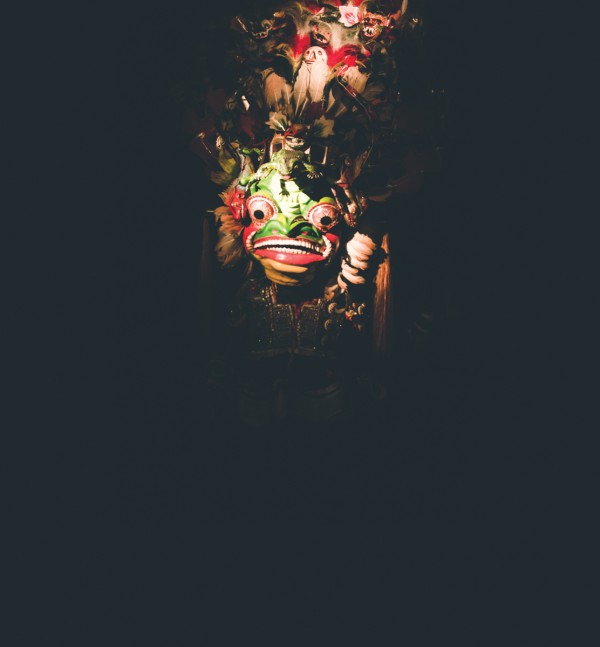 A Visual Introduction to The Indigenous Craft Art of Bolivia

The smell of freshly baked salteñas drifting through the plazas in the morning, the taste of the impressively spicy llawja drizzled over lunch, the sound of the same few endlessly played reggaeton tunes blaring from nightclubs – arriving in Bolivia is a veritable assault on the senses.

Yet what impressed me most of all were the sights. I’m not referring in particular to the natural beauty of the setting sun reflecting in the still water of Lake Titicaca, or even to the world-famous gleaming-white salt flats. No, it was the man-made sights that made the greatest impression on me. The tejidos sold by women in la Feria de El Alto contained an infinite variety of patterns, the meanings of which were incomprehensible to me. When in Potosí, I attended a street festival, where the vibrant, almost startling máscaras worn by participants were hard to forget. I set out to discover more.

They contained an infinite variety of patterns, the meanings of which were incomprehensible to me.

Back in La Paz, I sought out mask maker Andres Pari. Perched on wooden stools in his small workshop, half-finished masks staring menacingly down at us, Andres told me his story. Orphaned as a child, he earned a living learning his trade, working with different maestros, ‘So that is how I learnt, little by little, like in school,’ he says with a twinkle in his eye. A world away from my own schooling in England, the comparison seems incongruous. Yet I am beginning to discover that mask making is a trade, a skill to be learnt like any other.

Pari works predominantly with tin, using a mould to shape the material before marking it and cutting it down to size. Afterwards comes the colour: ‘First we paint the inside in white and after we use the colours,’ Pari says. ‘That's how we do it. Others don't want it painted. It's up to the client.’

The festive use of masks in Bolivia dates back to pre hispanic times and differs greatly from the quotidian function of pre-colombian textiles. I went to Sucre to visit the Museum of Indigenous Art run by ASUR (Anthropologists of the Southern Andes). There, I spoke to Mercedes Renjel about textiles from the Quechuan communities of Tinguipaya, Jalq´a and Tarabuco.

The birds, stars and suns which dominate the textiles from Tinguipaya, north of Potosí, represent the world above, or janaq pacha. In contrast, the textiles of the Jalq'a community, northwest of Sucre, are populated by unknown, savage animals and demonic deities called supays or saqras. These chaotic designs represent the depths of the interior world, or the ukhu pacha. Those made in Tarabuco, southeast of Sucre, depict the day-to-day life of inhabitants. ‘You can see their daily life as well as their dances, rituals, games, work, farmland and animals,’ explains Renjel.

The work of tejedores and mascareros may be unlike in many respects, but some comparisons can be drawn. Among the masks worn in the dance of the diablada, we encounter the ángel and the diablo, representatives of janaq pacha and ukhu pacha, respectively. These masks evoke figures not largely dissimilar from those seen embroidered on the textiles of the Tinguipaya and Jalq´a communities.

When leaving Pari’s mask workshop, I ask him if there’s anything else he’d like to tell me. He thinks for a moment: ‘Something that I'd like to offer you?’ I nod. ‘¡Trabajo!’ We laugh. The work of these craftspeople is so highly valued by their respective communities, so deeply ingrained in their cultures, that the thought of a novice like me attempting to do it is, well, laughable. 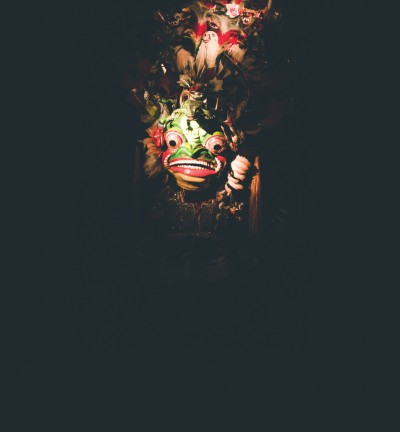