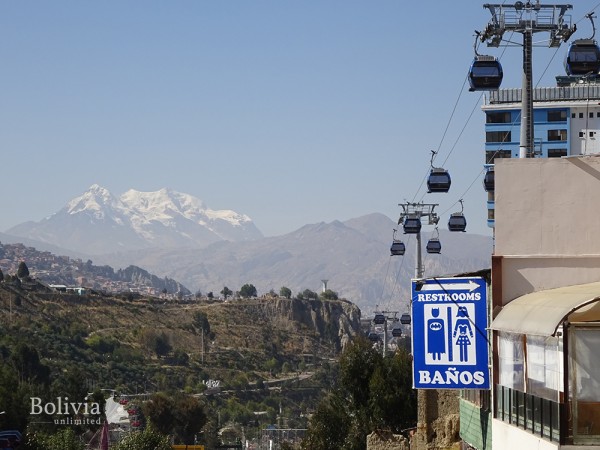 The fight between society and technology

Luchas para la transición, a book written by Jorge Viaña Uzedia last year, provides a fascinating insight into socialism in Bolivia. The book tackles modern issues such as technological development and its contradictory consequences for Bolivian society and the upholding of a traditional culture rooted in nature. Viaña, who is the coordinator and leading investigator of alternatives to development and emancipative education of the Instituto Internacional de Integración del Convenio Andrés Bello, has a passion for the subject and a fascinating outlook on modern day society under Morales’ socialist government.

This recent publication follows Viaña’s previous book released in 2010, called Construyendo fundamentos en la lucha por la construcción de un Socialismo Comunitario, whereby he brings into question the works of the German philosopher and economist Karl Marx.The previous book lays out some of the basic political premises from which he builds on in his new work to sustain that ‘technology reproduces domination and exploitation and so risks the degradation of the human being.’

‘Technology reproduces domination and exploitation and so risks the degradation of the human being.’

By walking around La Paz and particularly Zona Sur, you can see that there is a surge in technological development, as well as in in transport and the construction of residential and commercial buildings. There are six teleférico lines at the moment, and a further five are either being constructed or at the planning stage as a strategy to reduce traffic in the city. A more controversial technological development is the construction of a highway that will run through the Isiboro Sécure Indigenous Territory, also known as Tipnis. Now that Evo Morales has approved the construction of the road, this project will greatly affect the 14,000 people who live in the territory as well as the rich biodiversity that surrounds them. Technology will always come at a cost to society. How much cost, is a decision any government must struggle with.

Viaña’s book stresses the need for a thorough analysis of technology in modern day Bolivia and for a non-sterile debate on socialism. There are advantages of cutting-edge technology in Bolivia. The German company ACI- Systems GmbH, for example, has recently set about extracting the lithium from the Salar de Uyuni to make lithium batteries for electric cars. Since electric cars are environmentally friendly, they are fundamental in an age where climate change is a pressing issue. Viaña believes the extraction of lithium is positive for Bolivia and a good use of technology. The most important question for him when analysing these developments is: ‘what type of technology is it and does it exploit human interests?’

In Bolivia, however, construction and technology can provide a contradiction with vivir bien, an ancient indigenous paradigm that stresses the importance of living in harmony with nature. The concept is based on the notion of the ‘centrality of life’, which places nature as the most important element of a community and the human as the least important. Pachamama is celebrated here in Bolivia and as a representation of nature and its importance for humankind. According to Viaña, explains that Marx believed that the land was a prolongation of humans’ hands. This is a concept shared by the Bolivians who abide by the principles of Pachamama.

We should change our vision of the relation between nature and society and reset it with through the praxis of history.

‘We should change our vision of the relation between nature and society and reset it through the praxis of history,’ Viaña says. Perhaps this relationship could be improved by bringing together the dualistic visions of anthropocentrism on the one hand and ecocentrism on the other. By mentioning ‘the praxis of history’, Viaña alludes to the practical, not theoretical, evaluation of human history that can give us a better understanding of nature and help us create a community for both nature and human society.