Love in the Andes 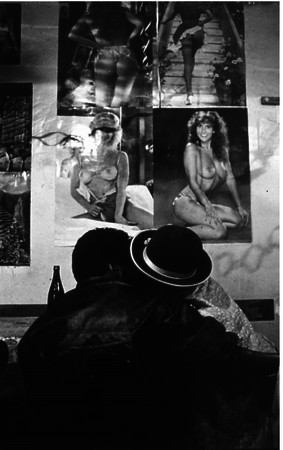 Courtship and Marriage Rites in the Altiplano

Within the Andean conception of life, getting married follows a higher purpose than simply finding a companion for life. The idea of dating for weeks or years with a series of different partners until you find the right one is not a familiar idea around these parts. The marriage ceremony for indigenous people of the Altiplano is a social ritual in which the whole community takes part. After this rite of passage, the individual is afforded a different status which affects their affairs, on a social and practical level. The Aymara word for marriage, Jaqichasiña, literally means ‘the making of a person’. That is to say, personhood is only fully achieved with marriage.

Come Together
But how do couples find each other in the first place? Large celebrations are organised at key points during the year, in line with the agricultural cycle. These fiestas can bring several neighbouring communities together, and revelers spend up to three days dancing, playing music, giving offerings to the Pachamama and, no less importantly, pairing up.

Carnival (celebrated in February) and Todos Santos (All Saints, held in November) are two such occasions in which bachelors and bachelorettes wear their finest clothes, and come together amidst alcohol and ceremonially-sanctioned euphoria. Dr. Henry Stobart recounts how an evening of ‘singing and dancing from house to house during All Saints later transformed into a sexual frenzy on the hillsides’. Similar accounts are proffered by sociologist David Mendoza and anthropologist Dr. Eveline Sigl in Eroticism, Sexuality and Dances in the Altiplano, where they argue that up to 70% of unions are created during festivities.

Courtship in the Andes may lack passion and romance, as they are commonly understood, yet this doesn’t mean it’s lacking in eroticism or humour. Ritually speaking, dancing is a way to celebrate and summon the fertility of the earth during the sowing of the field and the harvest. It’s no coincidence the reproductive cycle is related to the agricultural cycle, as sexual activity is punctuated by celebrations which mark the planting of the first seeds, and the first harvest months later. In their article, Sigl-Mendoza document the belief that the singing, dancing and enjoyment of the young couples boost the productivity of the crops. Mendoza tells me that, even empirically, ‘there is a marked upsurge of births in November – that is 9 months after Carnival. When people ask who is the father of the baby, some will answer, ‘the wawa was brought by the pepino’; a common way of explaining the baby is a carnival lovechild.

Evolving Indigeneities
The last thirty years saw a change in the love practices and rituals of the Altiplano, and while arranged marriages can still happen, they are no longer the norm. Neither is the kachua, a rite of passage involving teenagers meeting for their first sexual encounters at Munaypata (a name to denote the ‘place of love’ in many rural communities, usually a hill. It is also the name of a neighbourhood in La Paz where couples met in decades past). On their part, urban areas which have received an influx of rural migrants have progressively adopted a more Western approach to dating, and limit themselves to re-enacting traditional dances without necessarily taking part in the corresponding rituals associated with courtship and the harvest.

In rural areas however, these courtship rites are suffused with humour and even involve occasional acts of mutually consented violence, all part of the game, of course. They are, perhaps, personified by the figure of Pepino, an Andean version of Arlequin/Pierrot, and emblematic of Carnival in general. Another figure is the ‘Cholero’, who dances with two women and satirizes adulterous behaviours, as well as the kidnapping of a bride. The characters are lascivious; the Pepino, for example, follows women with his ‘chorizo’ stick and creates an abundantly sexual, albeit jocular, atmosphere.

Pragmatism and Potatoes
The eroticism of the dances is further expressed in the dance costumes, though not in the way we might imagine. In contrast with Westernised conceptions of sexuality, the showing of flesh is neither common nor eroticized. Sigl-Mendoza believe the attractiveness and desirability of a woman is in no small part based on the quantity and quality of the pollera skirts she is wearing. The multiple layers represent fertility, and the quality of the patterning of the dresses (presumably made by the woman herself) signal attention to detail and, ultimately, the ability to be a good wife. Again, attraction and compatibility are not based on passion, but on a more pragmatic rationale which has as its core value a spouse’s ability to work. As Dr. Canessa puts it: ‘There’s no point in finding a guapa that can’t work’. This heightened sexuality surrounding the dances augurs fertility for crops and villagers alike.

Potatoes are central to the economy and metaphysics of communities in the Altiplano – they represent fecundity and sustenance. Mendoza explains that, like potatoes, women are meant to reproduce abundantly. P’itikilla potatoes, famous for their manifold ‘eyes’, are furthermore used in some villages to test the dexterity and attention to detail of a bride-to-be. It takes considerable skill to peel them without them losing their shape, and doing so with skill is desirable (among other reasons) because it indicates a waste-not attitude. Further parallels can be found between women and potatoes in the Andes: ‘some potatoes, which grow into the shape of a woman, are blessed during the first harvest and put back into the ground’, Mendoza tells me. Interestingly, while it is men who plough the fields and open up the earth, it is the women who are in charge of planting the seed. That is to say, in this apparent inversion of roles, women are imbued with seminal properties, whereas men prepare the space within which life will germinate.

Love can be hard
As part of the celebration and enjoyment, there is a ‘violent’ component to the dances, albeit one of a playful nature, which can be understood as a game symbolizing attraction and desire between the partners. It goes something like this: the man steals a garment from the women he is interested in, such as a hat or a scarf. If the girl is interested, she can then go and retrieve it reciprocating the attraction. Whatever happens next, happens. They may even run off, disappearing for a couple of days. The man has ‘stolen’ the woman away.

Upon their return, heads hanging low, they must confront the girl’s parents who wait indignantly at her house. The reception involves a combination of anger, shame, and even physical chastisement of the young man, who must take it as his due. ‘It is the role of the bride’s parents to beat the young man for taking away their daughter, although the blows may be hard enough, there is no anger behind them’, writes sociologist Dr. Andrew Canessa in his book Intimate Indigeneities, Race, Sex, and History in the Small Spaces of Andean Life. During our interview he adds: ‘it’s all a bit of a drama, but no-one’s acting it out. Everyone knows it’s going to happen and no-one is surprised when it does’. It is more of a symbolic gesture meant to establish the balance of power within the family. However, Mendoza explains how a woman’s violent gestures towards a man become part of their sexual repertoire, emphasising the erotic nature of these displays.

Love without Love
These encounters are not romantic nor do they involve passion in the way we are accustomed to. Dr. Canessa provides an account which explains this dynamic: ‘Nobody talks about falling in love, there is no discourse of falling in love’. When asked how they met, couples often give a response which can be summarised as: ‘He came to me and asked me if I wanted to be with him. And so we were together’. Kissing and physical affection are not common between partners, nor is it present in their accounts of their relationship history. Dr. Canessa also points out that the average age of first sexual intercourse is 4-5 years higher in the Andes than it is in tropical regions, an important and telling difference. In general terms (and although accounts vary in some measure depending on the village), the Andes is not a region which places a high importance on sexuality, nor is it a place where it’s openly explored. Referring to his experience in the village of Wila Kjarka, Dr. Canessa explains that ‘sex is not a big thing there, certainly not in this community. Of course they do it and they enjoy it, but they don’t talk about it at all’. This doesn’t exactly mean they are prudish. Although it’s not talked about, ‘no-one is embarrassed by the fact it happens. People live in the same room so you’ll grow up listening to people having sex, your parents for example. They’re quite quiet and happen under the cover. People don’t take off their clothes to have sex’.

It’s important to understand that the apparent absence of romantic passion doesn’t denote a lack of love. Yet, insofar as it can be understood as such, it is a love based on a different, more pragmatic vision of life. The Andean conception of life ultimately values the ability to create a family and work the land.