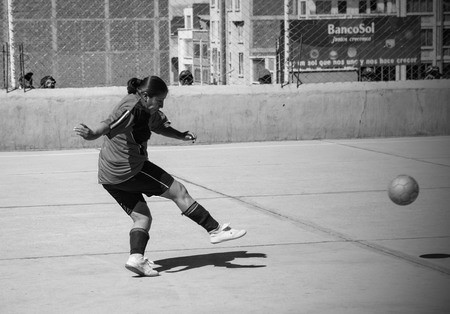 Bolivia, and especially La Paz, is home to a unique and vibrant setup of footballing leagues. Neither entirely professional nor fully amateur, these informal but well-organised competitions have given rise to Los Siete Ligas. In this article, Leo Nelson-Jones explores the unique nature of the phenomena of these players and looks into the reasons why so much young footballing talent has been attracted to this life over the years.

The name Siete Ligas, contrary to what I and presumably many others may have thought, does not actually refer to there being seven amateur leagues (there are many more), but instead to those who play in these informal leagues. These players are paid by their clubs but, crucially, are not on a contract, meaning one can’t exactly describe them as professionals. The name—the ‘seven leagues’ in English—stems from the idea that one player could theoretically take to the pitch in seven different leagues through the week (for seven different teams) if he so desired. The reasons why this is not an uncommon thing for a player to do lie in the nature of the leagues in which they play, and the state of Bolivian football in general.

Siete Ligas take part in a unique system of football, comprising many different leagues, existing in a space somewhere between the amateur and the professional. Each league has its own slight variations in rules that govern how many contracted professional players a team may employ. Normally, it’s three, as in the case of perhaps the most famous and impressive league operating in La Paz: El Tejar.

Nowadays, these contracted players come from smaller second-division professional clubs and play in one of these informal leagues as a way to earn extra money. In the past, players from some of the biggest clubs in Bolivia would turn out. However, over the last 30 years, established clubs have become more protective of their players and are no longer willing to let them risk injury by letting them play on these teams. It’s not just these contracted players who are able to make money in these leagues, though.

The fundamental reason behind the existence of los Siete Ligas is the fact that players get paid. Unlike the contracted pros, a Siete Ligas is able to turn out for as many teams as will have him and, typically, he will get paid for this service. This payment will vary from player to player and team to team. More often than not, it will be a straightforward case of the dirigente paying a Siete Ligas player perhaps 200 bolivianos for a match. Sometimes, however, this payment can take a more indirect form. Players may be treated to nice dinners at fine restaurants with their families and be provided free high-quality transport to and from matches. This is, admittedly, more frequent in the higher-profile leagues such as El Tejar, where, according to Mario Murillo, a sociology lecturer at UMSA (Bolivia’s largest state univeristy), and an expert in los Siete Ligas, dirigentes can spend up to 5,000 bolivianos per match. In smaller leagues, the teams are more often made up of genuine amateurs. These may be friends or family members of some of the Siete Ligas players, or simply just members of the community that they’re representing.

In a league like El Tejar, the quality is often of professional standard. In fact, players can often make a better living as Siete Ligas than if they went fully pro (apart from the big-name clubs such as Bolívar or The Strongest, professional football in Bolivia does not pay well). A Siete Ligas can earn up to 1,500 bolivianos (a little more than $200 US) a week, whereas a small professional club would often pay significantly less. Accordingly, players in leagues such as El Tejar are very often just as talented as many professional players. In many cases, they may actually have played professionally for a period. Additionally, some of the older Siete Ligas players are ex-professionals who formally retired in their early 30s but still earn money on the pitch. In this way, these informal leagues provide a similar quality of football and standard of living as the professional leagues, but in a less formal setting.

The very existence and nature of los Siete Ligas suggest another reason why many young players join the system. Although the established football leagues present themselves as professional and serious, there is a sense that this isn’t quite true. Mario Murillo expressed this sentiment by saying, ‘Everything is make-believe. If you see a football match in Bolivia, everyone is just standing around or rolling around on the floor. It pretends to be real but it isn’t’. Also, the Bolivian football infrastructure and institutions are almost non-existent compared with other countries, especially when it comes to discovering and cultivating new talent. Football scouts are virtually unheard of, and football schools are scarce. As a result, young talent routinely goes unnoticed. In contrast, other South American nations such as Argentina actively scouts its youth, who are often from very poor backgrounds (Carlos Tevez, for example). One can’t say that there’s any shortage of talent or passion for the game in Bolivia; it’s just never introduced into a formal football setting. People grow up playing on the street or in parks like everywhere else, but, whereas in other countries they’re placed into football schools and programmes that can lead to professional careers, in Bolivia they end up becoming Siete Ligas.

But being a Siete Ligas can also confer a certain amount of status upon a player. These leagues provide players with the opportunity to achieve a level of fame and respect that would otherwise be unattainable for them, while also allowing them a more relaxed lifestyle than they would have playing professionally. Players can become famous within the circles that follow the leagues and in their respective communities. There are seldom cash prizes awarded for winning the leagues (though heads of cattle are known to be offered as trophies), which means that the dirigentes both run and invest their time and money into these clubs solely for pride and the love of the game. This passion is echoed by the players and spectators, a fact which is evident in the energy on the pitch and the cheers from the crowds, which can number up to a thousand in some of the more popular leagues.

These leagues have found a special place in the landscape of Bolivian football. The quality that they exhibit and the passion which is displayed for them, both on and off the pitch, have lead to them becoming a well respected institution in themselves and they now attract some of the brightest talent that Bolivia has to offer. In a way, though, they are also a reminder of what is wrong with Bolivian football. The lack of a widespread infrastructure has fostered the development of informal leagues but it has certainly held Bolivia back. The talent that can be found in leagues such as El Tejar, had they received some proper footballing schooling, could have grown into top quality professional footballers and to an outsider, this seems like a bit of a waste. However, there is a sense that many Bolivians don’t seem to mind this. Mario Murillo concluded our conversation and summed up this attitude by saying this: ‘Things aren’t really changing in Bolivian football because we don’t necessarily want them to’. It seems that even though informal leagues draw talent away from the professional game and thus from the national side, people have forged out a special place for them and now couldn’t imagine Bolivian football without them. 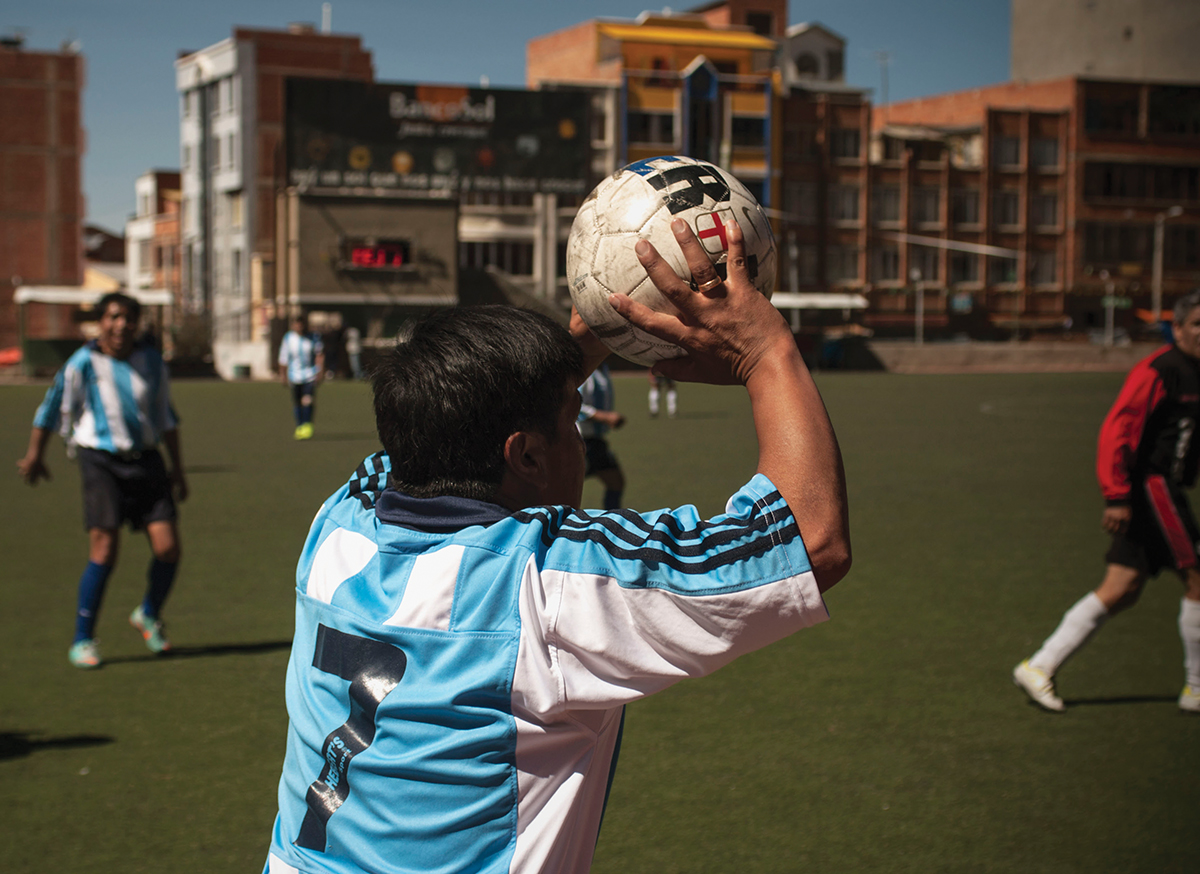