Los B gathers some of Bolivia's most talented actors and throws them together in a script that gives a face to Bolivia's bourgeois of the 1980s. Based on Thomas Mann's novel Buddenbrooks, the play tells a story familiar to modern Bolivia: a once wealthy family, whose fortunes are in decline, in a decade of political, economic and social turmoil. During a family gathering, the characters grapple with death and financial instability, and the changes these bring to their roles in the household. The group left at the end of the play is very different to the family we began with. 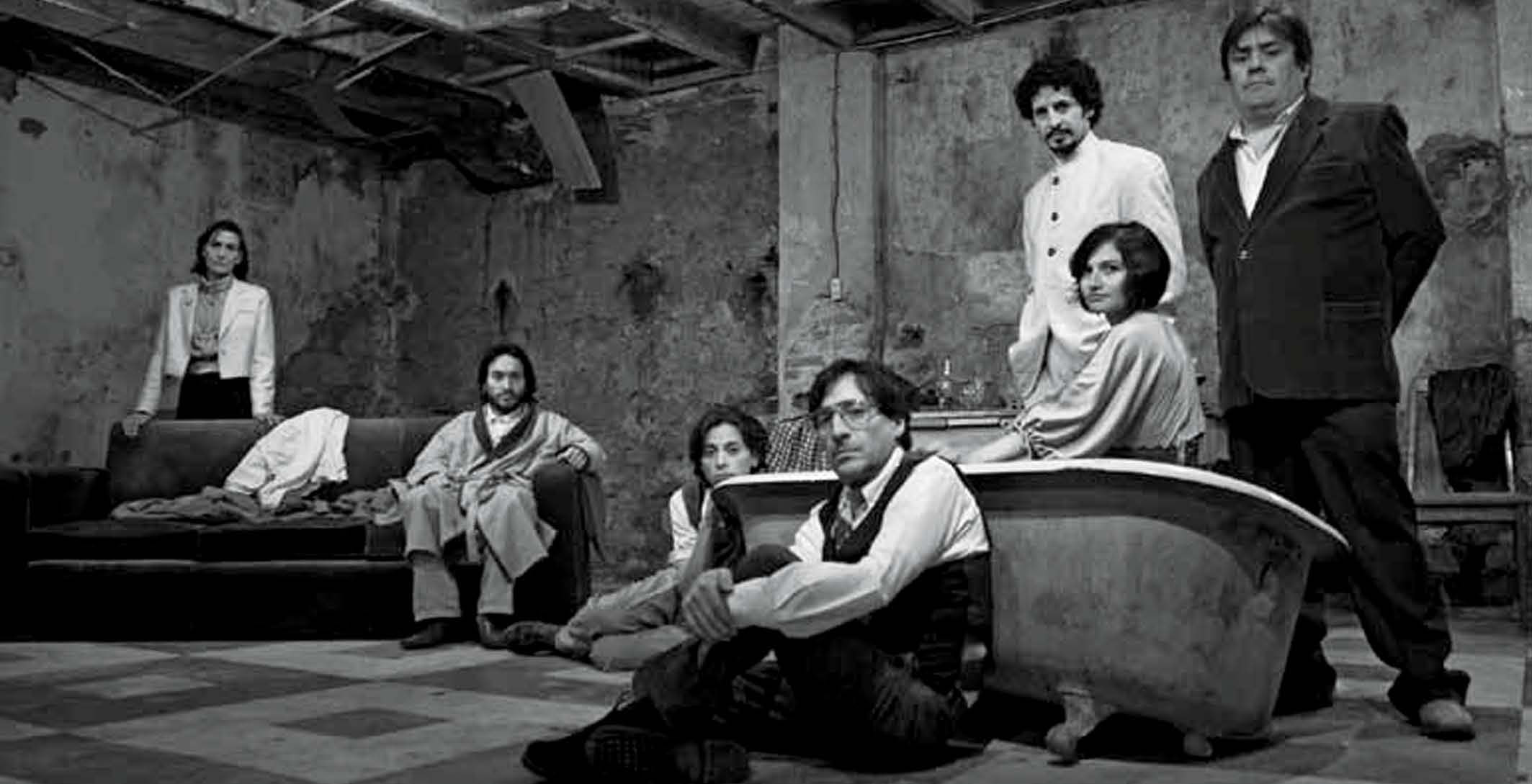 The play makes excellent use of the Centro Sinfónico Nacional; set in a basement room of the building, the audience are invited to sit around the scenery, creating an intimate environment that suits the play perfectly. Close proximity to the actors allows every detail of their performance to be scrutinised, and the actors of Los B do not disappoint. Alejandro Viviani's Christian is particularly noteworthy; where others may have neglected to recognise more than a clichéd, clownish figure, Viviani brings comic relief, emotional intensity and sensitivity to the play. However, while personal opinion draws me to his performance, all seven actors shine equally. The beauty of the play is that it allows the audience to choose which cast member to identify with; arguably you need to watch the play seven times, each time focusing on a different performer. It is a credit to the actors' skill that none of them protrude as the protagonist: aspirations to individual stardom are set aside in favour of a cohesive effort for a star ensemble performance.

The play's direction is similarly outstanding. Percy Jiminez, writer and director of the work, leads us through a plethora of sentiments using simple yet effective tools. Barely noticeable details, such as the faint noise of a piano recital upstairs, or a piercing whistle in moments of intensity, guide the audience to the intended emotion. It is a perfect lesson on the effectiveness of subtlety

The script, however, does feel like it is lacking one vital ingredient. The successful strategy in Jiminez's direction – doing so much with little – has not been employed in his script writing. In attempting to address too many issues, it leaves us with too little information. Although enjoyable, it is difficult to define what the work wants to accomplish: ridiculing melodramatic women, exposing the dangers of pushy parents, satire bounds in all directions, and thereby leads us nowhere in particular. In this was the disappointment, yet, it is hard to be negative about a play with such talent on show. Los B is clever, provocative and while not perfect, a pleasure to view.