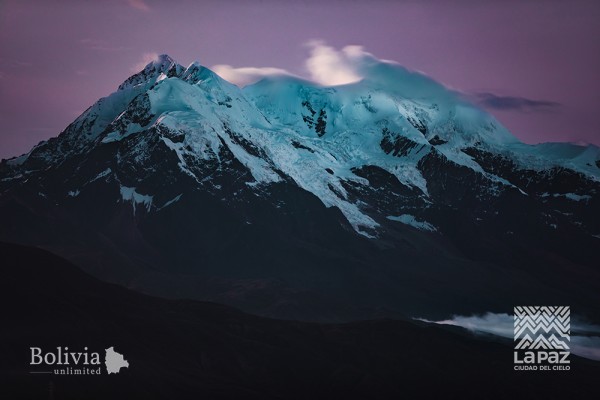 The gifts and challenges of the city in the sky

('Beautiful mountains saw you being born, the Illimani cradled you, and the kantuta gave you its soul, collita you had to be ...')

These lines mark the start of ‘Collita’, one of the most famous songs of the bolivian folkloric group Wara, in honour of the women of La Paz. They are not wrong when they say that paceños are born and live amongst mountains. That is what the city of La Paz is famous for: the Bolivian seat of government is the highest in the world, at 3,640 meters above sea level. Paceños grow up and live surrounded by snow-capped mountains, among them the Illimani as the most iconic peak of all.

Even locals can be affected by high altitude sickness when they experience sudden changes in altitude. Coca leaves are an ancestral remedy for this ailment.

The apus or achachilas, gods of the mountains, have been venerated by indigenous societies that inhabited the valley of Chuquiago Marka, long before the Spaniards baptised it ‘Nuestra Señora de La Paz’ in October of 1548. Next to the Illimani is another snowy mountain top, the Mururata, which means ‘cut head’ in Aymara. According to the legend written by the renowned Bolivian writer, Antonio Paredes Candia, both rocky titans were sons of the god Wiracocha. Mururata, however, was arrogant and envied the majesty of his brother Illimani, so he challenged him to a fight. During the brawl, Illimani used a sling with which he injured his brother’s head. Mururata’s body remained motionless and his head came to form the lonely mountain of Sajama.

The routine of a paceño is full of ups and downs. The city expands at a dizzying pace among varied topography and landscapes, shaping a daily race that could be considered extreme in other parts of the world. The International Skyrunning Federation says ‘skyrunning’ mountain races are those with a high technical level and an inclination of more than 30 degrees at more than 2,000 meters above sea level. This peculiar sport is practiced by more than 50,000 athletes from at least 65 countries. But what would be the equivalent of that race in a city where its inhabitants are constantly skyrunning?

The routine of a paceño is full of ups and downs. The city expands at a dizzying pace among varied topography and landscapes. 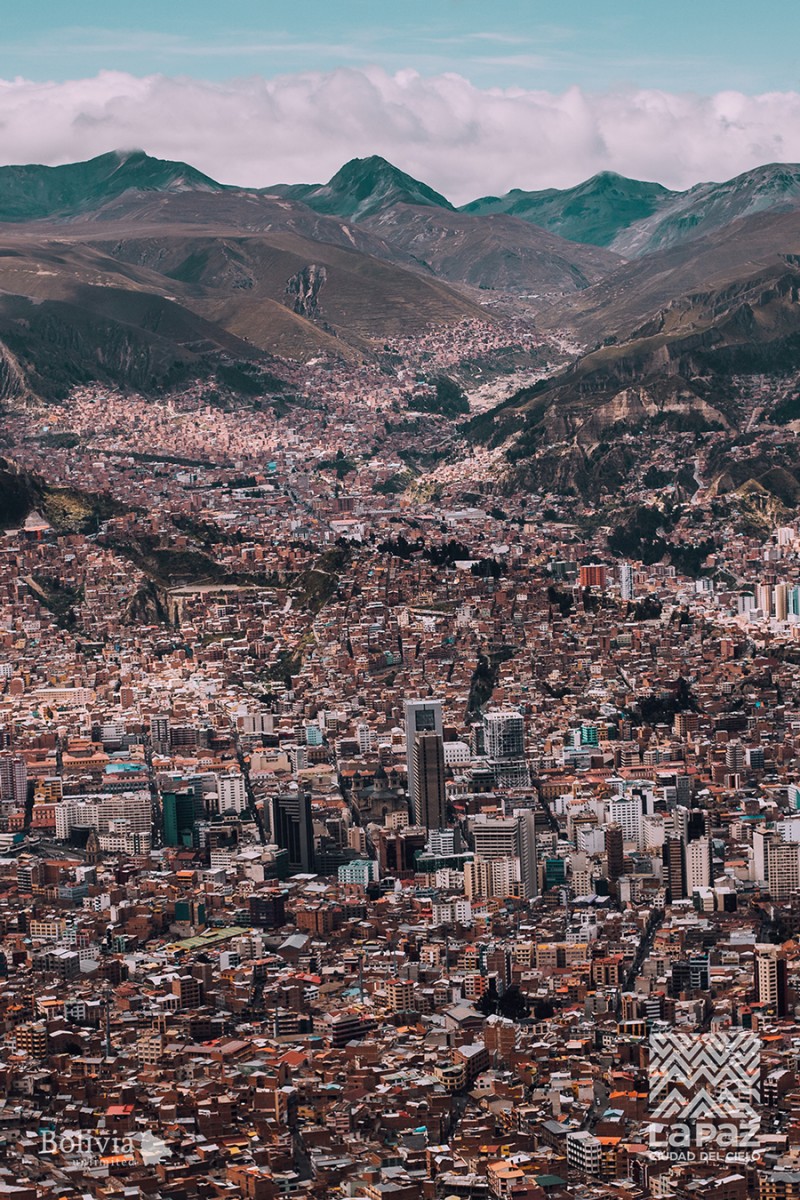 Skyrunning Bolivia organises such races at more than 5,000 meters above the sea , gathering runners from all over South America. The organisation emerged as an initiative of the Bolivian Ski and Mountaineering Federation with the aim of promoting mountain sports. It has three races scheduled for this year: Skyrace Illimani (on 15 June, 2019), Vertical Kilometer Pico Austria (on 24 August, 2019) and Skymarathon Sorata (on 9 November, 2019). The first race of the year was the Snowrunning Chacaltaya race. This mountain was famous for having the highest ski station in the world (at 5,421 masl) and was available for seven to eight months of the year. But Chacaltaya became the first tropical glacier to disappear in South America in 2010, due to the rise in global temperatures between 1976 and 2006. This desolate mountain is no longer iconic for paceños and the city has lost an important water source for present and future generations.

For many foreigners, the idea of living at this altitude seems like an insurmountable challenge, especially due to the lack of oxygen compared to sea level. Tourists, artists and diplomats, tend to consider the risks associated with high altitude when planning for a trip to the Andes. Those who live in the region, have lungs and hearts used to pumping enough blood at this altitude. But even locals can be affected by high altitude sickness when they experience sudden changes in altitude. Coca leaves are an ancestral remedy for this ailment. They are chewed, drank in an infusion or consumed in more concentrated products such as the Ajayo sweets. This millenary plant is beloved by locals who know their nutritional and therapeutic benefits.

Life in La Paz is vibrant in many ways. This is a city that is constantly evolving, with contrasts, cultural richness and an impressive biodiversity. A city where one can almost touch the sky.