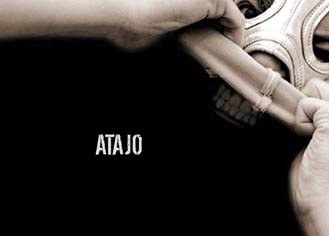 La Paz’s rightly famous indie-reggae- rock band ATAJO produced yet another accomplished and entertaining performance in Bolivia’s de facto capital at the ever-lively Sopocachi bar Target Urbano. The project that was to become ATAJO – which translates as ‘Shortcut’ in English – was founded in 1996 with the joining of a group of people who wanted to use music as a means to communicate and highlight the realities of certain social issues in Bolivia. The song ‘Hoja Verde’, for example, from ATAJO’s album Vivitos y Coleando, questions and criticises the work of the DEA in Bolivia and the agency’s ignorance of the cultural importance of the coca leaf in Bolivian society. However, the band’s various albums and songs address a range of different issues. In the words of ATAJO’s founder and lead singer, Panchi Maldonado, the band set out with the intention of ‘reaching hearts, touching souls and awakening minds’.

The band has been met with resistance from crowds and critics alike in the past, due to the subject matter of certain songs; however, ATAJO has correspondingly gained a cult following throughout Bolivia, particularly in La Paz, and further afield. Such support was demonstrated by the energy of those at the gig and the fervid enthusiasm between the band and crowd, who not only enjoyed ATAJO’s music, but also supported the messages conveyed in the songs. Hearing tracks both old and new, and spurred by multiple cervezas and the sheer fun of the event, all attendees had a riotous time.

ATAJO has had a revolutionary influence in the development of rock music across the country since the release of its first album, Personajes Paceños, in 1998. That album was one of the first urban rock albums to be released in Bolivia, and since then the band has continually aimed to instill hope in the people of Bolivia through its music and its message. Having toured Europe twice, ATAJO has also drawn ties between Bolivia and the rest of the world. Not only does the band intend to inspire change for a better future in Bolivia, but its music and its live performances are unparalleled across the nation. Read more about ATAJO and hear the band’s music at www.atajo. org. But even better, if you get the chance to see them live, do it!

La Paz–based group Santa Juana de los Mataderos – or ‘Saint Joan of the Stockyards’ in English – categorizes its music as a blend of electronic pop-punk with a touch of comedy and light-hearted theatricality. The group’s strives to present its music with undertone of humour, creating a joyous ambiance during live performances led by the enthusiasm and cheerful stage presence of lead singer Wara Cajías. At the group’s album launch at MUSEF – the National Museum of Ethnography and Folklore, which is more a theatre than a live music venue, with the crowd seated – there was an ever-present cheeriness and vivacity during the concert. Aided by a vast range of colourful and abstract computer- generated visuals projected upon a backdrop behind the stage, Santa Juana’s performance was fun and funky. The group’s music offers a variety of alternative pop material through the use of laptops and synthesizers to create programmed beats. These generated sounds work well with the guitar, played by Bernarda Villagomez, and the keyboards, by Sachiko Sakuma, accompanied by the clear-cut harmonies and powerful lead vocals of Cajías. The song ‘La Aparecida’ (‘The Apparition’) was the most memorable that night due to its catchy chorus and humorous lyrics, which tell the story of a girl who haunts her ex-boyfriend upon seeing him with another woman. Cajías’s revelry in performing this song was compelling, and her history of working in theatre was evident through her confident stage performance. Her admiration for iconic American singer-songwriter Stevie Nicks was manifest by her stage presence and vocal traits, which have been heavily and magnificently inspired by the former Fleetwood Mac star. Influenced by such bands as Culture Club and Soft Cell from the 1980s and Stereolab and Disco Inferno from the 1990s, Santa Juana is a part of a new wave of synth/ electo-pop bands that includes Ladyhawke, Little Boots and La Roux. 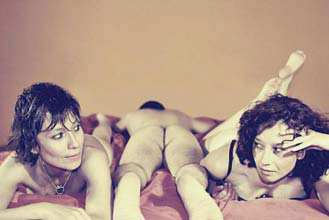 Cajías and Villagomez, who have been producing music together for two years, now have a three-piece (with the addition of Sakuma) that will continue to please crowds and critics alike due to its honesty and entertainment value. The band declares that its music is its passion, and Santa Juana hopes to continue to perform wherever it can, taking pleasure from live performances and the positive reactions it receives from the public. Santa Juana de los Mataderos is definitely worth a watch for a fun, inventive show. For more information on upcoming gigs and music downloads, see www.myspace.com/santajuanadelosmataderos. 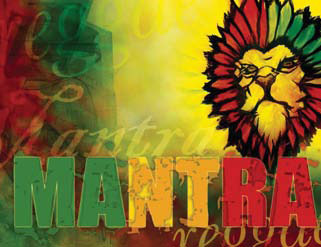 Mantra, a stalwart La Paz reggae group, provides a genuinely groovy reggae show with every live performance, consistently getting its bohemian audience out of the seats onto its feet with every appearance. The band – consisting of Brian Elio on lead vocals and bass, Charlie Jiminez on vocals and guitar and Marcelo Z on drums – formed three years ago when Jiminez and Elio decided to start a new reggae music project. Several drummers later, the band established itself as a three-piece reggae outfit, with its current lineup holding for around six months. Ttkos, a popular underground bar in La Paz with a friendly, funky vibe, hosts Mantra regularly, and despite the band’s repetition of various songs, each of its performances electrifies the crowd. Mantra’s influences range from various musical genres including rock, cumbia and trova – the latter two with roots in the coastal regions of Columbia and from Cuba, respectively. This blend of musical styles produces a melodic reggae sound that offers far more than the average Bob Marley cover band. Mantra also claims influences from bands such as Manu Chao, Gondwana and Fidel Nadal, revealing the variety of sounds within the wide-reaching realms of reggae music. The band currently only plays in La Paz, citing a lack of enthusiasm for reggae music in other cities as the main reason for its remaining in Bolivia’s de facto capital. However, Mantra has plans for an album in 2013, which it hopes will expand its fan base. Ttkos offers a reggae night with live music every Tuesday – a must for both travellers and locals alike. Check out Mantra at such venues as Target and Equinox, as well as Ttkos. For more information on upcoming shows, see Mantra on Facebook at MANTRA - REGGAE.