Lessons from the booth 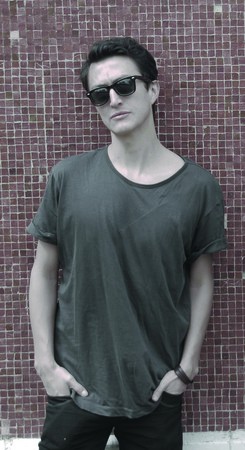 Walking into Traffic on the Avenida Arce at midnight on a Friday night wasn’t exactly a mind-shattering experience. Too early to attract a substantial crowd and being served a so-so cocktail by the hovering bar staff, the night didn’t seem to be headed anywhere interesting. Over the following hour, increasing numbers of people streamed into the club, each litter looking a little more tipsy than the previous one. As the empty dance floor slowly filled up, repetitive house beats had the crowd timidly bopping up and down. Yet when the clock struck one, a man in a bright turquoise shirt took over the DJ booth and started playing Mark Knight’s Alright, immediately drawing frenzied club-goers to the floor from tables and bar-stools far and wide

Marco Cuba, a Peruvian born DJ based in La Paz, plays techno and house beats and has performed at festivals and shows that have featured DJ powerhouses such as David Guetta and Seb Fontaine. DJ Marco Cuba is one of the most important and well- known figures in the Bolivian electronic music scene.

When asked about the origin of his career as a DJ, Marco Cuba speaks of his upbringing. In his house he was ‘bombarded’ by disco music his mother played in the house, as well as being exposed the 60’s rock his father used to listen to. Speaking of what attracts him to this line of work, he mentions the appeal involved in the never-ending search and discovery of new music, constantly looking for new artists and songs. Beyond his passion for harmonies/ dark beats/mixing, his profession has also given him the opportunity to travel to countries such as Argentina, Ecuador, Peru and Chile to play at various festivals and shows. While he admits that dealing with club-goers while working can be stressful, learning to control the situation from the DJ booth comes with experience. Marco Cuba loves his job and sees no obvious downsides. Well, that is, except for his one complaint: ‘the loss of hearing.’

While Marco Cuba has travelled throughout Latin America mixing music (at times bemoaning the popularity of reggaeton in the region) he believes that La Paz has a distinct nightlife scene. He tells me:

People come to La Paz for many reasons and with different energies. There is a tendency to drink a lot. La Paz is incredible, it is growing and despite having huge clubs, or such a developed night scene, it has something very special that is difficult to explain.

He loves playing in many of the different clubs in the city, though can only think of two venues with sufficient scale to be considered ‘proper’ discotecas: Soundbar and Forum. Far from lamenting the absence of grandiose Ibiza-style clubs, he is quick to point out that it is these smaller venues that together create the vibrancy and energy for which the city has become known. When asked about his favourite place to play in La Paz, he affirms without hesitation, ‘Traffic. Friday nights.’