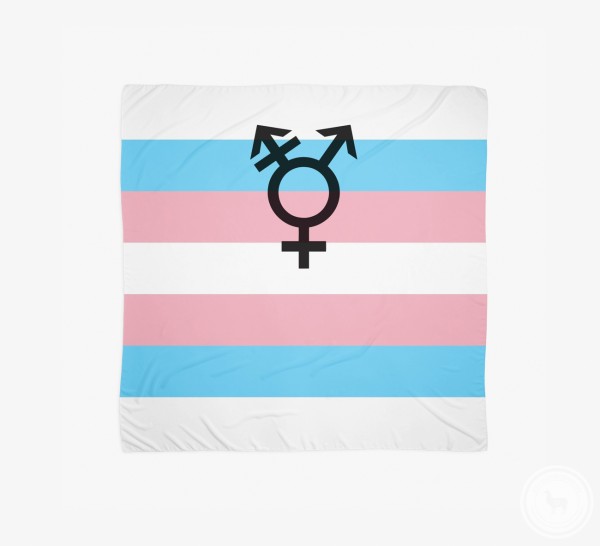 A Watershed Law for Transgender Bolivians

Over the past few years, the global understanding of gender within cultural and social spheres has advanced with the increasing presence of transgender issues in the public eye. In 2016, Bolivia joined the discussion by passing its Gender Identity Law on the 19th of May 2016 in the Chamber of Deputies. This marks a major constitutional change that gives unprecedented recognition to the transgender community.

The trailblazing law permits citizens over the age of 18 to change their name, gender and photograph on their legal identification documents through a confidential process carried out before the Civil Registry Service. Gender reassignment surgery is not a requirement. Applicants are only obliged to participate in a simple psychological test that verifies the sincerity of their request before their documents are processed. Fast-forward 40 days and the new I.D. is ready.

As of August 1st, when the law came into full effect, at least forty people have begun the process of changing their documentation, with 2,000 people projected to follow swiftly after. This pioneering law is an evident sign that the transgender community has been given a place at the forefront of Bolivian society, after decades of being marginalised by the mainstream political agenda.

The deaths of Dayana Lazarte, Carla Suárez, Luisa Durán and Virgina Wanca Aliaga as a result of transphobic violence are evidence of the towering ideological barriers that the LGBT community has faced in the country. The fact, however, that the head of the Chamber of Deputies, Gabriela Montaño, dedicated the law to their memory shows that the government is willing to facilitate lasting progress.

David Arequipa, a prominent campaigner for the law and eminent member of La Familia Galán, a group of Bolivian trans activists, explains that at the 2007 national congress of the LGBT collective, the community voted to be officially renamed TGLB. This meant to prioritise the rights of transgender people, who had previously struggled to find work or finish school, and were often left homeless or forced to turn to prostitution. After decades of oppression, the law symbolises the full recognition of trans Bolivians as legal citizens. In theory, this should wave goodbye to an era of discrimination and welcome a more equal future.

‘The law is not the end, it is a beginning,’ Arequipa exclaims from his office chair, passionately speaking of the many battles yet to come. In this lucha, activists must focus on creating more employment opportunities for their community and improving its access to education, health and the justice system. The legalisation of gay marriage is yet another hurdle to be overcome, but Arequipa proudly believes that the TGLB community can continue its fight for equality, empowered and armed with a newly earned dignity.

After decades of oppression, the law recognizes trans Bolivians as legal citizens.

Resistance to a more nuanced and progressive perception of gender and sexuality exists due to a degree of hostility amongst the population. Arequipa recounts the initial ripples of opposition that spread in the wake of the law being passed. Some felt it went against nature and the concept of the ‘ordinary’ family. A survey in 2013 found that 57% of Bolivians were hostile towards TGLB issues, a reflection of the underlying conservatism in the country.

A prominent source of opposition in Bolivia are the Catholic and Evangelical communities. Sergio Gutiérrez, a local church leader, would have prefered a national referendum to settle the issue. Objectors in Santa Cruz took to the streets to protest against the law, armed with their own ideological demands. Despite mixed views on the subject within the Catholic Church, it seems this tension will be difficult to resolve since the tenants of the faith view gender change as an action that overrides the will of God.

Manuel Canelas, a member of parliament who coordinated between the activists and his fellow deputies, explains that the main barrier to equality is the ignorance that results from a lack of information. While La Paz is more tolerant due to the visibility of La Familia Galán and other public figures, in the campo and amongst the indigenous population, the idea of transgendered citizens remains largely alien.

‘The majority of Bolivians were apathetic when the law was announced,’ Canelas explains, although he hopes that the recent communication and education initiatives will better inform the people. The government is taking measures to ensure that trans people become more visible across various media outlets, such as the news, TV shows, radio broadcasts and social network sites. In schools, the curriculum is being improved so that children have a broader view of gender and sexuality from an early age. The goal is to show that being trans can be something normal.

According to Canelas, in contrast to the arduous battle fought by TGLB activists, the parliamentary process was surprisingly smooth, with a quick turnover after the initial proposal. Once the law was explained to the members of parliament, 85% of them voted in favour. This suggests education is key required to tackle the lingering antagonism to TGLB rights.

‘The law is not the end, it is a beginning,’–David Arequipa

After being asked about next steps, Canelas explains that efforts are being made to pass a law that allows for gay marriage. Although deeply-embedded traditional values will almost certainly make it a turbulent process, he hopes civil partnership, the first step toward equal marriage rights, will be legal within three years. By increasing the visibility and public discussion of TGLB issues in the country, the transgender law has paved the way towards a more diverse, equal and accepting Bolivia