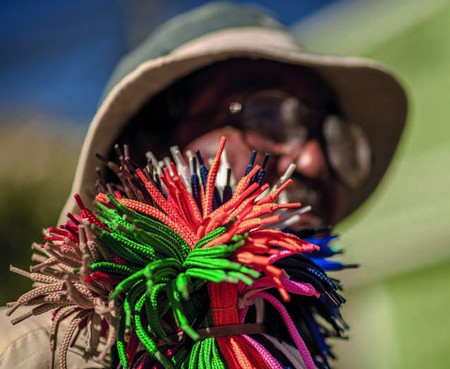 'Guatos !' a man shouts from a passing car, as Pedro Machaca slowly stumbles down Avenida Montenegro, with an assortment of colourful shoelaces slung over his shoulder. He turns to greet the man, but he is already gone. Don Pedro, now and elderly man, has been selling laces in San Miguel for the past fifteen years.

A humble profession for a father of six, he says that he earns as little as Bs. 20 on bad days, and upwards of Bs. 40 when things are going well. Don Pedro lives near the General Cemetery and has to travel 15 km on a micro, across opposite ends of La Paz to get to where he sells his laces. ‘It’s far away!’ exclaims Don Pedro, ‘but micro will bring me here, Micro comes!’

We walk down the road towards the roundabout at the bottom of calle Montenegro. He hobbles down slowly, but silently determined. With this same patience, he walks up and down the sloping streets of San Miguel every day. Perhaps most distinctive is his cheerfulness to be engaged by passers by, a trait for which he has become a local celebrity and institution in this neighbourhood. He is known by the names of ‘Don Pedro’, ‘Don Guato’, ‘Don Batons’, or simply ‘Guato’, to the thousands of people who, like him, walk up and down these streets.

Pedro Machaca brings a typical Paceñan charm to an area of the city that has an atypical consumerist feel to it. He is a familiar and welcome sight to many of the locals there. 'He’s a very sweet man, and he always has a smile'; 'this man radiates tenderness', and 'someone who deserves much respect' are a few things that Paceños have said about this personaje . His fame is such that a picture of him taken by Silvia Salinas Mulder (and subsequently posted on the Humanos de La Paz Facebook page) already has over 1,000 likes, not to mention the dozens of comments of appreciation which followed his online appearance. 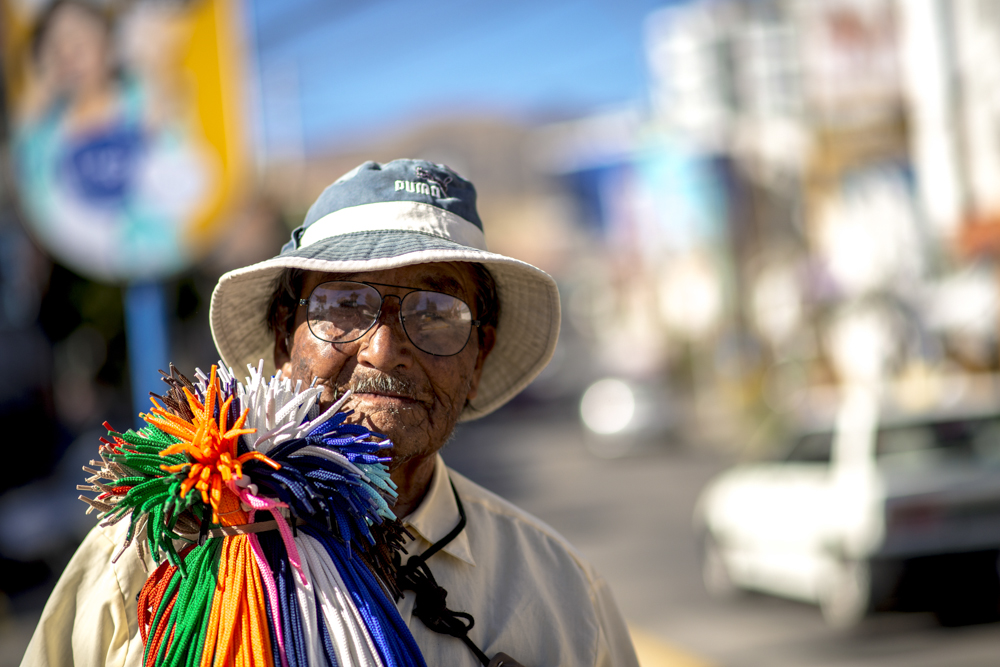 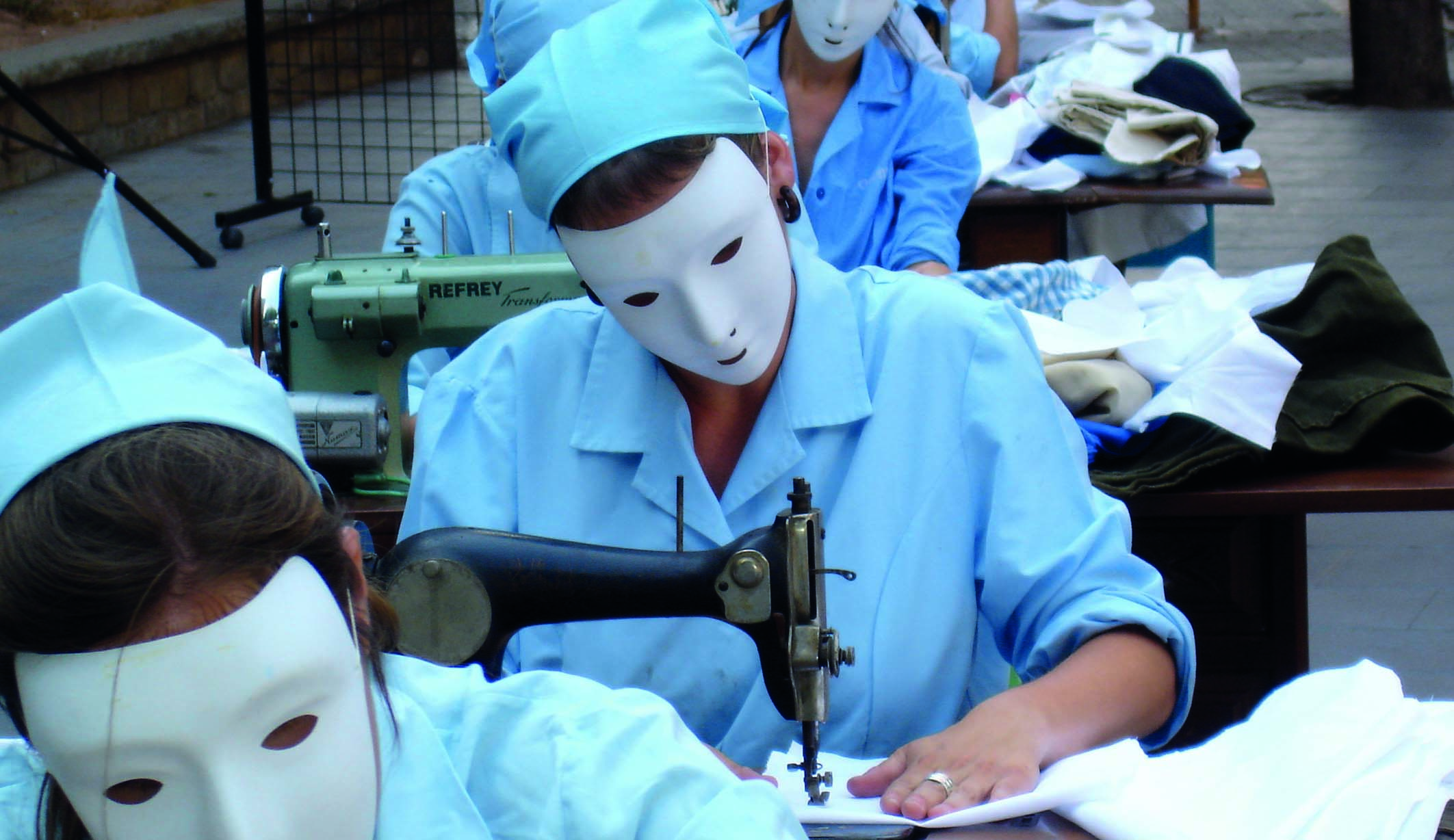 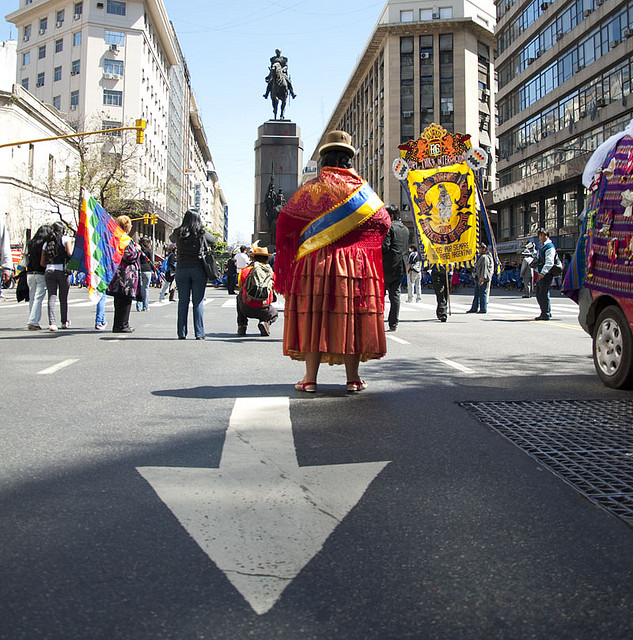 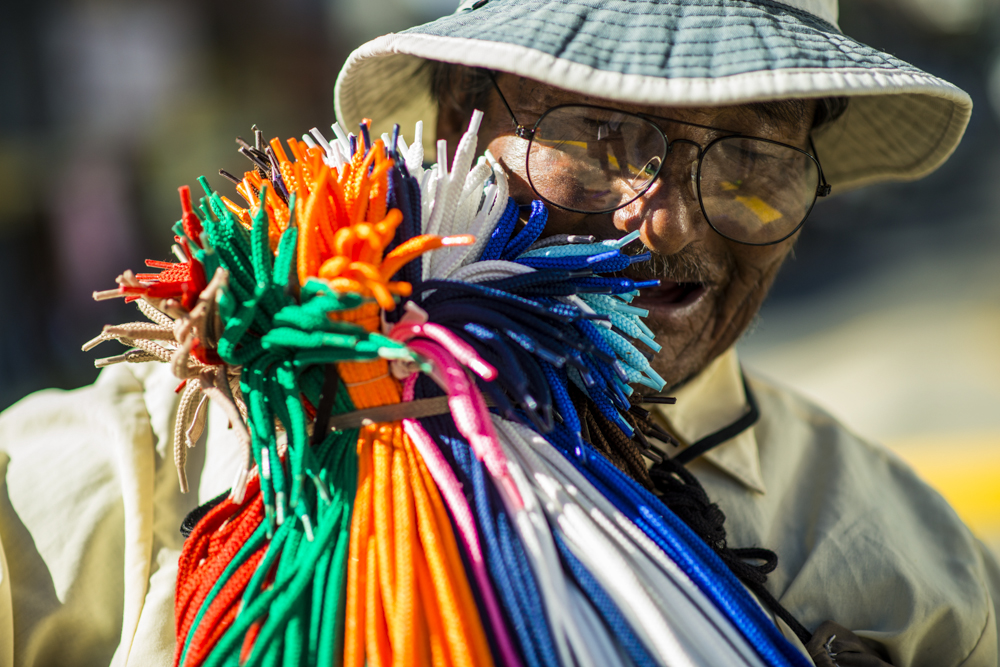