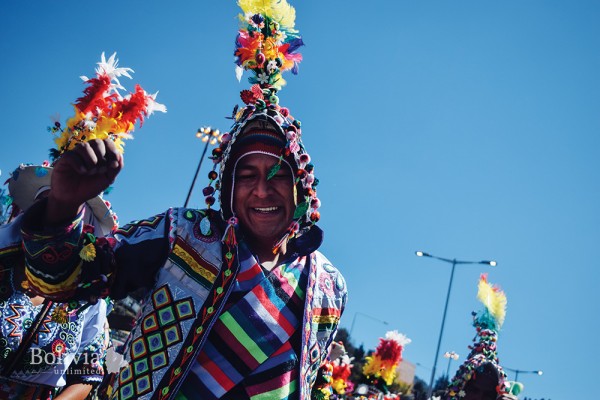 Every year thousands of university students from the Higher University of San Andrés (UMSA) take to the streets of La Paz to show off their dancing skills in a parade that helps keep alive the many traditional dances of Bolivia. Now in its 32nd year, the first Entrada Folklórica Universitaria, in 1988, comprised just eight different folkloric groups; this year there were 73 different fraternities and over 10,000 dancers. On the 3rd of August, the students danced from the Puente Cervecería, near La Paz’s bus terminal, to the Parque Urbano Central, in between the Sopocachi and Miraflores neighbourhoods, a nearly three-kilometre route, with the first dancers setting off at 8 am and the last participants dancing along the route nearly 11 hours later.

The yearly parade, a joint effort between UMSA and the La Paz’s Office of Culture, was originally founded by Luis Sempértegui Miranda, who wanted to encourage students to engage with Bolivian culture and become fundamental pillars in the defense of their heritage. Taking inspiration from the world-famous Carnival in Oruro, which many students at UMSA had already taken part in, Sempértegui decided to try to create something similar in La Paz, but exclusively with students. It took many years of persuasion, organisation and hard work, but Sempértegui’s dream finally became a reality, and the Entrada Folklórica Universitaria was born.

The Entrada Folklórica Universitaria is a true celebration of Bolivian culture, and it continues to grow year after year, helping keep Bolivian folkloric dance alive and thriving.

Nearly 40 different types of Bolivian dance are performed at the parade, from the better-known morenada and tinku to more obscure dances like the auqui auqui. Tian Inofuentes of La Paz’s Office of Culture said, ‘This parade is different from others because it includes indigenous dances, which are considered the most representative of the rural areas of our country and don’t exist in the other big parades of Bolivia.’ Pamala Arana, who was dancing the saya afroboliviana in the parade, explained that she took part because it’s ‘one of the parades with the most diversity.’

One of the most popular and striking dances in the parade was the tinku, which means ‘physical attack’ in Aymara. The dance derives from a ceremonial brawl of the same name that is held annually in the region of Potosí. It’s a high-energy dance with a fighting-like quality, featuring lots of strong movements and chanting. The dancers’ brightly coloured costumes are equally as striking, with helmet-like feather-adorned hats topping off the look. 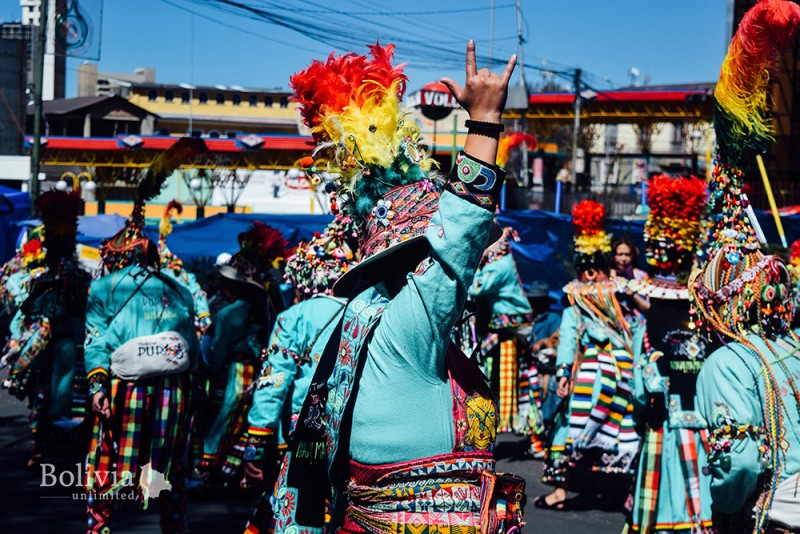 Another dance that stood out was the saya afroboliviana, from the Yungas region in the La Paz department. A dance originated by enslaved people of African descent who were forcibly taken to Bolivia during the Spanish colonial period, it is characterised by its tenacious drum beat. Dressed in white with colourful trims, the saya afroboliviana dancers exhibited a passion and energy that made their dance a highlight of the parade. 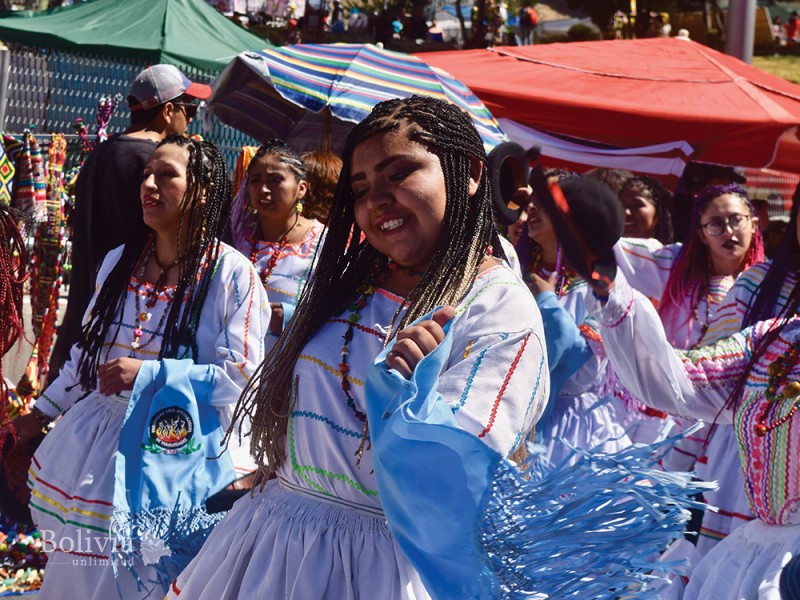 For the students, this annual parade is an essential part of their university experience. Janneth Quispe described it as ‘renewing Bolivian culture.’ Despite each faculty having its own dance, students are free to partake in whichever one they prefer, giving them the opportunity to learn multiple dances during their time at university. And they don’t only learn the dance; they are required to research the history and importance of the dance they chose, which encourages them to develop a deeper understanding of its cultural significance. Verenice Gutiérrez, who was dancing the tonada potosina, said, ‘When we don’t know [the history of the dance], we just dance for the sake of dancing; but when we understand the importance of the dance we become more excited about dancing it.’

‘It’s a gathering of young people who want to have fun and give everything they’ve got through dance.’

The students participating in the parade made clear how passionate they were about Bolivian dance. Aurelia Quispe, who was dancing the llamerada, said she and her fellow students were ‘trying to recover, to prioritise what is Bolivian culture.’ Alexander Peñaloza, who was dancing the tonada potosina, shared Aurelia’s sentiment, stating that, above all, it was ‘a cultural expression, showing the dances, our culture, the clothing.’ Morenada dancer Eugenia Flores said it was a moment to ‘show what our culture is.’

But the parade is also an opportunity for the students to have some fun. Estephany Gutiérrez, who was dancing the rueda chapaca, described the parade as ‘a gathering of young people who want to have fun and give everything they’ve got through dance.’ Many students talked about how it was one of the happiest and most enjoyable parades that they had ever taken part in. Some also talked about the sense of pride they felt at being able to take part in and show off Bolivian dance and music. Max Mamani, a musician taking part in the parade, spoke of his love for Bolivian music and how being able to play in the parade was ‘an honour.’

The passion and love these students have for Bolivian dance is remarkable. The Entrada Folklórica Universitaria is a true celebration of Bolivian culture, and it continues to grow year after year, helping keep Bolivian folkloric dance alive and thriving. 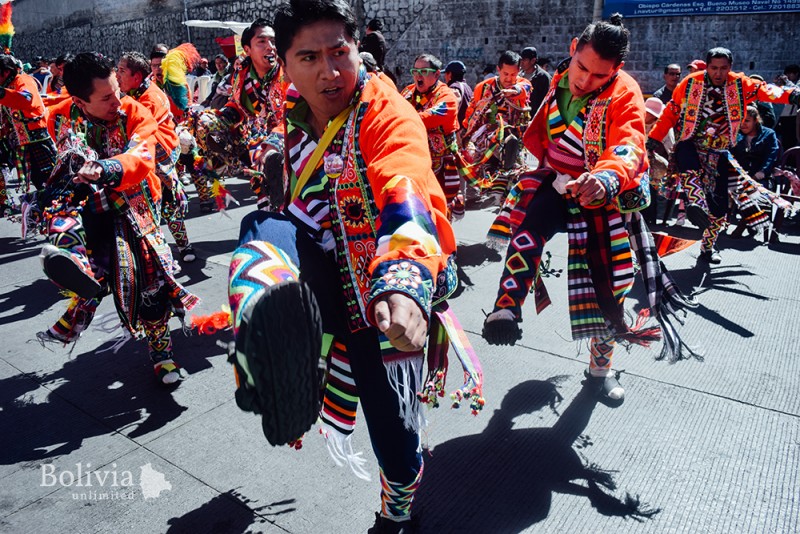