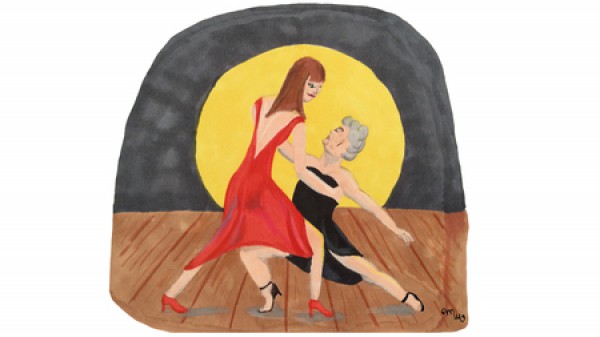 Our intrepid reporter samples various educational opportunities around the city

Following 40 minutes of fervent map-consulting and wrong turns, I finally arrived at Casa Argentina—just six blocks from my house in the Sopocachi neighbourhood—for a night of tango. Encouraged by the infectious enthusiasm of the teachers, the effortlessly chic and black-clad Ismael and Carolina, I took my place in the beginners’ group. We started with the very basics: practising walking forwards and backwards. While Carolina made this look effortless and seductive, I found myself questioning my most basic motor functions. Eventually, having regained my ability to walk, I felt my confidence growing. As if by celestial punctuality, just when I felt I had mastered the basic principles, I was partnered with scrupulous and outspoken fellow-student Manuela. My attempts to lead the dance were met with much eyebrow-raising and surly disdain, and with a mere no, no está bien, my delusions of tango proficiency were coldly crushed by my uncoordinated partner. Undeterred by Manuela's eye-rolling and chorus of tuts, I approached the next moves with gusto, and even received a ‘super!’ from my final partner of the night. Whether this was conveying genuine enthusiasm or sympathy for my ineptitude remains a mystery.
Casa Argentina, Avenida 6 de Agosto 2535

At a painfully early 9 am last Saturday morning, I arrived at the La Paz School of Reiki for my first crystal healing class. As the fresh-faced instructor, Daniel, took one look at my bleary-eyed and dishevelled appearance, he could tell that his crystals would have to work overtime to cure my self-inflicted suffering. Sheepishly, I took my place amongst the bright-eyed species of health-conscious youth. Nestling into an inviting mound of pillows and inhaling the musky incense, I felt I had entered a woodland retreat, oblivious to the early morning bustle of the streets below. Exquisitely arranged on the wood-panelled floor were a colourful array of crystals, the most eye-catching of which—the bolivianite—was to be the focus of the workshop. Found only in one mine in the Pantanal region of southwest Bolivia, this distinctive crystal is one half deep amethyst, the other a warm golden citrine. As Daniel explained to the enthralled class, the amethyst element represents femininity and creativity, while the gold tones represent masculinity and rationality. Taking four of these bolivianite gems each, we spent the next two hours reconciling our creative and rational aspects by holding the crystals on different body parts and meditating. Wishfully, I placed all four stones on my forehead, my monster headache pushing the crystals' healing properties to their very limit. Alas, this was too great a demand for the bolivianite. I left the class enlightened and educated, yet with my hangover regrettably intact.
Calle Jaimes Freire 2945, between Calle Riardo Mujia and Calle Muñoz

As someone who once pulled a muscle while reaching for the TV remote, it's safe to say I was apprehensive about my first yoga class. But five minutes into the session, I was pleasantly surprised. I felt supple, nimble, agile even. Flash-forward fifteen minutes and I had morphed into a contorted mass of limbs on the gym floor, in absolute purgatory. Like a bewitched painting in an episode of Scooby-Doo, my eyes flicked around the room and my head remained perfectly still as I subtly attempted to copy the moves from my neighbours. The next half-hour was a blur of Spanish anatomical vocabulary and physical discomfort. As our instructor transitioned with ease into our final position, I choked with indignation. A headstand. A headstand in my first yoga class. The horror, the horror. I promptly bought myself a post-yoga Burger King, and thus ended my brief foray into healthy living.
Megacentre, Avenida Rafael Pabon, Zona Sur