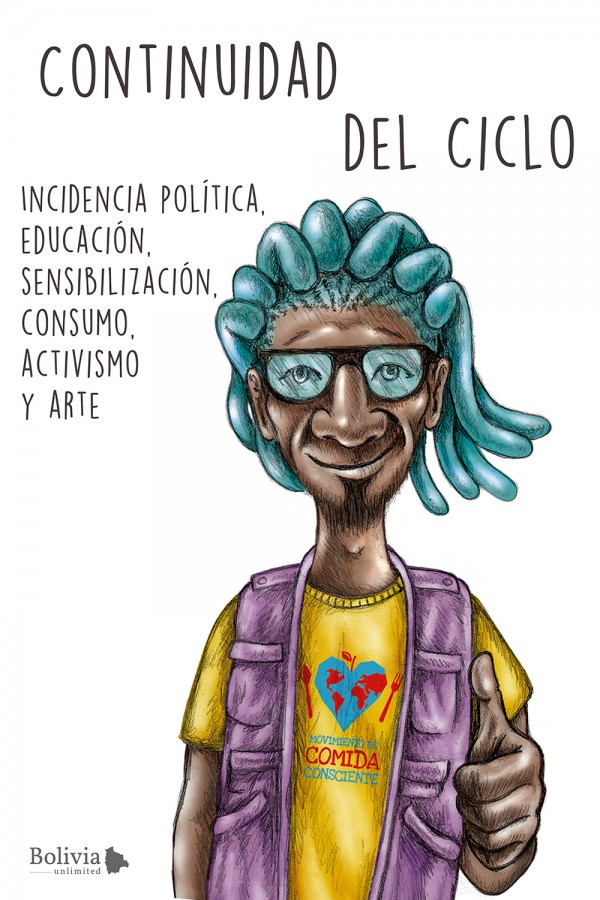 The  recent ecological crisis brings feelings of anguish and uncertainty, leaving us to wonder if anyone can we fix this disaster – governments, industries, society? But these options don’t quite fit the reality we live in. It’s our daily bad habits that are responsible, in part, for the environmental crisis that is affecting us. We cannot change everything at once, but we can change some things little by little. There is a current trend called mindfoodness, or conscious food, which is a way we can change our bad habits and improve our way of life.

The Casa de Les Ningunes, based in Sopocachi, La Paz, is a clear example of how a small community is trying to make an impact on everyday attitudes in relation to the environment. The Ningunes’ project was initiated by a group of environmentalists who wanted to put into practice ideas of how to live more consciously, not only in regard to environmental issues, but also in an economical and cooperative way of life. 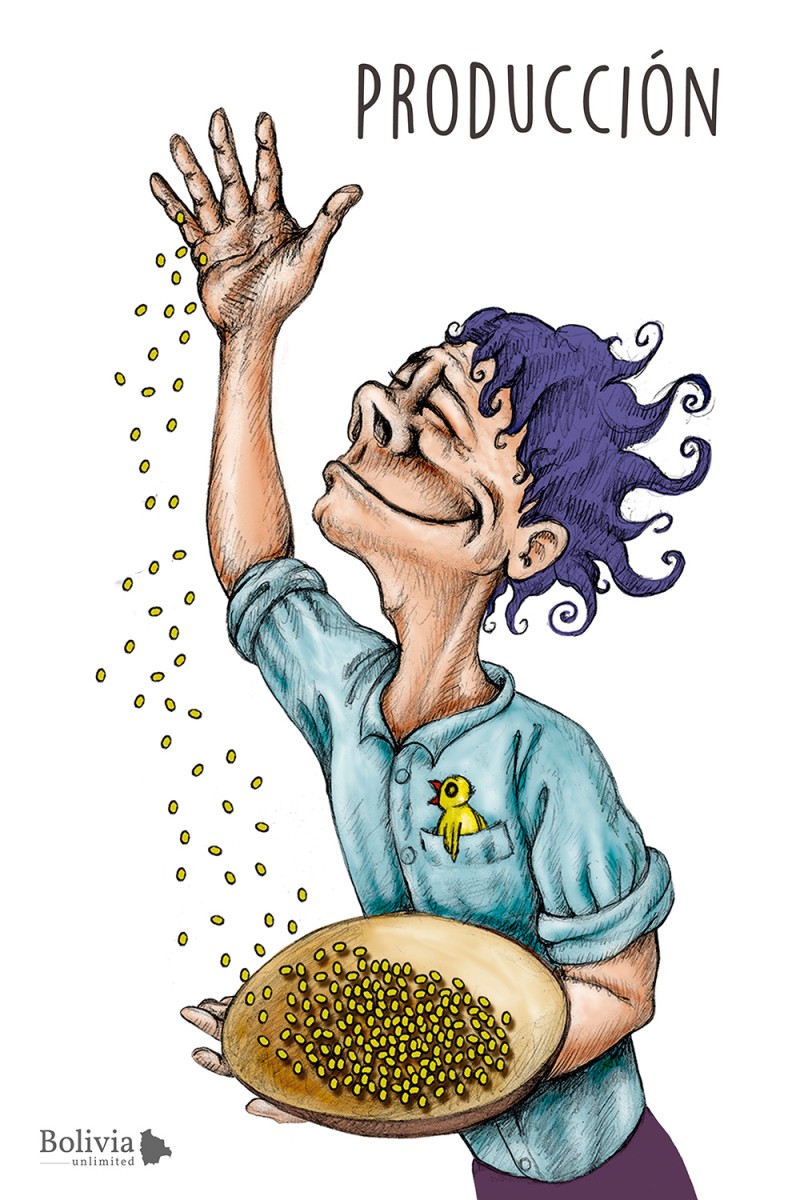 The Ningunes’ name is inspired by a poem by Eduardo Galeano called ‘Los Nadies.’ The poem refers to the society’s outcasts, the Nobodies. ‘Over time I have understood that the name holds a lot of the essence of the house and the project because it is not just someone's project,’ Nina Villanueva, a member of Les Ningunes, explains. ‘It is not in someone's name or has acronyms or has a surname – the house is really for everyone and nobody.’

The philosophy behind this community goes beyond just asking for the ban of plastic straws in coffee shops; they live by principles and structures that they constantly work to improve and redefine. The contribution of Les Ningunes aims to be part of a cultural revolution in eating habits and food consumption. Gabriela Sáenz, also a member of Les Ningunes, says that everyone coexisting in the house has a role. They may live together and share a space, but their coexistence is based on respect and agreements: ‘When it comes to food, we divide the tasks to cook and wash, and everything is for everyone,’ Saenz says. ‘Cooking and eating conscious food is one of the main principles that the house follows.’ Ningunes members also organise activities such as workshops, talks, meetings and assemblies that allow them to manage their internal micropolitics in order to improve their work together and coexist harmoniously. 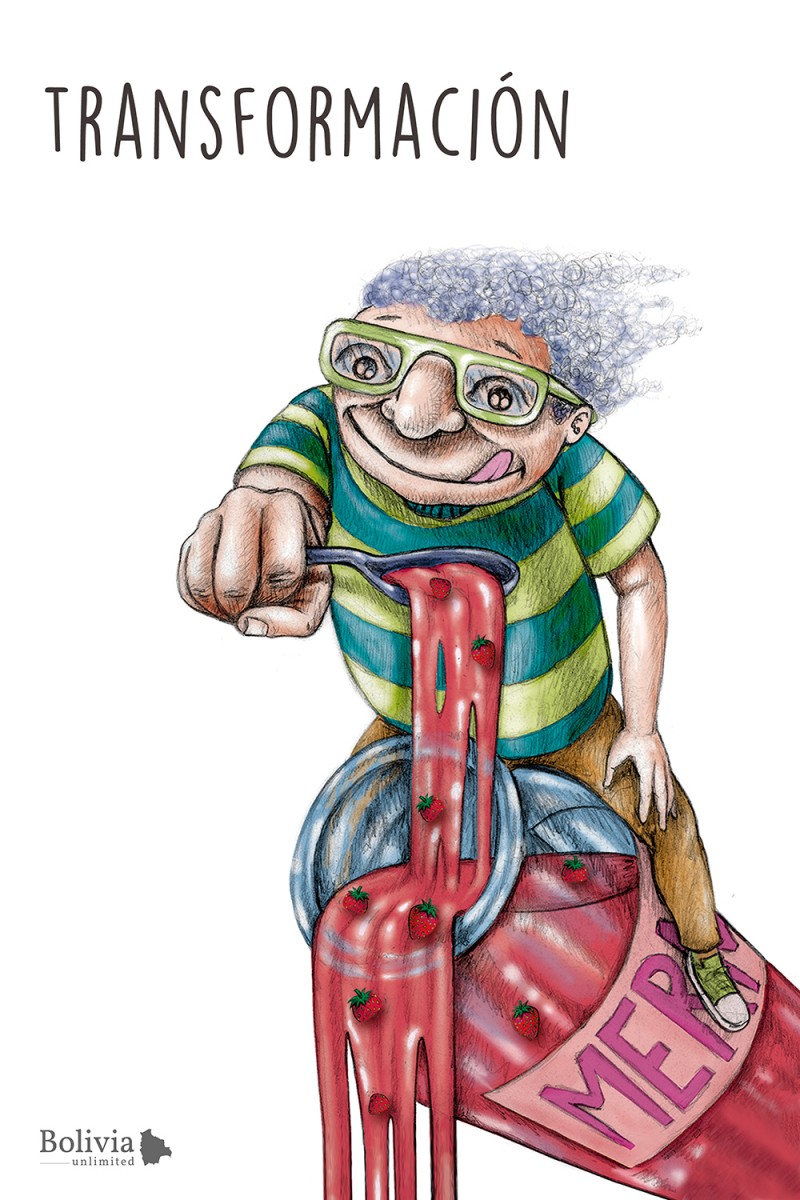 The house works according to roles, principles and agreements, helping members organise themselves but also allowing them to have their own space. The group’s structure is based on the Tamera community in Portugal and the Transition Network in England. ‘This house groups people of different ages, backgrounds, nationalities, sexual and life orientations; we are not a sect with a guru, but we are a community with an intentional relationship,’ says Villanueva. ‘It often feels like a family, but it is not. If we like each other, it’s because we want to. Nobody is here because they have to, but because they choose this coexistence. We decided to work and live together.’

Another central tenet of the collective is to be self-sufficiency. The house has a garden in which organic products are grown, and which is watered by a rainwater irrigation system. All the garbage is separated, composted and recycled. This lifestyle involves hard and constant work and sustains itself by activities such as catering services, conscious Thursday lunches and the rental of its spaces for meetings and/or workshops. ‘Les Ningunes wants to be self-sustaining, but that has always been as part of the challenge – to find a balance between expenses and activities,’ Sáenz says.

Les Ningunes have been contributing  significantly to the growing conscious-food trend in La Paz, where many restaurants, cafés and private chefs have joined the movement by cooking delicious, nutritious and environmentally friendly dishes. 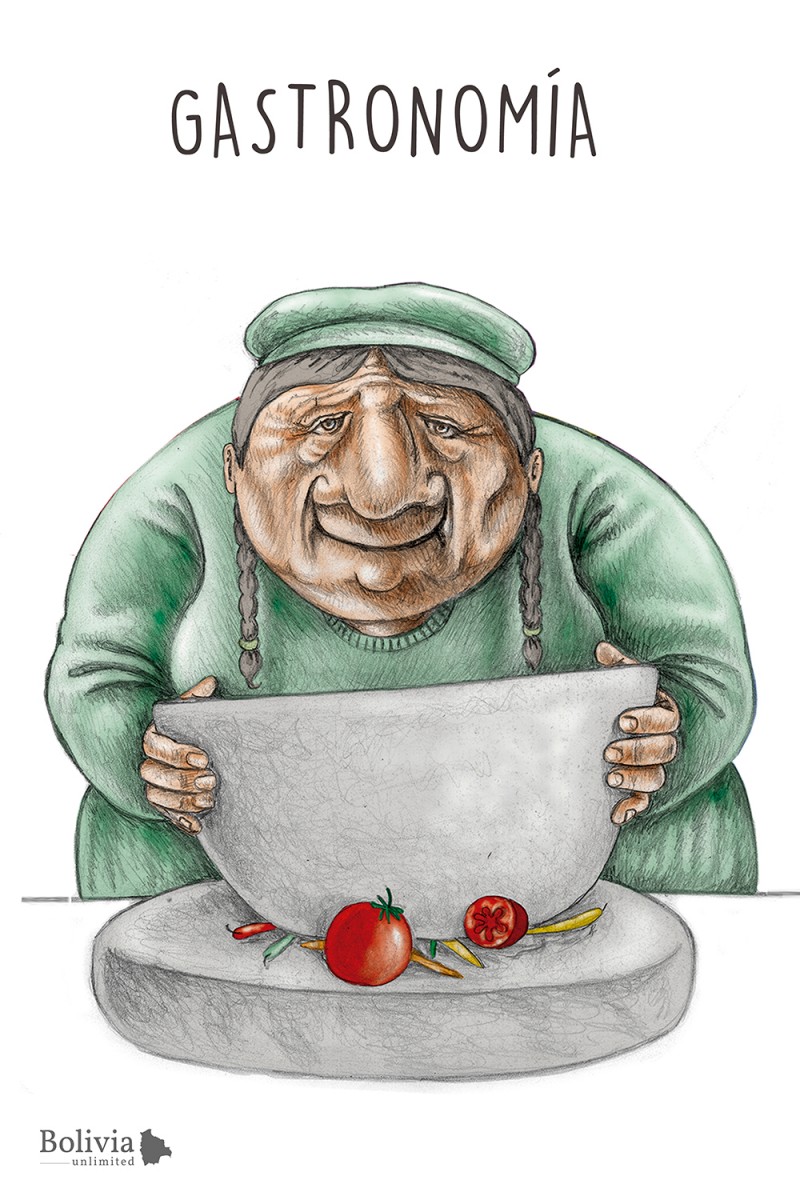