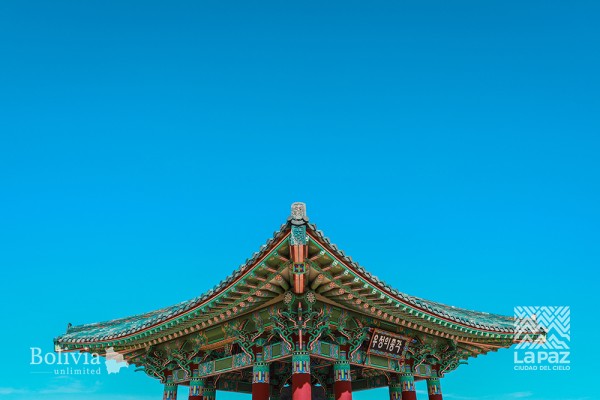 Navigating the challenges of adapting to a new culture

The majority of Koreans who live overseas have settled in China, the United States and Japan. Lately, however, there has been a small, but increasing number of South Koreans who come to Bolivia for short term development work, and an even smaller number who et down roots in the country and become part of the Korean diaspora in Bolivia.

Korea’s recent links to Bolivia led to the naming of an eight-lane suburb road in Santa Cruz as ‘Avenida Corea’ in 2017, to celebrate Korean investments in development projects. The two countries have had diplomatic relations since 1965 and the influence of Korean culture and businesses in Bolivia has grown significantly given the growth of Korea’s ‘tiger economy.’ The Korean International Cooperation Agency (KOICA), which originated as a recipient of foreign aid, has now become an international donor to assist projects in developing countries and serves as a bridge for young Korean volunteers to Bolivia.

Despite the growing economic bonds between both nations, what can these cultures learn from each other outside the realms of commerce? With this question in mind, we interviewed three Koreans living in La Paz to get their perspective on the similarities, differences and experiences of the two cultures.

It seems the most common difficulty in settling in to Bolivia is also one of the most predictable cultural contrasts: food. Sue Yong Park, a KOICA volunteer who has been living in Bolivia for less than two years, explains that Korean cuisine features fermented foods, like the famous cabbage dish, kimchi that are hard to come by in La Paz. In the absence of the comfort foods, she prefers to cook Korean food at home. Although Park hasn’t become accustomed to Bolivian dishes, she professes a fondness for the eastern Bolivian dish majadito.

The most common difficulty in settling in to Bolivia is one of the most predictable cultural contrasts: food.

Soohyeon An and Hangyeol Choi, who are KOICA interns in La Paz, spoke of ‘suffering from cilantro,’ a non-existent ingredient in Korean recipes that tastes like soap to those who are genetically hypersensitive to the taste of aldehydes in cilantro, which is about 20 percent of East Asians. Despite the hurdles, however, food has served as a way of exchanging cultures for Korean expats. They cook Korean food for Bolivian friends, who are more adaptable to a change of cuisine, and have a newfound respect for the art of salteña making after taking a local cooking class.

Soohyeon An and Hangyeoi Choi have been ‘suffering from cilantro.’

An and Choi like how Bolivians are keen to share their national culture and they like to share their own Korean roots whenever the opportunity arises. Until the interview for this article, both of them thought the K-Pop fever in Bolivia was only something organised by the Korean embassy. They hadn’t heard of the K-Pop festivals in La Paz, and asked if they could participate. After only a month of being in Bolivia, An sings along to reggaeton without understanding the lyrics. Music, like food is a cultural element that is prone to immediate enjoyment or rejection.

Another cultural element that has been hard for Koreans to adapt to in Bolivia are the instances of unintentional or deliberate racism in the country. On the soft side of these incidents ‘they love to call us “China”’ says An. Choi doesn’t mind the Chinese references, but recalls being told to ‘get the hell out of my county’ by people on the street or in the market on more than one occasion.

One part of Bolivian culture, however, that inspires admiration is the patriotic spirit of Bolivians and the pride they take in their traditions. ‘You guys love your culture, so preserve that well,’ Choi says. ‘In Korea we developed so fast and so quickly that we didn’t think about the importance of preserving our culture, so we destroyed a lot.’ Sue Yong Park agrees and says she will miss the traditional dances of Bolivia. ‘Many people in Korea don’t know about [our traditions] and do not think we need to respect Korean culture,’ she says. ‘Korea has many other cultural attributes that are more beautiful than K-Pop.’

Although Bolivia is developing rapidly, historical icons and traditional ideas are often integrated into the country’s growth. The Bolivian Space Agency named its satellite The Túpac Katari 1 in 2013, showing the drive to preserve a specific heritage as the country changes economically and demographically with the influence of immigrants. Looking to the future, Choi says that Bolivians ‘have a high concept of climate change... more than Koreans. We have just started talking about climate change, but people here already know about it,’ she says. This is especially true due to Bolivia’s vulnerability to climatic changes. ‘There are a lot of limitations,’ Choi adds, ‘but if Bolivians keep trying, they will have a bright future.’ Her experience has shown that the stereotype of the lazy Latin American worker is not true. She thinks Bolivians, like Koreans, are hard workers.