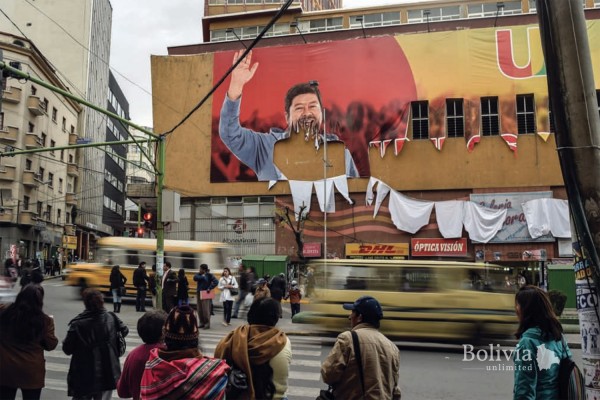 There is a term often used in wrestling to explain the staging and the fictitious plot that exists behind the performance of the wrestlers: Kayfabe. This concept stems from the word 'fake', adapted and used by North American workers at travelling circuses, carnivals, and county fairs in the mid-18th century. In recent years, however, this term has been commodified to suit different contexts and has positioned itself as a useful tool for political analysis, especially regarding electoral campaigns.

The academically correct definition of Kayfabe is outlined as the accepted substitution of reality and voluntary suspension of disbelief, with the sole purpose of satisfying a growing need for entertainment (Stodden &  Hansen, 2015). Our current consumption trends and our impact on the final product have radically changed our perception and expectation of reality. We have simultaneously been convinced and convinced ourselves that every good story, every good performance, merits a specific cast of actors whose personalities stimulate the development of a plot full of emotions: hate, hope, tenderness, and heroism. The relationship these expectations have, the 'influence' we have on what is consumed and the impulse to buy fictitious realities, with political campaigning is irrefutable. We know that the success or failure of democratic elections, from the birth of nations, has been based on the perceived image of the leading candidate. There is no other reason to explain why so much money is spent on political campaigns, on public image consultants, rhetoric counselors, speech writers, among other things. The better the public perception of the candidate, the greater his/her chances of being victorious.

Leaving aside the moral implications of caudillismo, this manner of doing politics makes sense. At the end of the day, we see everything for ourselves. Nonetheless, our systems have transgressed; we no longer only use image to sway public opinion, but images are distorted, exaggerated to give people something to talk about and in turn, keep the electorate actively engaged in the personal life, actions and beliefs of the candidate. The general public is, therefore, more likely to depend on dangerous tendencies of denouncing everything as fake news and/or ignoring factual information (two ways of arousing the public’s emotions and buying more airtime). These phenomena also lead politicians to adopt personalities similar to those we see on popular soap opera shows.

In Bolivia, Kayfabe has become unavoidable. Since the events that took place in October 2019, politics has become a soap opera as opposed to reflecting the missions of competent professionals wanting to govern our country.

Like any other social science, Kayfabe also has a specific terminology and this can be safely assigned to the roles/images acquired by politicians who saturate the media everyday. Villains are known as 'heels', and every story needs one. Heroes, on the other hand, are known as 'faces'. We have the 'jobbers', who are generally the ones who always lose (say PAN-BOL) and who serve to build the image of the 'top man' who, due to the particular context and circumstance, would become the eloquent and morally correct Carlos Mesa, an old acquaintance. We also have the participation of the 'macho-man', the strong man, the 'tweener' a character who disguises himself and can suddenly change sides (from 'good' to 'bad') whenever he pleases. We have the 'shooter' who is described as the wrestler who perhaps takes things too seriously, breaking or pointing out the inconsistencies and the falsehood of the Kayfabe reality. The point is that this is how we can continue until we encompass the entire political sphere. Everyone plays a role in the big show. Additionally, the theorising of Kayfabe allows us to go beyond the simple identification of roles. It permits us also to recognise the melodramatic tendencies that define the discourse and the very interaction between politicians. We come across narratives that border on the ridiculous: Morales accuses Añez, Añez criticises Mesa, corruption cases, nobody knows what happens, suddenly there will be more subsidies, MAS does not allow more subsidies, the mayor falls ill, the candidate resigns his candidacy, campaigns without biosecurity measures, Mesa has Alzheimer’s according to document provided by detractors, etc. We must recognise how this mass entertainment is facilitated by social media networks.

The main issue with social media networks is that so much information on so many topics and actors is disposable instantaneously. On Facebook, we can find, among memes and cooking videos, the president talking about transgenics. On Instagram we see, among the singers and models, Camacho criticising the transitional government in a Homeric way. The line between politics and entertainment becomes increasingly blurred. What happens in the country becomes nothing more than gossip, with the difference that there are thousands of people at risk and the future of millions are being played with. Unfortunately, this urgency is sometimes lost among the videos of BLM protestors burning police cars and people dancing on TikTok, official news is just another post.

This might also explain why more and more public figures opt to turn to politics. Their presence on television, in football matches and music videos have already contributed to their campaign fame, they have won a position in the public eye. If I see a singer in the same place I see the president, subconsciously one comes to assume that they are at the same level, they enjoy the same relevance. A footballer in Peru has been the mayor of La Victoria since 2018. Mexico has had soap opera actresses, boxers, and even just recurring guests in game shows as candidates for the presidency and other public positions. I was disappointed to see how Kanye West, who with a little more time, could have put together a political campaign.

Finally, I would like to present some other consequences of Kayfabe, to instigate the reflection on the way we are constructing political culture and the dynamics that dictate democratic practices in the country. Laine (2018) points out that, following the adoption of the Kayfabe philosophy, we are not only conscious that we are being “fooled” but that we find pleasure in being fooled. We say goodbye to critical thinking, instead we adopt the philosophy that “whoever catches my attention the most, gets my vote.” In the world of Kayfabe, “dramaturgical loyalty” means never breaking character. This norm is defended to death because viewers cannot be disappointed.  A politician could even generate instability for not following through an act that people “paid’ to watch. Politics, therefore, begins to be governed by a consumerist behavior dictated by the electorate and not as critical political agents. In other words, they control it as they would control sales of a theatre play or a movie through their reviews. Lastly, we have the newly-acquired perception of politics and what it means to have real agency in decision-making. The people may convince themselves that, because they participate in online political debates, they have suddenly fulfilled their civic duty. Decision-making passes into the alternative reality of Kayfabe where information on habits and personality define a political candidate’s propaganda success.