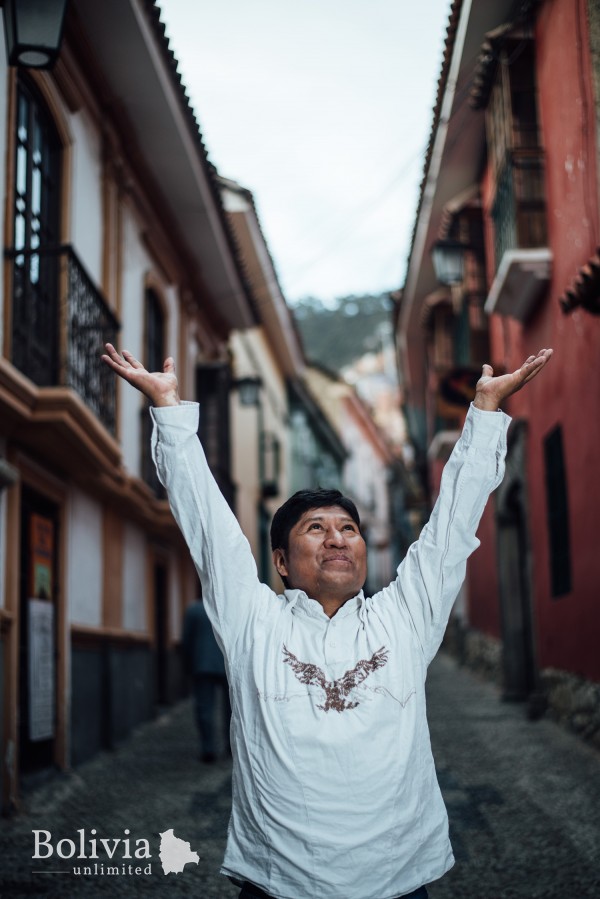 Acclaimed Bolivian painter Roberto Mamani Mamani is known for his intensely colourful depictions of Andean pastoral scenes. He’s gained fame over his 30-year career by churning out iconoclastic near-psychedelic likenesses of cholitas perched atop mountain peaks and the flora and fauna of the altiplano. But, no longer content with being  one of Bolivia’s most recognised contemporary artists, Mamani Mamani has in recent years been carving out a new niche on La Paz’s Calle Jaén, a rare stretch of colonial calm in the centre of the hectic city.

Mamani Mamani’s new venture, the restaurant and club Jallalla – which shares space in an immense colonial building with the Centro de Artes Mamani Mamani and the Fundación Para Desarrollo Artístico Cultural Mamani Mamani – will have its grand opening on May 25. Already up and running on the second story of Mamani Mamani’s house and headquarters, the richly detailed space has been hosting Bolivian and foreign visitors alike in the lead-up to its official opening. Its intimate interior is dominated by an enormous mural painted on the ceiling, depicting what Mamani Mamani calls his ‘Andean cosmovision.’ Sun and moon figures loom above restaurant-goers, surrounded by stars, an Andean cross, figures of men and, of course, the Pachamama gazing down upon the room.

But if it’s Mamani Mamani’s celebrity that gets patrons in Jallalla’s doors, it’s the live music, polished service and visionary gastronomy that keeps them coming back. Jallalla is one of the new breed of restaurants that has lately begun to transform La Paz’s centre, along with renowned establishments such as Popular, Ali Pacha and HB Bronze. These boîtes are part of a culinary scene in La Paz that was kick-started by Gustu, in Zona Sur, in 2013. That celebrated venture, which consistently ranks as one of Latin America’s top restaurants, has upped the hospitality game in La Paz, and enriched its sister restaurants throughout the city with a steady stream of its alumni who have gone on to staff kitchens and bars throughout the city. In fact, bartender Gonzalo Guerra and Jhon Montoya and Ricardo Iglesias, who run Jallalla’s kitchen, were all graduates of Gustu before working abroad and then returning to La Paz.

Following Mamani Mamani’s Aymara/Andean aesthetic, the food and drink at Jallalla are strictly Bolivian, with an emphasis on local and traditional food, the ‘food of our ancestors,’ as general manager Antonio Taboada Bilbao La Vieja says. Anticuchos, the sliced beef-heart dish normally eaten on the street after a night out drinking, have been transformed at Jallalla into haute cuisine. The meat is tender and deeply flavoured; it’s accompanied by a rich and spicy peanut sauce and potatoes that soak up the heat. Queso humacha, the traditional cheese and vegetable paceño staple, is also transformed into a sumptuous meal, with choclo and beans giving it a zesty bite. (Jallalla has a limited menu, but Mamani Mamani and Taboada are will soon open a restaurant, Qarma Qatu, with a more extensive food offering, and a wine cellar in the same building as Jallalla.)

But perhaps the star of Jallalla is its drink list. Taboada explained, ‘We only use four alcohols that  are produced here in Bolivia. We have a whisky called Killa Andean Moonshine, which is produced in the historic centre. Then we have the gin La República, which comes with Andean and Amazonian flavours. We also have the vodka 1825, which is the year of the foundation of the republic. And, of course, our star product, the singani.’ The bar staff uses only freshly squeezed, Bolivian-produced juices, and there are no refrescos on the premises. It makes for a short drink menu, with each drink expertly crafted and presented.

Jallalla, which means ‘for life’, features live salsa on Tuesdays and live jazz on Thursdays. Christian Asturrizaga, the director of the National Symphonic Orchestra, books the music, and, according to Taboada, ‘he knows everything about jazz.’ Indeed, a recent visit to Jallalla found a packed room of guests enjoying standards and bossa nova.

Mamani Mamani and Taboada have created a contemporary establishment that leans heavy into tradition for its menu and bar offerings. Its modern interpretation of Andean staples is sure to attract the new type of restaurant – and music-goers who have a sophisticated palate and a deep appreciation of local food and drink.

According to Mamani Mamani, Jallalla is an ayni, a reciprocity. ‘If you receive something,’ he says, ‘you have to give back. So for me, this is giving back all the love that I’ve received, towards my work and myself.’ 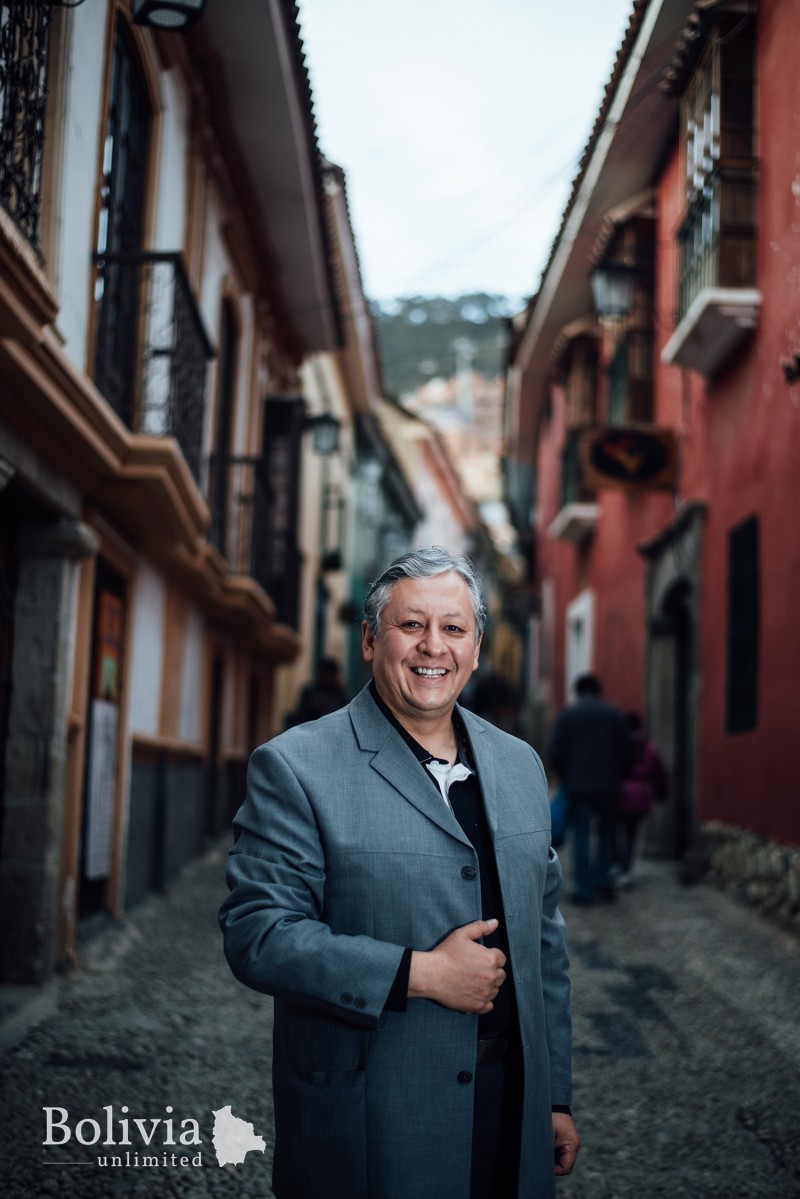