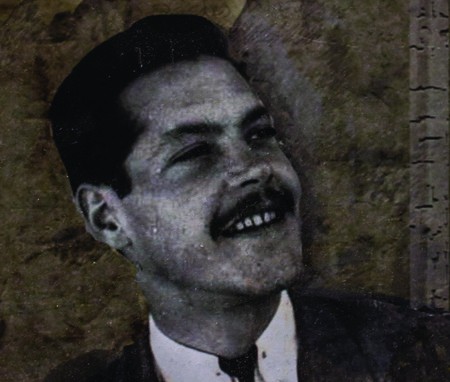 As I walk through the streets, taking in the sights and sounds of the city, I begin to wonder about him. A lot must have changed about the city since his time, these streets must look different now, these buildings so tall and so new. I walk alone; as the sun begins to set on La Paz, the night starts to come to life. I can see why he was so inspired by this city. I’ve walked down the same alleys and corners he would have walked and tasted the vibrant electricity of the La Paz night. I’ve walked in the steps of Bolivia’s most famous and almost mythological writers Jaime Saenz, the accursed poet of La Paz.

Jaime Saenz Guzman was born on the 29 October 1921 in La Paz. A city in which he would spend the majority of his life, La Paz’s vibrant and colourful nightlife provided the perfect canvas for Saenz to explore his creativity. An immensely gifted writer, Saenz had an overwhelming, almost suffocating ability to wield the truth and to delve deep into the depths of the human soul. A drinker at the tender age of 15 and an alcoholic by his 20s, the truths told were of his own tortured existence.

Saenz’s tale is a strange and sad one, accounting for an incredible life, full of strange twists and turns. It was a life filled with contrasts: a reject of conventional society, Saenz found himself to be an outcast, a drunken romantic haunted by his vices, a rebel poet obsessed with death, a bisexual Nazi sympathizer who wed a Jewish woman and showed an incredible sympathy for the oppressed, even going as far as to fight besides the working class against the right wing dictators who long controlled his country.

Finding comfort in the night and the ears of the deceased, Saenz spent many hours in their company. Visits to the morgue were a common feature of his life, and that’s where he spent much of his time carefully meditating the parallels between life and death, the links between this world and one beyond it. In The Night, the poet’s final and probably most famous work, Saenz brilliantly brings together all the elements of this strange life he lived, this curse that beckoned to death to come closer with every swig of the bottle. The Night is divided into four parts: ‘The Night,’ ‘The Gatekeeper,’ ‘Interval’ and ‘The Night’. The poem accompanies Saenz’s mind as he watches the motions of his pen writing. We gain unbelievable insight into his overuse of alcohol, and his experiences and insight into death.