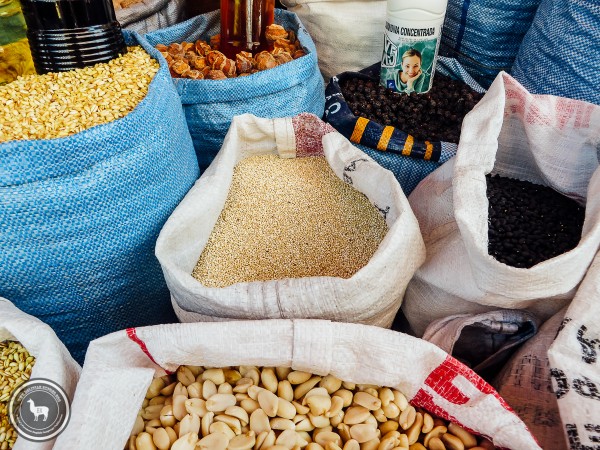 In England and the US, quinoa used to be the reserve of health nuts and hippies, found in stores selling tofu and hemp milk. But in recent years, this ‘wonder grain’ has exploded into the mainstream and is now almost impossible to avoid. Not only are more and more people eating it, but more people are taking an interest in growing the crop and finding new varieties, as well as researching everything from optimal soil acidity, potential health benefits, and the diseases threatening the crop’s production.

Starting in 2018, the bulk of this research will be focussed on one site: the newly announced Centro Internacional de la Quinua. This centre will be the first of its kind, bringing together countries from across the world with a budget of $25 million. The most exciting part is that it will be located in the epicentre of Bolivian quinoa production – the city of Oruro, on the Bolivian altiplano.

According to archeological findings from the basin of Lake Titicaca, quinoa was first grown in the Andes as a food source over 3000 years ago. Carlos Nuñez de Arco, the Bolivian-born Commercial Director of Andean Naturals, America’s leading quinoa importer, says ‘Bolivia is the origin of the world’s quinoa and it has been part of our heritage for thousands of years.’

Apart from a small hiatus in the beginning of the colonisation period when the Spaniards prohibited the grain because of its supposedly ‘magical’ properties, quinoa has always been part of the Andean lifestyle. Its potential as a powerful health food began to be recognised internationally in the 1980s. When the grain entered mainstream western diets in the 2000s, Bolivia enjoyed a huge leap in exports. There is an ongoing debate about the drawbacks and benefits of quinoa’s popularity, but there is consensus around the need to address the threats facing Bolivia’s quinoa production.

The growth in the exportation of quinoa in Bolivia is now slowing, but the boost in demand of the past years has caused the quantity of land used for growing the grain to increase exponentially. To keep up with demand, some farmers have discarded traditional practises such as crop-rotation and fertilization-by-llama, turning to industrialized methods using tractors and chemical nutrients. This has damaged the fertility of the already weak plains of the Altiplano, reducing yield and crop uniformity.

But this is not the only threat to quinoa in Bolivia. According to recent reports, climate change has bought late rains, strange temperature fluctuations and windstorms. The effects have been devastating and are another reason for the drop in average yield per hectare.

Additionally, the establishment of large, intensive quinoa farms in Peru and Ecuador have slowly knocked Bolivia off its pedestal. Nuñez de Arco admits, ´Bolivia's place in the world of quinoa is shrinking due to more countries taking an interest in its cultivation.’ He then adds, however, that ‘Unlike many other countries, Bolivia continues, in the most part, to use traditional organic methods of farming. This means we can carve out a specialized niche in the market, making us different from our international competitors.’

The quinoa centre in Oruro will research practical methods to help farmers reverse the drop in production. Its scientists will investigate hardier seed varieties bred to withstand pests and natural attacks, and study the production and commercialization of the grain in order to maximise revenue. The goal is to promote quinoa as a resource in the fight against world hunger and malnutrition. As Nuñez de Arco affirms, ‘Quinoa has many useful properties. We need this research to help farmers take full advantage of the grain and to provide the world with its nutrients.’