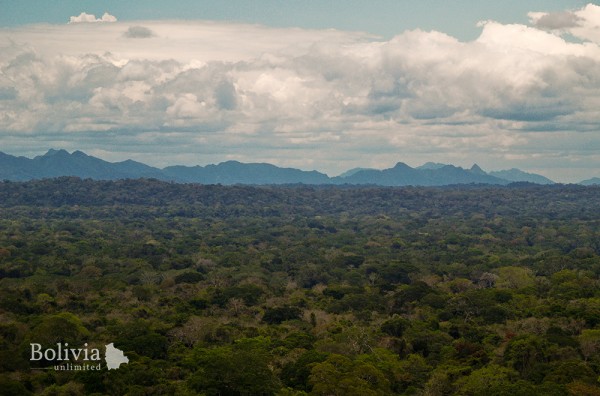 Madidi National Park is one of the most biodiverse parks on the planet, hosting, according to the Wildlife Conservation Society, 8,000 plant species, 1,000 bird species (a staggering 9% of all the planet’s birds) and 2,000 vertebrates, as well as an array of endangered wildlife. The wildness of the park is one is its primary attractions for thrill-seeking tourists, with an array of agencies in Rurrenabaque offering tours from one to 20 days in the jungle. These offer tourists an exhilarating opportunity to experience the jungle without the actual danger.

Jungle: A Harrowing True Story of Survival, written by Yossi Ghinsberg, shatters any illusion that the park is simply a picturesque tourist destination rather than a formidable and truly wild forest. The firsthand account was adapted into a film last year, directed by Greg McLean and starring Daniel Radcliffe as Ghinsberg. The film depicts the harrowing story of Ghinsberg’s survival after whimsical notions of self-discovery and adventure lead a group of young travellers into the Bolivian jungle. The film reopens a discussion about the relationship between tourist and forest and the problems that come from romanticising real danger.

Ghinsberg was three weeks alone in the jungle, suffering from hallucinations and performing self-surgery among other gruesome survival experiences.

Ghinsberg arrived in La Paz in the early 1980s, a young Israeli fresh out of military service in search of adventure. Whilst there he was approached by Karl Ruprechter, who claimed to be an Austrian geologist. Ruprechter offered to take Ghinsberg and his two friends on a ‘once-in-a-lifetime’ adventure to find gold and Indians in the Amazon. The group were taken in by the colonialist dream and, without a second thought, traipsed into the Amazon. Predictably, things deteriorated. Disagreements within the group led to Gale and Ghinsberg splitting from the group, going ahead by raft, which was then destroyed. Whilst Gale was rescued after five days; what followed for Ghinsberg was three weeks alone in the jungle, suffering from hallucinations and performing self-surgery among other gruesome survival experiences. He was eventually rescued thanks to the efforts of Gale and the local community of San José de Uchupiamonas. The fate of the other two remains unknown to this day, appropriately steeped in conspiracy. It was later discovered that Ruprechter – shock! horror! – was not in fact an innocent geologist but a criminal wanted by Interpol, but this revelation still has provided no insights into his actions or intentions with the young travellers.

Considering the difficulty of going astray in the jungle accidently and the foolishness of doing it on purpose, there have been quite a few notable cases of outsiders getting lost in the Madidi jungle. After Ghinsberg, there was the case of Lars Hafskjold, a Norwegian biologist, in 1997. He disappeared whilst searching for the fabled Toromona tribe, the same community that had so intrigued Ghinsberg. Most recently, in 2017, a young Chilean, Maykool Coroseo Acuña, found himself lost for nine days in the same area. The whole event was shrouded in mystery, from his reasoning for leaving his tour (blamed by the locals on an angry Pachamama) to his alleged story of being saved by a tribe of monkeys. All the stories share inexplicable elements of mystery in the men’s decisions, experiences and survival.

All it takes is a quick search online to find ‘What to do if you get lost in the jungle.’ The first step is that you shouldn't wander into the jungle in search for the elusive ‘adventure’ – that’s just plain stupid. Furthermore, it is incredibly hard to do accidently. A common feeling shared by indigenous groups who actually live in the jungle is a profound respect for the environment. It is not a place where you can survive indefinitely on what you have gleaned from a Friday-night binge-watch of Bear Grylls. One thing that the film adaptation of Jungle does capture is the sheer multitude of bad decisions made by the young men. From following a strange Austrian into a forest without telling anyone to splitting from the guide in the midst of that forest with absolutely no prior jungle training – simply in an attempt to achieve the most unique and fulfilling gap year experience – there were some severe errors made. This naïve romanticism about the jungle is at the heart of most jungle-survival experiences. As Ghinsberg himself admitted, ‘Karl saw how I drank up every word that he said. I was naïve and begged him to take me with him.’

After his ordeal and subsequent recuperation, Ghinsberg returned to Madidi. Upon discovering that the people who had come to his rescue, the community of San José, were struggling economically, he worked with the Inter-American Development Bank and Conservation International to set up the Chalalán ecolodge in 1999.

The jungle is not a place where you can survive indefinitely on what you have gleaned from a Friday-night binge-watch of Bear Grylls.

Whilst most of the planet has been tailored to host humans, Madidi Park retains its wildness. True wildness is a unique and rare occurrence in most of our everyday lives, and it can remind us of the formidable power of nature. The stories of these men are not supposed to deter tourists from experiencing the jungle, but instead provide examples of where misplaced pride and confidence can be dangerous. Hopefully the Hollywood adaptation will inspire a new wave of adventurers to explore the Bolivian rainforest whilst reminding them of their human limitations.

Survival Tips for the Jungle

Don’t panic; stay as calm and collected as possible.

Keep as orientated as possible; stick to a single direction or find a river to follow – do not just wander aimlessly.

Follow animal trails as they may lead you to water sources/food, etc. (Acuña claimed that following a group of monkeys helped him survive in the jungle.)

Be careful with your feet (this was the downfall Ghinsberg and Stamm; whilst sores are inevitable, it is vital to keep your feet dry and aired-out to prevent foot rot).

If faced by a jaguar, spray insect repellent into a lighter to create a flamethrower (according to Ghinsberg, he learned this trick from a James Bond movie).

Do not try to kill the worms that crawl under your skin; they’ll get infected and you’ll probably die

Final tip: just don’t get lost in the jungle!