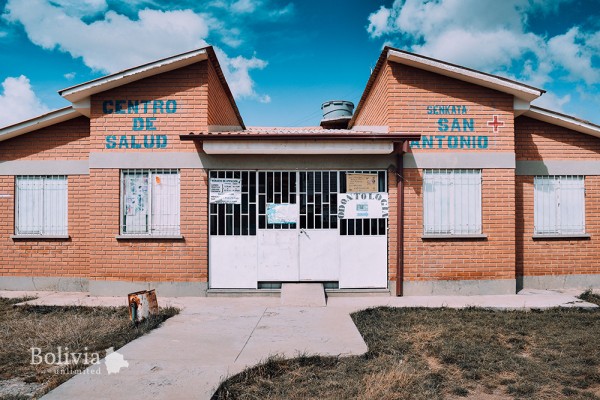 Señora Ruth Quispe Choque was glowing as she described a beautiful and comfortable birth in a location where she felt like almost as if she were in her own home. She cheekily laughed, recalling her husband ‘trying’ to help, but ended with nothing but praise for the staff and facilities she had entrusted to deliver her baby. She was sitting on one of two wooden beds covered in thick wool blankets in a room with earth-coloured walls and timber floors. A small yet fully equipped kitchen was nestled into the corner of the room.

This could have easily been her bedroom. It was warm, colourful and homely. Yet Ruth was relaxing in the same room she gave birth in, known to the community as a sala de parto con adecuación cultural. This was just one of the ‘intercultural’ birthing rooms that have been in use in Bolivian hospitals and health centres since 2006.

Next to the birthing room, it’s a different world, full of bright light, white walls and sterile stainless-steel medical instruments. The contrast is extreme, a reminder of the struggles faced when combining centuries-old customs with modern scientific practice. Even now, some Bolivian campesinas would rather risk complications or even death giving birth in their own homes than enter into this sterilised setting.

We had travelled to the San Antonio health centre in the municipality of Calamarca, just south of La Paz, to see firsthand how health-care practices in Bolivia, specifically giving birth, have adapted to recognise the distinct cultures and traditions of the nation. This initiative is replicated at a national level, helping mothers such as Ruth deliver their children in safety while still utilising traditional methods. The room in San Antonio’s health centre was completed in October 2017 with the help of Médicos del Mundo, an NGO regulated by the fundamental right to health. They seek to include men and women on equal terms, and contribute to their empowerment through exercising this right. 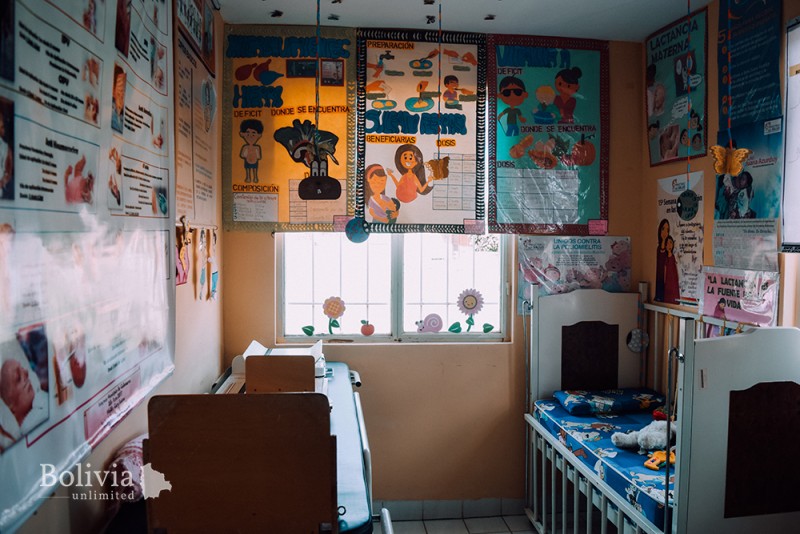 According to the World Health Organisation, Bolivia has a maternal death rate of 206 per every 100,000 live births. Although this reflects a significant reduction from a decade ago, Bolivia still lags behind its South American neighbours in maternal health (only Guyana has a higher maternal death rate).

‘In Bolivia, ultimately, the women who die are indigenous or peasants,’ said Fabiola Delgadillo, an anthropologist working for Médicos del Mundo. ‘They fear hospitals because of the culture shock both with the people who work there and the facilities.’ Her colleague Dra. Roxana Vargas listed the reasons some expectant mothers give for avoiding modern hospitals: ‘The doctor doesn’t speak our language. Because the room is cold. Because we can’t bring our families. Because we have more confidence in our midwives. Because I need to keep looking after my children and they can’t enter into the hospital and stay with me.’

This fear of modern medicine has contributed to Bolivia’s disproportionately high maternal death. However, with the introduction of SAFCI – the country’s community and intercultural family-health programme – in 2011, maternal health is improving year after year. SAFCI complements the country’s 2007 Vivir Bien policy with increasing health-care coverage that respects the traditional cultural practices of Bolivia’s diverse population.

Bolivia lags behind its South American neighbours in maternal health

These cultural practices are integral in San Antonio’s birthing rooms. For some Aymara women, birth position is an important consideration, and they are free to make themselves comfortable in the facility. The mother’s family can use the kitchen to make warm drinks and soup. Midwives have an important role in many Aymara births, and they work alongside the centre’s doctors.

Traditional customs are also respected. ‘For the women, [the placenta] is like the soul of the child,’ Delgadillo said. ‘They dry it, and when the child is ill they use it as a cure.’ In some communities, mothers bury the placenta alongside desirable objects by the door of their house. Of course, modern biomedical facilities are on standby in case of complication – only a door away at San Antonio – reducing response times when emergency care is necessary.

‘The idea of interculturality – that is, respect for the diverse cultural beliefs and practices of Bolivia’s varied populations – ‘is fundamental… It is the idea of rights,’ said Carolina Delgado, an anthropologist working with the Chiquitano community in Santa Cruz. In the past, many women would stay at home for the birth of their children because hospitals wouldn’t allow them to follow long-established traditions, contributing to the high maternal mortality rate. Now, though, this strategy focussing on maternal care and culturally appropriate birthing rooms which can be utilised alongside modern medical facilities, contributes greatly to reducing maternal mortality in the country. 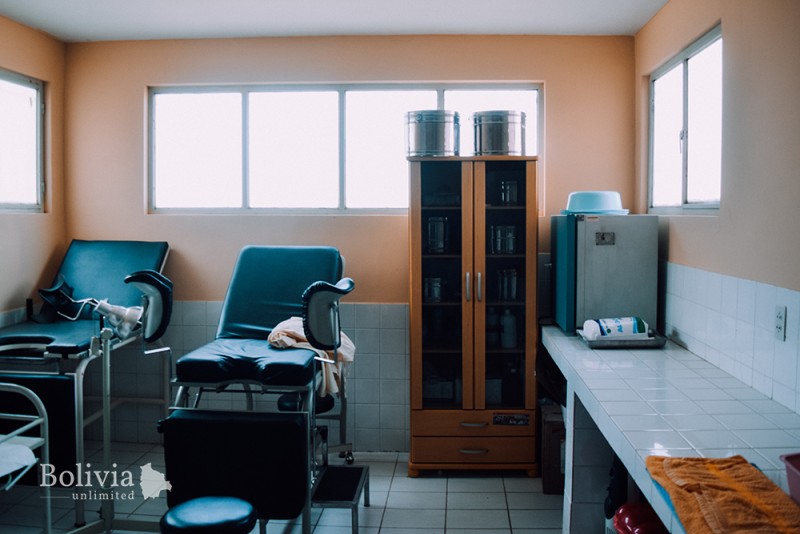 Various NGOs have been working in the country to improve health provisions over the decades, but it wasn’t until 2006 when maternal health started to see improvement. In 2008, Médicos del Mundo opened its first intercultural birthing room in the altiplano’s Patacamaya municipality. Research led to the construction of the room that incorporated cultural sensibilities and reduced the suspicion of modern medicine that can be prevalent in the Aymaran community.

Médicos del Mundo also work alongside doctors and health workers in the hospitals to educate them about traditional medicine and facilitate cooperation between traditional midwives and health-care workers. ‘They have to accept and adapt,’ Vargas said of the modern doctors with whom she works. She said the doctors, unaccustomed to working with midwives, were at first concerned that they might try to implement modern practices during home births. But trust has grown, and there is now a common respect between the two groups of different medical practitioners.

At the San Antonio Health Centre, this fusion was visible by the brightly coloured and visual posters affixed to the building’s walls – some illustrating symptoms of illnesses, others instructing new mothers how to safely dress their children – which would stick out like a sore thumb in a modern facility. Nurse Claudia Quispe Chipana emphasised that the staff ‘accepts and respects the customs of the community’ despite their modern medical training. A doctor at the centre, Maruja de Mamani, said that the medical care the centre provides ‘is not so vertical, like academic medicine.’ Nevertheless, this transition has not been without challenges. Sometimes entire families, Chipana recalled, want to enter the room when the mother is giving birth. Nevertheless, she said, ‘we have to adapt. ’Here, the mother’s wishes are an integral part of each birth.

In the past, mothers feared that their traditional ceremonies and customs would be ignored if they gave birth in medical institutions rather than in their homes. But now traditional practices of indigenous births are respected, conserving cultural identity and dignity while ensuring every mother has the right to a safe birth.