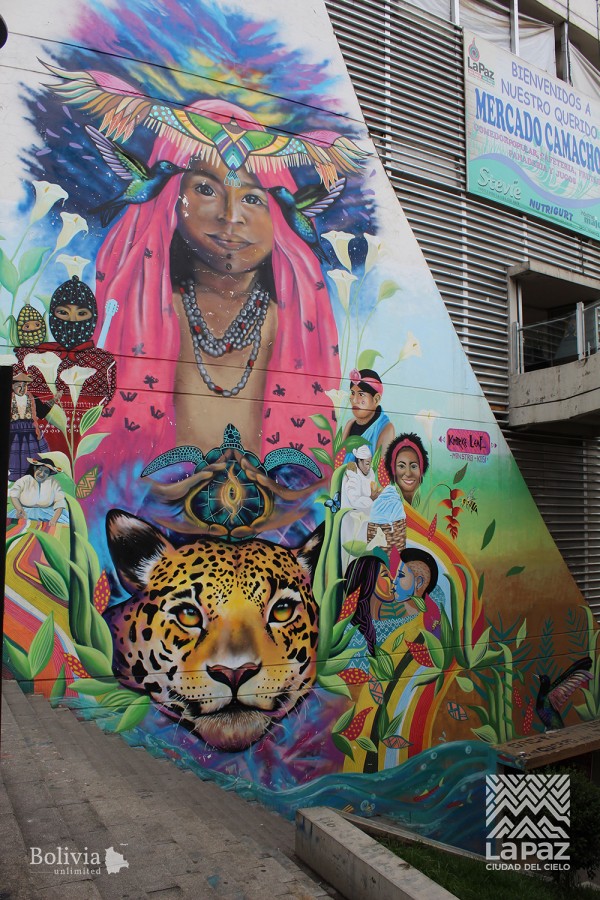 The year 2019 was proclaimed the International Year of Indigenous Languages (IYIL) by the United Nations in 2006. The aim of this year’s celebration, is to raise awareness of indigenous languages and cultures that face the threat of fading entirely due to political and social isolation. On 1st February, President Evo Morales gave a speech to kick off the year, which is organised by UNESCO. Speaking before world leaders, Morales stressed the global significance of indigenous languages, not only as means of communication, but as vessels for culture and identity:

‘Around 6,700 languages are currently spoken around the world, of which 40 percent are in danger of disappearing completely. The majority of this 40 percent are indigenous. By losing these languages, we run the risk of losing our cultures and understanding. Each language reflects the culture of the society that created it… the loss of a language just as much marks the loss of a worldview, and the impoverishment and diminishment of [human intelligence as a whole].’

IYIL will take place at a crucial time for global linguistic diversity. In 2004, a study conducted by British linguist David Raddol and published in Science, predicted that 90 percent of the world's languages will become extinct by 2050. The term ‘language extinction’ refers to a language that loses its last living speaker. These linguistic dead ends will have cultural consequences that are difficult to predict and perhaps even harder to measure.

Due to globalisation, many people think of speaking a second global language as something essential. Travel and international business are not only available on a growing scale, but have become common expectations. As people migrate towards international hubs and globalised urban centers, their mother tongues can fall out of use through generations. But indigenous languages have faced a more severe threat: colonisation.

In spite of the trend towards naturally and unnaturally caused language extinction, for the past ten years Bolivia has been actively combatting this issue with legislation. Only 60 percent of the 11 million people who live in Bolivia speak Spanish as their native language. This means 40 percent of the population, has an indigenous language as its mother tongue. Bolivia’s 2009 Constitution and its General Law of Linguistic Rights and Policies require that all governmental departments use at least two languages, one of those being Spanish and the other an indigenous language of the region. These pieces of legislation not only recognise the relevance of indigenous communities in Bolivia, but also ensure that their languages are actively maintained on an official level.

Bolivia has also lead significant reform in the context of education. For years, Bolivia faced a crisis of illiteracy that affected the country’s indigenous groups. The fact that the state only recognised Spanish as the official language of the nation’s system of education greatly limited the access of indigenous students to education, which exacerbated the issue. The 1994 education law aimed to diverge from imposed Western schooling techniques, and most importantly, promote the teaching of an indigenous language alongside Spanish in schools. A law signed by Morales in 2010, known as ‘Law 070’, reinforces those principles with a focus on decolonisation.

Bolivia officially recognises 36 indigenous languages, a number that may soon grow to 39 as more communities petition to be included in the Constitution. Of these languages, however, the three most spoken after Spanish are Quechua, Aymara and Guaraní. Though Guaraní is primarily spoken in Paraguay, the Guaraní people are spread over several countries in Latin America, including the southeast of Bolivia. Like many indigenous languages, Guaraní did not have its own writing system before colonisation. This is not to say that the Guaraní don't have a literature of their own. They have a rich oral tradition in which stories are passed down by communities from generation to generation.

Irande is the first novel to be written in Bolivia entirely in Guaraní. It was penned by Elio Ortiz Garcia, an Isoseño-Guaraní from the Gran Chaco. Ortiz had previously written about Guaraní social issues, such as healthcare, determined to give his people a voice. Although Irande is a written piece of work, it reflects the storytelling techniques and philosophical values that are typical of Guaraní tradition.

Since the implementation of Law 070, there has been a strong government push for schools to adopt indigenous languages,which Florentino Manuel Aquino, a Guaraní teacher in Santa Cruz, believes is key for legitimising both indigenous languages and the Plurinational State. But to learn a language like Guaraní, one must also understand the culture and philosophy that goes along with it. ‘The Guaraní have a very close connection to nature and the cosmos,’ Manuel says. ‘Spirituality is very present in our lives.’

According to him, language and identity are very tightly intertwined, especially when one has had to struggle to keep these elements alive. Manuel believes communities fight to maintain their language and culture ‘because language is our soul.’ He celebrates the International Year of Indigenous Languages as a worldwide statement. ‘Decolonisation should mean respecting various cultures and identities,’ Manuel says. ‘Indigenous languages have a worldwide significance.’

Even with new legislation, Manuel admits that younger generations do not see the importance of maintaining indigenous languages and do not consider it useful. It is true that, with globalisation, language extinction seems an inevitable problem, but one could argue that this is why the International Year of Indigenous Languages has come at a pivotal moment. It conveys the universal message that all cultures and languages should be respected and honoured and that we must conserve indigenous languages to avoid losing a part of global heritage. In the words of Nelson Mandela, ‘if you talk to a man in a language he understands, that goes to his head. If you talk to him in his language, that goes to his heart.’

For more information on the International Year of Indigenous Languages, and to find out how to get involved, visit: https://en.iyil2019.org