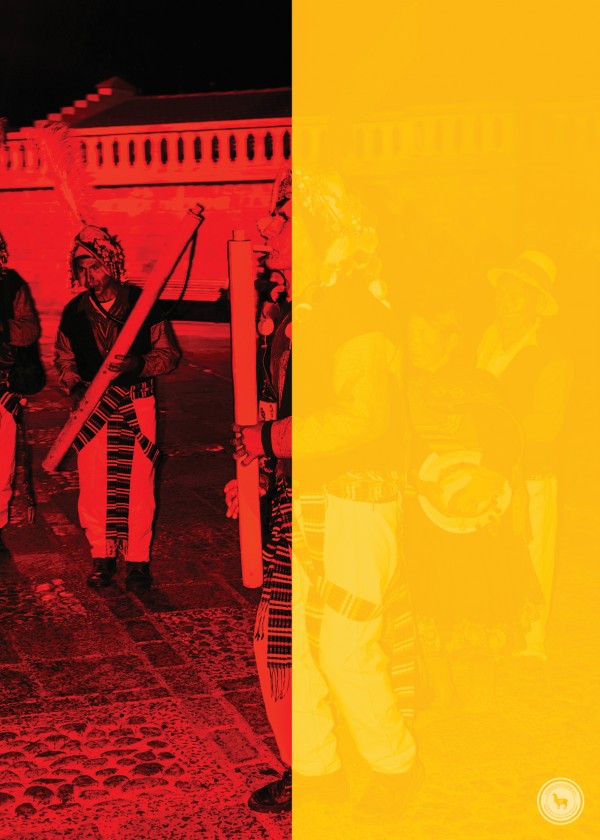 The Struggles of Recognizing Legal Pluralism in Bolivia

Blaring trumpets and crashing drums reverberate through the white walls of Sucre. On Calle Dalence, hundreds of people, adorned in an array of colours, march up the narrow street, singing and dancing their way to the picturesque Plaza de Anzures. Here the celebration escalates; the Wiphala proudly flies, and an ever-growing crowd looks on as performers from every indigenous community in Bolivia come together to celebrate the plurinational culture of Bolivia.

Samuel Flores, the former leader of the marka Quila Quila in the department of Chuquisaca, and now a permanent advisor to the the Tribunal of Indigenous Justice, says this isn’t merely a celebration, but a protest against the injustices committed against the indigenous nations of Bolivia. ‘The plurinational state is two things,’ he says. ‘It’s the system of the indigenous nations of Bolivia, and the democratic, globalised system of Morales’s state.’ Flores’ words convey a strong sense of bitterness and injustice, which arise from the apparent disjunction between these two systems. ‘We have to fight so that “the plurinational state” is more than just a name.’

The Plurinational State of Bolivia comprises more than 50 precolonial indigenous nations. For centuries, they have carried out justice in their territories according to the specific customs and methods of their respective cultures. In 2009, the new Bolivian Constitution recognised for the first time the indigenous nations’ rights to autonomy and self-determination as equal to that of the state’s justice system. But this idea doesn’t always translate to action.

After an intense morning of constructive discussion and debate, the summit breaks for lunch. In the central market, Mama T’alla Florinda González Pérez, the elected indigenous leader from the marka Salinas, in the department of Oruro, explains the challenges of her role. ‘Our authority is recognised by the state, but the Ley de Deslinde Jurisdiccional (‘Law of Jurisdictional Delineation’) works against us,’ she says.

Introduced in 2010, the Ley de Deslinde demarcates between the state and indigenous jurisdictions and sets up the terms of coordination and cooperation between them. Articles 8, 9, and 10 of the law impose certain limitations upon the exercise of indigenous justice, dictating that it may only be applied when certain criteria are fulfilled, including that the person involved must be from the same nation as the indigenous authority and the issues at hand must have taken place in the territory of the indigenous authority. The 10th article is the most strongly contested. It establishes that certain crimes, such as child abuse, rape, homicide, and drug trafficking, are exclusively under jurisdiction of the Bolivian state.

‘The law essentially means that we are only allowed to deal with disputes over land, whereas before we dealt with everything,’ Florinda says. She argues that who commits a crime and what type of crime is committed are immaterial and that these restrictions contradict the authority conferred to indigenous leaders in the Constitution. ‘If something happens in our territory, that’s it; it should fall within our jurisdiction.’

Additionally, says Florinda, the constitutional guarantee of equality between indigenous justice and the state is not being observed. ‘We don’t have a house of justice, technical support, or any kind of budget,’ she says. This makes the job of the mallku more or less impossible to carry out. When a case does fulfil the criteria identified by the Ley de Deslinde, the mallku frequently doesn’t have the economic or bureaucratic resources to pursue a case.

Florinda’s complaints are vehement and well-argued, but is her complete dismissal of the Ley de Deslinde entirely fair? The Ley de Deslinde not only sets limits, but validates the Jurisdiction of Indigenous Justice and sets up the terms of coordination which facilitate its application. Moreover, the limitations have an essential function: ensuring that the laws and principles of the state are upheld above all else. It is within reason that the state should wish to control issues as serious as rape and homicide. More importantly, its desire to do so does not, according to Marcos García-Tornel Calderón, an expert in constitutional law, undermine indigenous authority or the equality accorded to their jurisdiction. ‘I don’t think it violates the principle of jurisdictional equality, because a jurisdiction can exist with a limited field of application and still maintain an equal status.’

However, García-Tornel believes that the extent of limitations listed in the Ley de Deslinde is excessive and problematic. ‘If you look carefully at the list,’ he says, ‘the scope of matters within the Jurisdiction of Indigenous justice is reduced to a bare minimum.’ In this respect, the law does violate the Constitution, although not in a strictly legal sense. ‘It’s more a violation of the spirit of the Constitution and its plurinational nature, and a lack of due respect for the indigenous nations of Bolivia’.

On the last day of the summit, the indigenous leaders announce their conclusions: to mandate the plurinational constitutional tribunal, declaring the Ley de Deslinde unconstitutional and demanding the adequate financial support to fortify coordination and cooperation between the jurisdiction of indigenous justice and the state. ‘The state needs to understand that we, too, have a right to help build this Plurinational State of Bolivia, and we’re not merely acting on an impulse or desire,’ says Tata Francisco Ibarra Ortega of the Q’hara Q’hara nation, from Potosí. ‘This is a reality – an official decision made by an official jurisdiction of the state. We needn’t be afraid; we are prepared to help build this state in this critical moment when we are needed most.’

But others aren’t nearly as accommodationist. ‘The state is the one common enemy of the indigenous nations of Bolivia,’ says Samuel Flores. ‘An enemy against whom we, the indigenous communities, need to fight.’ For Flores, the severe limitations imposed by the Ley de Deslinde constitute a form of subordination, fomenting scathing views towards the concept of plurinationalism. ‘How can we continue to be a part of a state in which we continue to be subordinated? The state is just using us to put on the poncho and the pollera and talk about the indigenous communities on an international level,’ Flores continues. ‘But in practice? Little, if anything at all…. That’s why we’re here, fighting.’

Flores maintains that the many indigenous nations represented here at the summit are all on the same page. His words, however, suggest a relationship of conflict with the state and a desire for autonomy that contradicts the proposal of strengthened collaboration widely promoted at the press conference.

Conflict or cooperation? Indigenous autonomy or plurinationalism? The Ley de Deslinde, and the controversy it has stirred, has exposed the frighteningly fine line between division and unification in the complex politics of Bolivia.