If You Zamponnabe My Lover 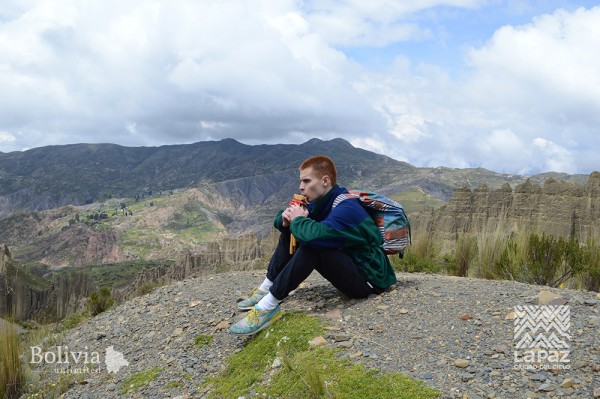 The Arts and Reviews

You've got to learn to play

It's been described as ‘the communication between the human world and nature,’ as a vital expression of Andean culture and, more prosaically, as a monophonic wind instrument composed of differently sized tubes of wood or bone that are blown to create a pitch. It is the morning hymn of the mountains, the song of the breeze: the zampoña.

A chance encounter in the Witches’ Market; a transcendental musical experience in a taxi; losing all my books and needing something else to fill my time – these are all factors that have led me to blow (pun very much intended) a sizeable proportion of my weekly budget on the wooden instrument strung around my neck.

I blow. The sound that comes out is only slightly more tuneful than the sound of a heavy door swinging shut by a breeze/ghosts or – at a push – an exhausted marathon runner panting. Lot of air coming out, not a lot of tunefulness.

The sound that comes out is only slightly more tuneful than the sound of a heavy door swinging shut.

I stick on a Bolivian folk playlist for inspiration, letting the gentle sound wash over me like the patter of cool rain on the ground outside. I wake up, 30 minutes later, feeling refreshed but none the wiser about the instrument. I try again, attempting to play a few simple tunes: a slightly breathy version of Darude’s ‘Sandstorm’, a basically inaccurate cover of Pitbull’s ‘On the Floor’, an honestly haunting take on Joy Division’s ‘Love Will Tear Us Apart.’ Progress – Ian Curtis would have been proud. My brief sense of elation is thwarted by my roommate, who describes the ambient listening as ‘stressful’ and draws up a provisional timetable of limited zampoña-playing hours. Philistine. I give up for the day in a huff. Oh, zampoña, will I ever unlock your secrets?

Day two: no progress. Can't help but notice that since I've embarked on my zampoddyssey there have been more cats lurking around the house. Am I the Pied Pan-Piper of La Paz? Or do they think my playing is the sound of one of their brothers calling out in pain? Either way, I appreciate the more appreciative audience than the tone-deaf humans that can't hear art if it slaps them in the face with sweet Andean melodies.

I do a bit of research, hoping that learning about the history of the instrument will stir up some musical passions within me. The zampoña is an instrument that is most associated with performances outdoors; it lends itself to sweet, simple melodies that flutter about playfully like a bird in the breeze. It is an instrument whose history is tied up with that of the Inca Empire, and was traditionally played around the Inca heartlands of Lake Titicaca. The instrument has a quiet, gentle sound that sets it apart from other Bolivian folk music – leaning towards the contemplative instead of the brash – and is often employed in rural ceremonies, particularly relating to patron saints of towns, but is also occasionally played by bands of seven players called zamponistas. This is all very well, if I can learn how to play the damned thing.

I need a change of scenery. The house is becoming a prison, choking my creativity and drowning out the sound. Also, the cats are getting a bit annoying and I don't know if my travel insurance covers fleas. I need to take my zampoña into the natural world. After all, what is the zampoña if not the sound of nature? The sound of women walking down the mountainside blowing sweet melodies through the wind? I sling the instrument round my neck and head on the next bus for the Valle de las Ánimas.

On arrival, we give Pachamama an offering of coca leaves and alcohol and shout out our thanks. Quietly, I ask the earth mother to provide musical inspiration amidst the towering crevices. The hike up to the top of the mountain is staggeringly beautiful – an intricate gulley of uneasy-looking rocks eventually gives way to a meadow with a breathtaking panorama. The spectacle, and the fatigue from the walking, has taken my breath away – and it is several minutes before I have enough air in my lungs to play my instrument. But play I do. After a tentative effort at the classics, coupled with a setting-appropriate take on the Lord of the Rings soundtrack, I finally find my voice. These mountains remind me in some way of my childhood, walking around the Lake District in the North of England, adding stones to the waypoints and gazing at the birds. The waypoints are sparser here, the air thinner and the birds certainly more majestic, but the inner feeling is the same. Pachamama has inspired me, after some time away from home, to think about my my roots. We are standing at a crossroads between the earth and the sky, between the sacred and the profane, but also between cultures, and it is at this intersection that inspiration arises. I draw the wooden instrument to my lips, and out comes a pitch-perfect medley of the spiritual songs of England: ‘Three Lions’, ‘God Save the Queen’, ‘Vindaloo’. A bird calls out in what can only be appreciation before flying off into the sky. For a second I feel I have conquered the zampoña, but then I correct this arrogant line of thinking: the zampoña has conquered me.

If for some reason you want to herd a lot of cats, you should hire a zamponista.

I return to where I’m staying in Sopocachi and put the zampoña down, never to pick it up again. My exploration of Bolivian culture is done. I have reached my musical apex, and know I will never reach those literal and figurative heights again. I leave the zampoña at the house, for the next generation to take up the mantle, but also because I’m leaving soon and can’t fit it in my bag. So what have we learned? There is no greater source of inspiration than the divine majesty of mother nature. Also, if for some reason you want to herd a lot of cats, you should hire a zamponista.