If These Walls Could Talk

Graffiti and street art have the ability to turn a city into a tourist destination. Such is the case of Berlin, Melbourne or Valparaíso. In Latin America, however, this medium not only attracts visitors, but often creates a forum for topics like death, resistance and revolution.

The difference between graffiti and street art is a question of legality. Whilst graffiti can be anything from tags and slurs to feats of efficiency, street art affords artists time to complete their work, as they have permission from either the state or the property owner.

Graffiti as an art form has yet to really take off in Bolivia. In La Paz, graffiti is slapdash, if not juvenile, although there are some interesting pieces along the embankments of the autopista entering La Paz from El Alto. Street art, however, has found a vibrant home and a welcoming audience in the city, turning La Paz into an open-air gallery.

Street art has found a vibrant home and a welcoming audience in the city, turning La Paz into an open-air gallery.

The recent ‘Meeting of Latin American Muralism’ that took place at the Pipiripi children’s museum in the Miraflores neighbourhood is a testament to La Paz’s ever-growing street-art scene. The third installment of the annual event included over 150 Latin American and international muralists, who gathered at an idyllic vantage point that features one of the city’s best views and guarantees that the murals can be seen from various parts of the city.

The theme of the event was ‘Mother Nature’, and the result was an awe-striking, colourful and thought-provoking display of enormous murals that transformed the space. In total, approximately 30 murals were completed during the encuentro, which took place over a two-week period between August and September 2018. 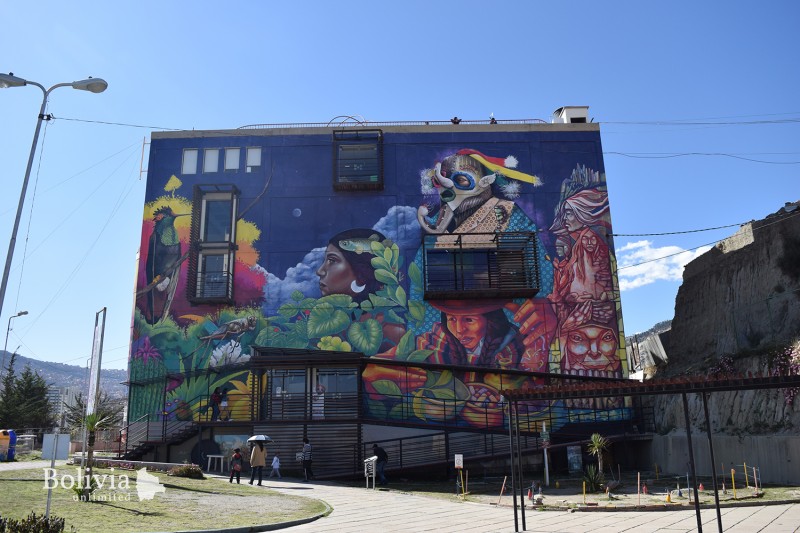 The General Cemetery, in the centre of La Paz, is another place to see the role that muralism plays in Bolivia. While death is a topic frequently shied away from or ignored in many Western cultures, here it takes on new heights. The murals that adorn the walls of the cemetery deal with this sensitive topic in thoughtful, honest and beautiful displays. These displays of art are the work of the Perrosueltos collective, and are part of the Ñatinta Festival. In its third edition, the festival showcases over 30 national and international artists.

But muralism is not a new phenomenon in the Andes. From as early as the 1500s, evangelists used murals as a tool, although the art form was replaced by oil painting by the late 17th century, as Ananda Cohen Suarez writes in Heaven, Hell and Everything in Between: Murals of the Colonial Andes. There was a resurrection of muralism during Bolivia’s 1952 National Revolution, and one of the most important artists from this period was Miguel Alandia Pantoja, from Potosí.

Muralism in the Andes region is not a new phenomenon.

In one of the few interviews Alandia made during his lifetime, he said, ‘Muralism takes popular myths and legends and the very life of the masses of miners and farmers in their fight… to express a rejuvenated and resounding language of the universal desire of man of our time: the revolution.’ 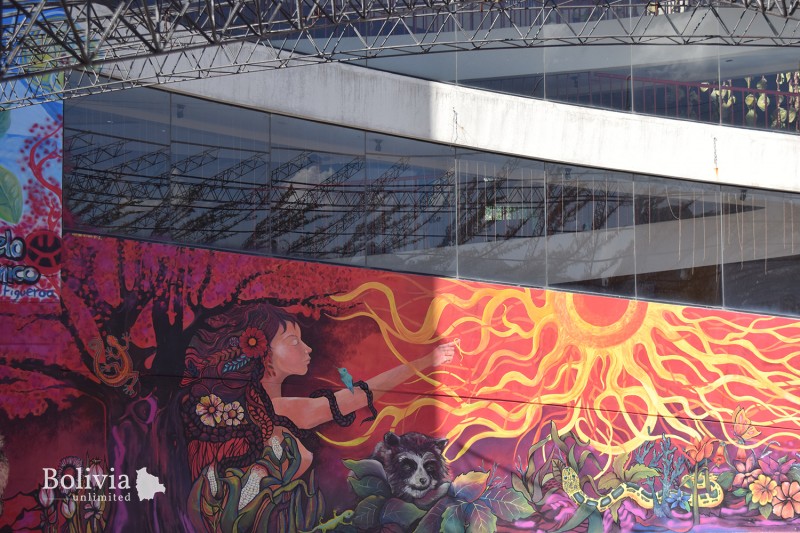 For more information on the Ñatinta Festival and the Perrosueltos collective, please visit: