How to Love Life Itself 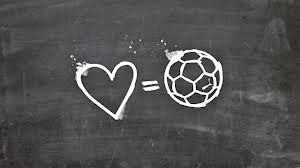 Football: A Game of Hearts

I don’t remember his name, but he spoke with an emotion and a glint in his eyes that I didn’t see very often: this exchange student from Thailand, barely 17 years old, had just arrived from Oruro and was planning to stay in my house for the weekend. It wasn’t any ordinary weekend; that Sunday, Bolivia was playing the Copa América final against Brazil.

He said he chose to come to Bolivia because he knew that the Copa was going to be played there. ‘He is a true football fan and he is very excited’, my mother told me. Later, the boy took me through a session of ‘show and tell’, proudly displaying the memorabilia he had brought from his country: photos, curios, and Man-U magazines in Thai. He had encyclopaedic knowledge of formations, sketches, and results that I would have never imagined were possible to memorize. And he recited them with enviable emotion and, it could be said, with love.

Can you love a game? Love reigns over all other feelings. We grow fond of people, animals and material objects. But can we really develop an emotional bond with a recreational activity? Games are one of the few human activities performed for their own sake: we play because we can. In a game we reflect and project who we are. To play is to escape oneself, it brings us entertainment and that’s why we enjoy it.

This was the last thing I was thinking about when, two days later, Ronaldo’s Brazil took away ‘our’ Cup, after beating a Bolivian squad that got us all excited for an instant when they tied the match. That night, I shared the pain of defeat with another 40,000 souls painted green in the mythic Hernando Siles stadium.

How could a game become so important? Maybe it's a special kind of love. We know about brotherly love, paternal love, and romantic love, but it seems that this game stirs a feeling as singular as its very nature. Have you ever seen the face of a fan when a goal is scored against his team? It’s a unique gesture of disappointment, anger, resignation and winded agony never otherwise seen. I dare say that only such a singular sport is able to awake such a particular feeling. The joy of a child who goes to bed hugging his football; the frustration of a fan who learns that a good match won’t be broadcast. No, I’m not talking about a match ‘your’ team plays: Argentina v Germany, Milan v Real Madrid, Boca v River, we hunger to see these games as much as some might yearn to hear Bernstein conduct a Beethoven symphony. Indeed, it is a love that exceeds country or team: a place in our heart in the shape of a regulation-sized football. It’s the excitement of watching a play put together by the Iniesta - Xavi – Messi trio, it’s that feeling we have when switching channels and suddenly finding a match and thinking: ‘Who are they? Who is winning?’ And, like all feelings, it’s either there or it isn’t, you can’t force it.

The next day, during lunch, my mother surprised me with a corollary to the story. ‘Do you remember the Thai guy? Well, his host family in Oruro didn’t give him permission to travel to La Paz, but he came anyway just to watch the game. Even the police were looking for him, and as punishment he must return home immediately. He said he didn’t care, he was happy because it was the final of Copa América’.