Honey, I shrunk a festival

You buy small, fake money with life-sized, actual money in hopes that you will become rich? Am I the only one not lost in the irony?

Bolivianos! Dólares! Euros!' shouts the street vendor directly in front of me, as similar cries ring throughout the Sopacachi district of La Paz. At 11:55 the street is swarming with festival goers rushing to buy miniatures for the 12:00 start. To my left, a crowd of people surround a one-stop shop for everything tiny: cars, pots of gold, houses, graduation certificates, alcohol bottles, luggage and of course, stacks of money. To my right, there's another stand selling what appear to be newspapers the size of napkins and a doll smoking cigars. Did I enter an episode of the Twilight Zone? I step back from the bustling crowd to catch my breath, only to fill my lungs with burning incense. Trying to find the source of the smell, I encounter men and women sitting in the middle of the street hunched over incensarios, flower petals, coca leaves, hand bells and bottles of alcohol. At the centre the Yatiris chant blessings. These wise men are dressed in traditional Bolivian garb, some displaying crosses from their necks. Suddenly from above I hear a booming noise and jerk my head upwards to see a small firework show marking the midday hour. Alasita has begun.

I wander about to find out what else this festival has to offer, only to find more miniatures for sale. The crowd consists of mainly adults. How many Hot Wheel cars do grownups need? I come across another store selling assorted animal figures. I ask around and find that stands sell frogs for good luck, chickens to find a mate and owls to gain wisdom. To my surprise, the miniature nature of the festival doesn't stop with the food. Tiny baguettes and palm-sized cakes occupy the pastries section of Alasita. I can't resist trying the mini-deserts, and find that they taste as good as the normal-sized ones. My stomach satisfied, I step back into the bustling street and collide with a birdcage. The owner informs me that, for a small fee of 2 Bs –about $0.30— the birds will pick out your fortune from a drawer beneath their cage. While the little birds work, my eye spots the first lifesized article of the day: a rotund man with tools, a miniature car, a flute, and other items associated with wealth and good fortune hanging from his neck as pots of gold sit at his feet. I read a gold sign with the word 'Ekeko'. 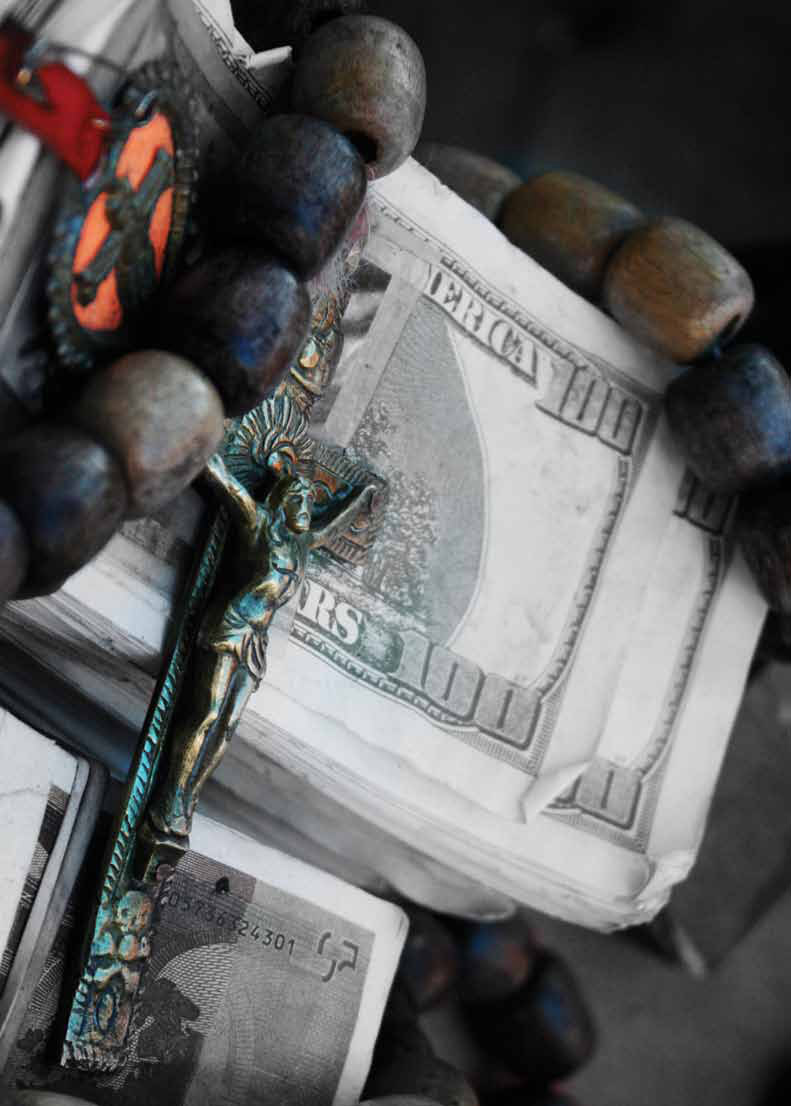 After sleeping on the unique festival, I decided to sit down with a Bolivian historian, Fernando Cajías, to get a better picture of Alasita. Still very confused about the meaning and purpose of the festival, I asked him, 'What is Alasita?' to which he responded, 'Alasita is the festival of desires and energy. Everyone has desires.' And there it was, the heart and soul of the festival in less than ten seconds. He went on to explain that the miniatures are used to represent desires that people have. Whether you want money or love, luck or wisdom, you can pursue your desires at Alasita by getting your miniatures blessed by a Yatiri in hope that they will become real, lifesized possessions within the next year. This is achieved by offering your miniatures to Ekeko, the Andean god of abundance, whose existence dates to the pre-Colombian era. The concept of this festival, offering miniatures to a god of abundance, dates back even further to the Incan period. However, the original practices were eradicated during the Spanish colonisation and introduction of Catholicism. The history of the fair's development as we know it today is cloudy, but we do know that it has been taking place in La Paz for the last 240 years. It started when Segurola, the mayor of La Paz, converted the feast of the god of abundance into a Catholic celebration. The festival is now devoted to Nuestra Señora de La Paz.

Today not only do people buy the miniatures in hopes of receiving good fortune from the Ekeko, but the festival has expanded into a larger cultural institution. Dr. Cajías went on to describe the artistic language of the fair: "The artisans compete to have their work prized and recognised. The miniatures are not just amulets and often become works of art.' The festival transgresses simpleminded material desires. Newspapers sold at Alasita (miniatures, of course) are openly allowed to criticise the government. Dr. Cajías also emphasised the ludic language of the fair. 'There is an air of fun and games during the festival and within the people. It's not only buying the miniatures anymore; there are fake weddings and other performances as well. I've even had students make me sign their fake marriage certificates.' Fully armed with the knowledge of a Bolivian historian, I returned to Alasita the next day to indulge in my own desires. I quickly set out to buy a miniature new car, stacks of fake money and a full set of tiny luggage. I took my finds to the nearest Yatiri to bless with coca leaves, incense and alcohol. Now I had a year to make these things a reality. 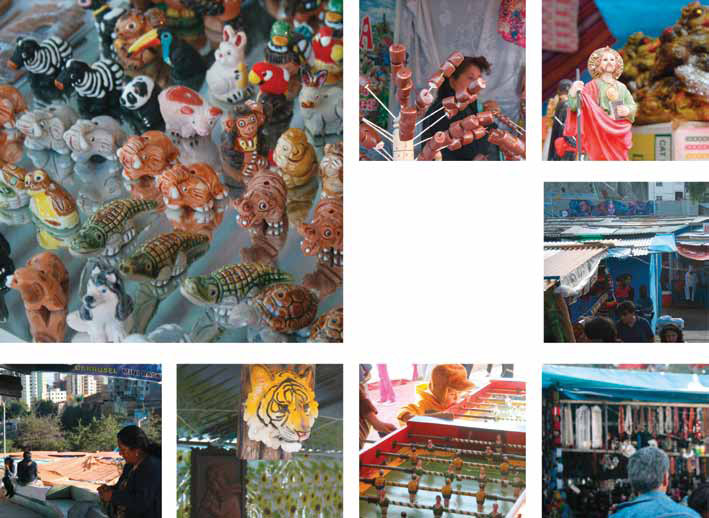 Next I set out to experience the carnival part of the festival. In the rides section, a bit further away from the entrance, I saw more children than at the shops on the first day. I encountered a Ferris wheel, merry-go-round and other rides that involved some sort of spinning, all classic staples of a fair anywhere in the world. In the games area I came across a gathering of futbolín tables, a popular section. Having years of experience playing foosball in my grandparents' basement during holidays, I thought I would try my luck against a couple of locals. It was a mistake to say the least, as I was easily defeated 4-1, twice. The experience, humbling as it was, felt like I was reliving part of my childhood all the way in Bolivia. This crazy festival was suddenly making me homesick.

After hearing the ideology behind Alasita and experiencing the fair firsthand, I couldn't help but question the tradition. You buy small, fake money with life-sized, actual money in hopes that you will become rich? Am I the only one not lost in the irony? At first it seemed to me like a childish display of human ignorance. But why then where the streets filled with so many adults, many of whom were clearly educated business people on their lunch break? The answer lies in the communal spiritual tradition. Bolivians don't buy these miniatures because they are cool looking or funny; but because amulets are a way of setting goals for the future. Alasita allows Bolivians to acknowledge their desires in an exciting, communal event. Unlike Catholicism, which preaches the repression of worldly desires, here, in this crazy festival of miniatures, people are able to voice their worldly desires without reprimand or guilt. Today's festival may be devoted to a Catholic Virgin in name, but in spirit it remains a celebration of energy, desire, and Andean abundance.