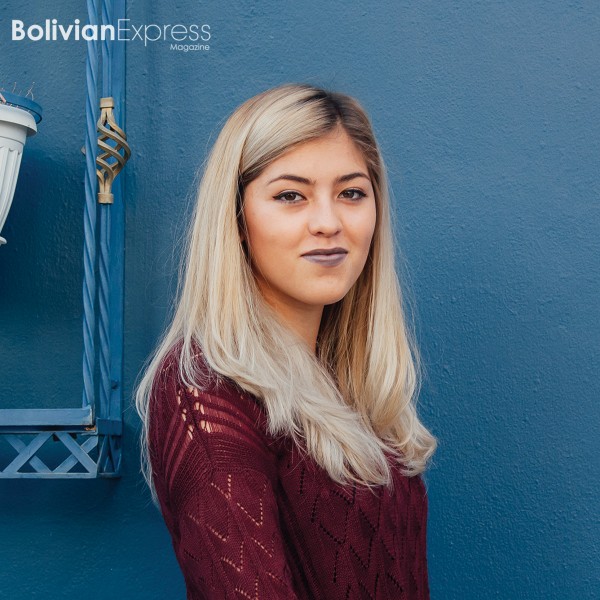 Once young people left Bolivia to pursue their dream; now they are coming back to find it.

‘Something that started growing in my mind was the idea of a Bolivian Dream.’
– Amaru Villanueva Rance

‘It’s difficult to define La Paz, but the first thing I think of is Illimani,’ Gabriela Prado pauses. ‘But also the salteñas, and the teleférico.’ In a city that encompasses so much variety, narrowing it down to a few defining features is almost impossible.

Amaru Villanueva Rance, the founder of Bolivian Express, defined La Paz as a city constantly in motion: ‘Not in the sense which, say, there are cities that never sleep…. It’s like a pressure cooker.’ Certainly, the city has undergone radical social, economic and political changes in recent years. Social protests, new policies and infrastructure changes have helped move the country forward at a rapid rate. Indeed, in recent years the economy of the country has continued to grow despite the global financial crisis in 2008.

So what does this mean for young paceños? How do these changes affect them and what is in store for the future?

Part of growing up is having aspirations for the future. Nothing is set in stone, the future lies ahead, uncertain and daunting, yet full of exciting possibilities. Everyone everywhere has their own version of the American Dream: the belief that regardless of where you were born or where you live, you can have the opportunity and ability to attain your own version of success and prosperity. With the rise of the urban class in Bolivia in the 1900s, young academics started to look to Western countries in order to achieve the prosperity they thought they deserved. The booming economies, social changes and quality of life in the United States and Europe were more appealing than ongoing developments in La Paz and the rest of Bolivia. There was a steady flow of people leaving the country to seek new opportunities and professional occupations abroad.

At 17 years old, in 2003, Amaru left La Paz to study in England. The autumn of that year saw public protests breaking out in the capital, including the infamous ‘Black October’ demonstrations which opposed President Gonzalo Sanchez de Lozada’s policy of exporting Bolivia’s gas and oil to the United States and Mexico. The president fled the country, and the city was left paralysed. However, rather than being relieved to have left, Amaru explains that he felt more drawn to Bolivia. ‘I could see that the country was taking on a new direction, and I wanted to be a part of that,’ he says. Normally, emigration was seen in a favourable light – seeking work abroad was expected, even at the expense to one’s personal life. It was part of the usual formula to achieve one’s dream of success. Gabor Prudencio, who also left the country, to the United Kingdom, in order to pursue his dreams of making it big in the demolition industry, found that he had to make some sacrifices in order to move up in the world. 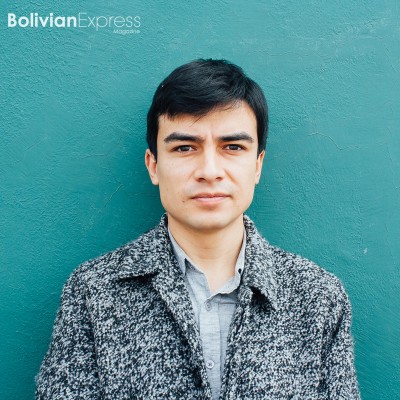 However, after the crisis of 2008, finding prosperity by moving abroad was no longer guaranteed. La Paz was transforming and growing rapidly. Living a successful life in San Francisco, Amaru was witnessing these changes. He was living the life he was brought up to dream of, but something wasn’t quite right. Rather than the ‘American Dream’, Amaru says that ‘Something that started growing in my mind was the idea of a Bolivian Dream.’ Young people could increasingly imagine themselves living a successful life in La Paz and, more importantly, playing a significant role in the development of the city.

Cintia Reyes Pando works for the Centre for International Migration and Development (CIM), which helps, financially and administratively, well-qualified Bolivians living in Germany to return to Bolivia. Cintia explains that often most Bolivians go to Germany to study agriculture, natural resources or risk management, and want to come back because their degrees are relevant to moving the country forward. She adds, ‘They see what is missing after they go abroad, and they want to change things and make a difference.’ Gabor felt that there was a lack of demolition services in La Paz. After surviving an accident at a demolition company in England, he realised that his true calling was in La Paz, and he returned to fill the gap in the market in May 2016. He started his own demolition company with the idea to expand it throughout Bolivia.

In a city that still has much potential to grow and change, young people feel a duty to carry out these new changes.’You’re almost summoned to be an agent of change here,’ Amaru says. Especially in the capital city more than anywhere else, because this is where the difference starts and can be feasibly carried out. La Paz is becoming more attractive to young Bolivian professionals because they feel that their work is more relevant and meaningful to the city, whereas in other parts of Europe and the Global North they may feel redundant or like they are just another piece in the system.

This is not to say that young Bolivians are no longer working or studying abroad. Indeed, according to the US Embassy in Bolivia, ‘U.S. Embassies and Consulates abroad issued nonimmigrant visas to more than 23,000 Bolivians, including 488 students to study in the U.S. and 333 cultural and educational exchange participants.’ Cintia also says that there are currently 350 Bolivian students that are registered to study at university in Germany. It seems that young people still have the drive to go abroad, but now more than ever have the desire to come back home in order to use their knowledge to move the country forward. After living abroad they see their homeland from a different perspective, and understand how they can make a difference.

Emma Rada Villarroel attended an exchange program in Ohio and came back to Bolivia to finish her studies. Whilst she enjoyed her time abroad and could very easily have gone back to the United States to work, she decided to stay and work in the La Paz’s tourism-development agency. Similarly, Gabriela Prado had the opportunity study for her undergraduate degree in the States, yet decided to study in La Paz. Gabriela says that she is attached to the culture and lifestyle in La Paz, including its family values, the people and their inherently friendly and welcoming nature. It would be difficult to adapt to a completely different way of life abroad, she says, especially at 18 years old, in a place where people are more reserved, like the United States. ‘My dream is to settle down in La Paz and raise my family here,’ Gabriela adds.

In addition, the city itself is quite extraordinary. Amaru defines La Paz as an ‘incredible mix of people from different regions of the country living in close proximity, the landscape, the food, the history, it all comes together in a strange cocktail that I think is unique’. After living abroad, young Bolivians frequently come back with aspirations of change, but also a strong sense of pride for La Paz and its distinguishing features.

La Paz is a place of overwhelming chaos, movement, lack of oxygen and striking landscapes, and at first glance it doesn’t seem to be a habitable place; yet many young Bolivians would comfortably and proudly call it home. Despite feeling very attached to Ohio and her life abroad, Emma is proud to be paceña, saying, ‘[La Paz] is the place in which I learnt and continue to learn about life. It’s the place where I feel the power of the mountains and the beauty of diversity. It’s my microcosm.’