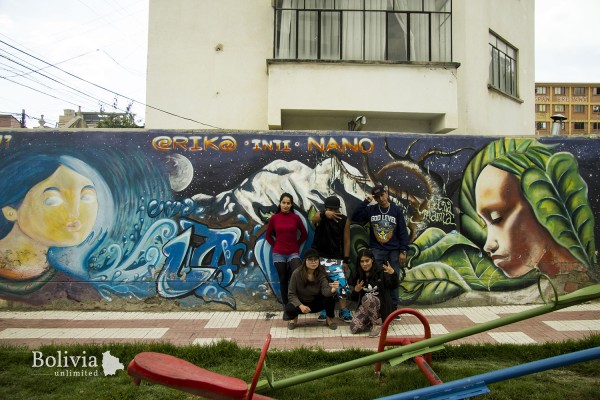 The Arts and Reviews

The creative movement bringing Bolivian culture to an international stage

La Paz is a city renowned for its urban anarchistic creativity. From malabaristas who perform acrobatics for cars stopped in traffic, to the sprayed cursive script of the grafiteras of Mujeres Creando and the increasing popularity of hip hop tracks in the city’s club scene. Although hip hop culture emerged as an afro-american artistic movement in New York during the 1970s, it is now gaining momentum in Latin America. More and more artists, like the Bolivian girl group from El Alto called Santa Mala, are using the power of hip hop to convey cultural, political and social messages on an international stage.

Hip hop is a culture made up of four elements: break-dance, rap, graffiti and DJing. Nano, a local graffiti artist, explained that each element is a way of sharing Bolivian culture, be it through smart rap lyrics, synchronised edgy body movements or controversial imagery gifted to the streets. Through these four media, it is possible for these artists to share their vision of culture and society.

Street art is perhaps the most prominent display of hip hop culture in La Paz, a city known for the dominance of coloured murals. La Paz attracts visitors from across the world, who are eager to see how graffiti artists and muralists have intervened in public spaces to communicate Bolivian culture in the streets. Having seen how graffiti has enriched the streets of La Paz, art student Indira Zabaleta Inti enrolled in a new graffiti school called Las Wasas, while Silvia Bernal Lara and Isabel Illanes Aguilera joined a grafitero collective, to transform their passion for graffiti art into a career.

According to these grafiteras, it is important not to confuse murals with graffiti. To the naked eye they may look the same, but there is one crucial difference: one has permission from the government, while the other is illegal. ‘Because [graffiti] is illegal, people don’t respect it’ in the way they respect murals, Aguilera says.

‘Because [graffiti] is illegal, people don’t respect it.’

The illegality of graffiti gives this art form a temporary role in a community, unlike murals that can occupy spaces for decades. When someone enters a space illegally and produces graffiti on the wall, the work is no longer theirs. They are gifting a community with a message. As a result, the artwork is often destroyed due to its anarchistic presence: ‘Yes, [my graffiti] is a reflection of my identity,’ Aguilera explains, ‘[but once I have finished] it’s no longer mine.’

The anarchistic nature of graffiti art, which usually conveys a violent or controversial message, sets this creative movement apart from that of mural art, which seems to prioritise aesthetics over promoting a social cause. ‘Graffiti isn’t there to look aesthetically pleasing,’ Lara says, who became fascinated by how graffiti can make people question their society and culture. ‘It is really important. It’s what we need to do,’ she adds. ‘Sometimes we need to do more, we need to make people a bit uncomfortable.’

‘Graffiti isn’t there to look aesthetic, sometimes we need to do more, we need to make people a bit uncomfortable.’

Rap is another core element of hip hop culture that involves sharing Bolivian culture through words rather than visual imagery. ‘Every country has its own hip hop culture,’ Nano says. There are local songs performed in indigenous languages, such as in Aymara. This unique fusion between Bolivian and American influences is attracting international attention, including foreign documentary makers who are keen to explore this up-and-coming urban scene. According to Nano, even though the lyrics may sometimes be in English, a language that doesn’t represent Bolivia, the social messages are always the same. That is what really represents our culture.’

Another component of hip hop culture is breakdance. Five years ago, Nano was part of a break-dance group called ‘New Voice’, which combined elements of the hip hop movement to create a Bolivian twist on American hip hop culture. Beyond the breakdancers, the group features DJs that mix Bolivian music with an American hip hop influence. ‘It’s a way of identifying with your own culture,’ Nano explains.

Rodolfo Alarcón, otherwise known as DJ Rodo, has embraced another another aspect of hip hop that allows young people to share their views to an international audience. Rodo fell in love with the art of rap at church and discovered the versatility of hip hop as a medium for sharing important social messages. His passion for spreading a valuable message led Rodo to pursue a career as a DJ, originally in people’s homes, but now at festivals around Europe and South America. 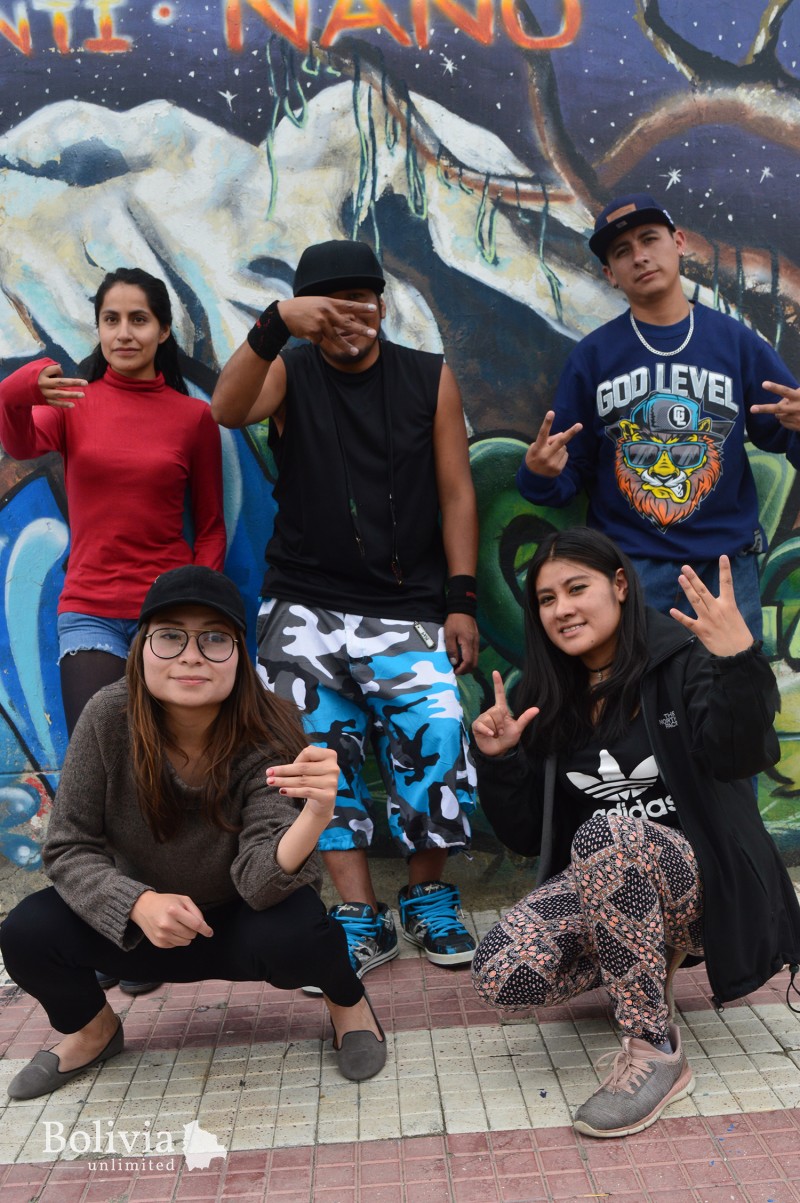 ‘There are two sides to hip hop,’ Rodo explains, ‘the commercial and the social,’ even though the commercial side of this culture is often seen as something negative. ‘When someone has an event that is sponsored by a brand, people think of them as someone who has sold out,’ Rodo says, ‘someone who doesn’t understand hip hop.’ But Rodo doesn’t see it this way. ‘It’s a platform to show what we do. If I just do hip hop on the street, no one will see what I do,’ he says.

The other side of the coin, the social side, involves sharing a message and, thanks to online live streaming, Rodo can share his passion with a global audience. This is something that all hip hop artists aim to achieve: to share their views through the medium of this anarchistic cultural movement.

Hip hop is a culture in perpetual evolution, a movement that is continuously adapting and finding innovative ways of pushing the boundaries. As a result, Rodo isn’t content with all that he has achieved so far. ‘My last event was disappointing,’ he says. ‘When I was a DJ for Red Bull, the venue was packed with people.’ Just like the culture of hip hop, Rodo feels the need to keep evolving. ‘It’s time for me to deconstruct what I’ve achieved so far,’ he says, ‘and reconstruct something better.’