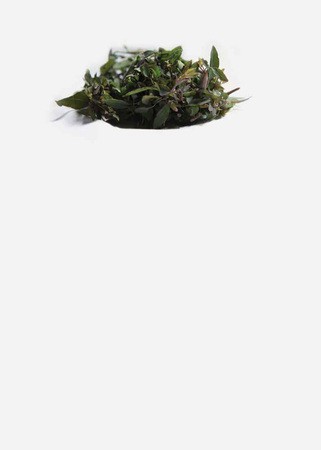 Bolivian cuisine is always an exciting affair, one that features an appetising cast of ingredients of both Spanish and native origin. Potatoes, rice, meat, and vegetables join forces to provide the sustenance, while herbs do their part by infusing the flavors Bolivian dishes are recognised for. From the bowl of llajua that graces every table setting, to the soups that prefix most meals in this country, herbs are a prevalent and essential component of the Bolivian dining experience.

While Bolivians use a wide variety of herbs in their cooking, there are a few that stand out not just for their savory contribution but also because they are among the most traditional in Bolivian cuisine. The following three herbs may seem exotic and unfamiliar at first to the foreign palate, but they are commonly used in Bolivian cooking.

Also known as the Amazon Black Mint, wacataya is a herb that grows in temperate grasslands in the southern regions of South America. With a rather pungent aroma, this herb’s flavor has been described as a cross between basil, tarragon, mint, and lime. Bolivians usually keep an abundant store of this herb at home as it is used in making the daily llajua that accompanies most meals.

Found in: Queso Humacha – this creamy and extremely flavorful dish is made with khati potatoes, fresh green beans, corn, milk, altiplano cheese, and comes garnished with huacataya. If you have a penchant for all things cheesy (aside from your father’s jokes), then you will most likely be unable to resist a second serving of this delectable dish.

Quirquiña
Also known as Bolivian Coriander, or killi, sophisticated palates have described this herb’s flavor as ‘somewhere between arugula, cilantro, and rue’. Quirquiña possesses a powerful aroma, which makes this herb easy to detect while shopping through leafy greens. While its flavor is considered by some to be an ‘acquired taste’, it doesn’t take long to be won over. A Quechua favorite, quirquiña has been used for millennia by this indigenous group for both culinary and medicinal purposes.

Found in: Soltero - this unique salad is especially nice on warm days. It is comprised of fresh chopped corn, onion, tomato, queso fresco, chilies, and quirquiña, all tossed in oil and vinegar with a bit of salt. This is the type of salad that, if taken to a potluck or picnic of any sort, would be gone in the blink of an eye.

Koa
Koa is an herb that is most commonly used in a fish-based soup called wallake (which, you may know by now *wink*, also happens to be an aphrodisiac). Koa has a distinct and pleasant smell, one that could be described as minty with a hint of basil. A nice thing about Koa is that it tends to keep longer than most herbs, thus making it easy to store for a longer period of time. Because of its pleasant smell and flavor, Koa can also be used for making tea or garnishing salads.

Found in: Wallake   – for most individuals, an especially fishy soup like this one may not be a favorite. But someone must like it. Right? After all, this traditional recipe based on the spiny karachi fish has been around for many generations. Perhaps we have koa to thank for that, considering it helps mask the dish’s fishy flavor.