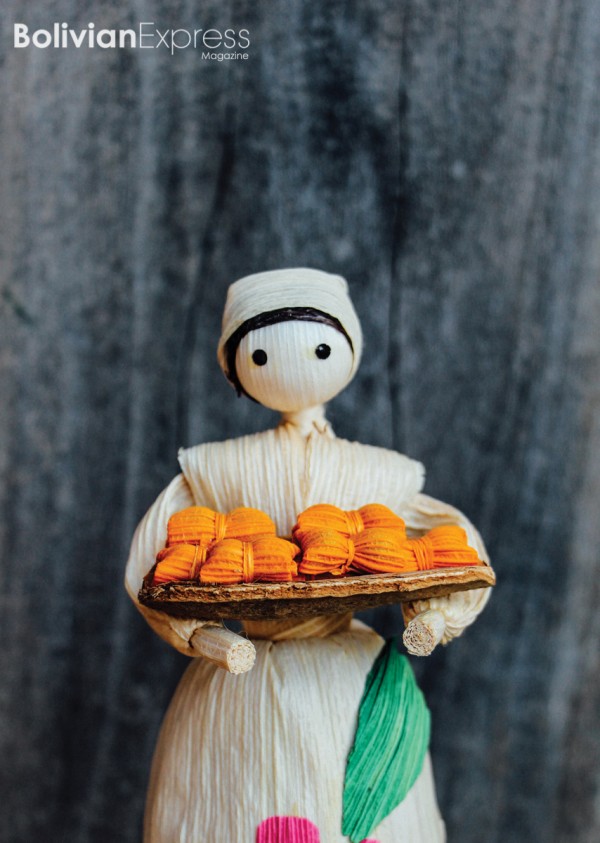 Ask backpackers who have spent any amount of time straddling the spine of the Andes what they remember about Bolivia, and they’ll reply that artisanal crafts, multicoloured textiles and alpaca knitwear are high up on the list. These ‘traditional’ crafts have become an integral part of the tourism sector in this landlocked South American country.

But in the past, it was common for artisans to be ripped off by intermediaries, who would reap large profits without sharing. In some cases, they would pay with a bar of soap for a finished product. Unequal power relationships between artisans and traders – the gatekeepers to the marketplace – meant that the skill and hard work that went into each product went unremunerated. The difficulties and hardship faced by the artisans at this time is highlighted by a hay-hat weaver artisan: ‘We think about how unfair our situation was, for our working day consists of waking up early; cleaning the house; making the beds; making breakfast; going to collect water; feeding the animals; getting children ready for school; doing the laundry; making lunch and taking it to our husbands in the field; making the coffee for the siesta; weaving a hay-hat; making dinner; doing the dishes; cleaning the kitchen and then weaving again the hours we have left.’ Something had to change.

The artisans self-organised and formed a collective, ARTECAMPO, using methods promoted and fostered by CIDAC (the Research and Design Centre for the Arts and Crafts). CIDAC’s objective was to foster the generation and consolidation of self-sustainable socioeconomic initiatives to improve the situation of indigenous women. CIDAC provided ARTECAMPO with training in management and design, in addition to supporting the usos y costumbres (customary practices and technology) of the region. The endeavour is led by Ada Sotomayor de Vaca, director of CIDAC. ‘The work started in Cotoca, Urubichá and the Ichilo communities,’ Sotomayor says, ‘which were difficult to access back then.’ CIDAC persevered by approaching the village elders – mostly women – who were caretakers of the communities knowledge. ‘Little by little we rescued designs, techniques and materials,’ Sotomayor says. ‘At the same time, the groups of women started to feel the need to organise themselves in associations.’

Today, ARTECAMPO is 32 years old, comprising 14 cooperatives spread over 64 communities in the department of Santa Cruz (more recently, it has made inroads to some communities in the Tarija and Chuquisaca departments), and it has helped approximately 6.000 artisan women since its inception. These craftworkers create cultural gems from their indigenous communities, including Guarayo, Chiquitano, Ayoreo and Izoceño. Their products include hammocks from Urubichá; corn husks dolls from Vallegrande; ceramics from Cotoca; woodcarvings from San Miguel; and tapestries from Izozog. Last March, three members of the association were awarded with the “Eduardo Abaroa” national prize for native arts.

Although members of ARTECAMPO have exported their products overseas, the organisation’s focus is the national market. Bolivians’ pride over their cultural heritage and the continued growth of tourism have meant that the internal market for ARTECAMPO’s products is more than sufficient to absorb its members’ current output, and expansion into foreign markets would create market and legal pressures that might not dovetail with indigenous cultural practices that emphasise the building of personal relationships, trust and solidarity over capitalist imperatives.

ARTECAMPO, then, is a good example of how Bolivian society protects its cultural heritage whilst at the same time finding ways for indigenous people to better their lives without capitalist exploitation of their patrimony. The mediation between progress and tradition is key to understanding the dynamics of a country with 36 recognised indigenous groups and a long history of indigenous repression and resistance. ARTECAMPO highlights the way in which these dynamics have entered the 21st century.

Special thanks to Irene Mairemí Pita for her help in researching this article.