Haute Couture in the Andes 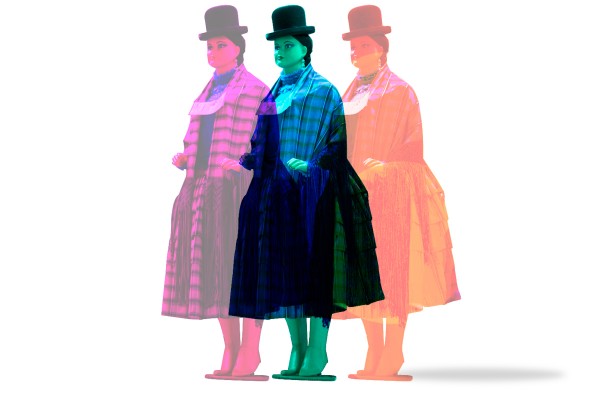 Fashion lovers flock to Paris and Milan every day, and most are sure not to miss a visit to Montaige Avenue and the Quadrilatero D’oro to see the boutiques on the streets of Monzani, SantAndrea and Della Spiga. But what can such visitors do in La Paz? Which places would they visit to enjoy the most authentic fashion design of this city? Perhaps the best answer would be the ‘14 de Septiembre’ neighborhood. There you will find the ‘Chukuta Fashion District’, made up of the streets of Santa Cruz and Max Paredes and Baptista Avenue. It is here where you will find the best in Chola Paceña fashion.

But what is Chola Paceña? Who creates the designs and fashion trends for this group? And who are the true Andean fashionistas of La Paz?

In 1781, when the revolution conducted by the Inca Túpac Amaru was calmed down, the Crown of Spain forbade the wearing of any attire associated with the Inca Empire. Indigenous people were to change their clothes to look like the Spanish chulos, or assistants to bullfighters, and chulas, or the wives of the assistants. Chula dress comprised a long, pleated skirt, a blouse and a mantilla with fringes. In this way, indigenous women were obliged to transform their appearance in order to be easily identified as ‘not Spanish’ for the society of the times. This was the beginning of what we now know as the Chola Paceña.

Indigenous women of the time quickly became the owners of this imposed apparel, and started to change it in order to find a new identity within it. Soon, a chula’s skirt would be known as pollera and the mantilla would be named manta. Little by little, both would become emblems of refinement and not objects of discrimination as before.

The first adjustments in fashion among these women happened during the 19th century, when cholas decided to wear boots with heels like Spanish ladies did (later the Chola Paceña would change her boots for more comfortable shoes). Little by little, as these women began to climb social and economic ladders, they wanted to show their achievements through their appearance. Borsalino bowler hats were added to their attire as a sign of elegance, since these expensive accessories were imported from Italy. The women started wearing jewelry made of gold, and these earrings, rings, prendedores and ramilletes were the elements used to differentiate rich cholas from others ladies.

Luckily, the fashion of these cholas from long ago has survived, and has even evolved. Now it is modern, avant-garde, and has even developed its own trends. Since the beginning of the new century, a fashion industry has sprouted, and is growing at a morenada’s rhythm. Nowadays, looking like a true Chola Paceña is not easy, nor is it cheap. These women can spend thousands of dollars on clothes and accessories, knowing they must turn to the best designers in order to look gorgeous.

They know that the best of these fashion artists are in the ‘14 de Septiembre’ neighborhood.

There they can find the best brands’ boutiques, including ‘La Orquidea’, ‘Danzart Verónica’,  ‘Pollerería Primi’ and others.

In this neighborhood, you can find all components of Chola Paceña fashion, from  fabric for polleras and mantas to Borsalino hats or jewelry. Taking a tour around these special and popular boutiques is obligatory if you are in La Paz to visit. Fashion lovers will see the ‘Valentinos’, ‘Diors’ or ‘Dolce&Gabanas’ of chola society, known by more indigenous names, such as ‘Limachi’, ‘Cussi’, ‘Paco’ and others, who are recognized as the creators of the authentic Chukuta fashion industry. 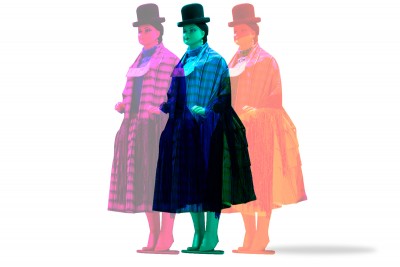