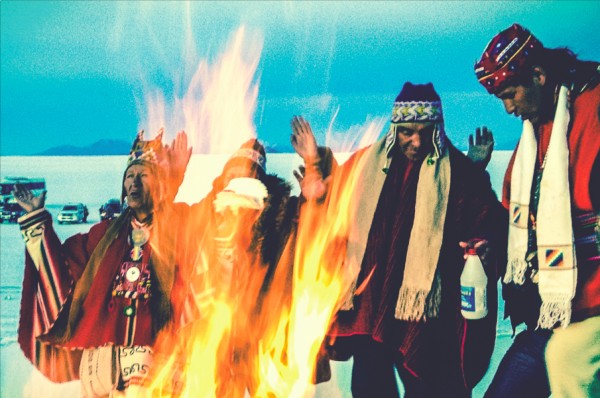 This June 21st marks the 5,523rd Aymara New Year, an annual celebration that attracts 50,000 attendees and is held at the Tiwanaku ruins. The event begins in the evening and continues into the early hours of the following morning. Traditionally, the Aymara people offer coca, alcohol and a llama sacrifice to Pachamama, in exchange for a successful harvest in the upcoming year. While these rituals are a large part of the celebration, nowadays many young attendees come for a night of dancing, drinking and fireworks. In 2009, President Evo Morales declared the Aymara New Year a national holiday – a move that was met with two extreme responses: controversy among non-Aymara indigenous groups, who saw it as government favoritism towards Aymara traditions; and a sudden explosion in the event’s popularity, resulting in four times the number of attendees in following years. There is no question that every part of this celebration – from its controversy to its festive atmosphere – represents the diversity and occasional clash of modernity and tradition in Bolivia.