Bolivian director Diego Aramburo took on Shakespeare's classic Hamlet in a new collaboration with the Teatro de los Andes on March 27, with little success. The fundamental problem lay between Aramburo's dark, morose style of direction and the theatre company's reputation as lighthearted, colourful and humorous – three things which Hamlet is not. Although Shakespearean tragedy can have funny moments, with such a reduced script (only 90 minutes long), the play failed to be either lighthearted or heartwrenching. Although Aramburo said the performance was important for the Teatro de los Andes because the company was faced with the same existential problem as the protagonist – To be or not to be, a motivating force for the play's production – the fusing of the two styles was the play's downfall. 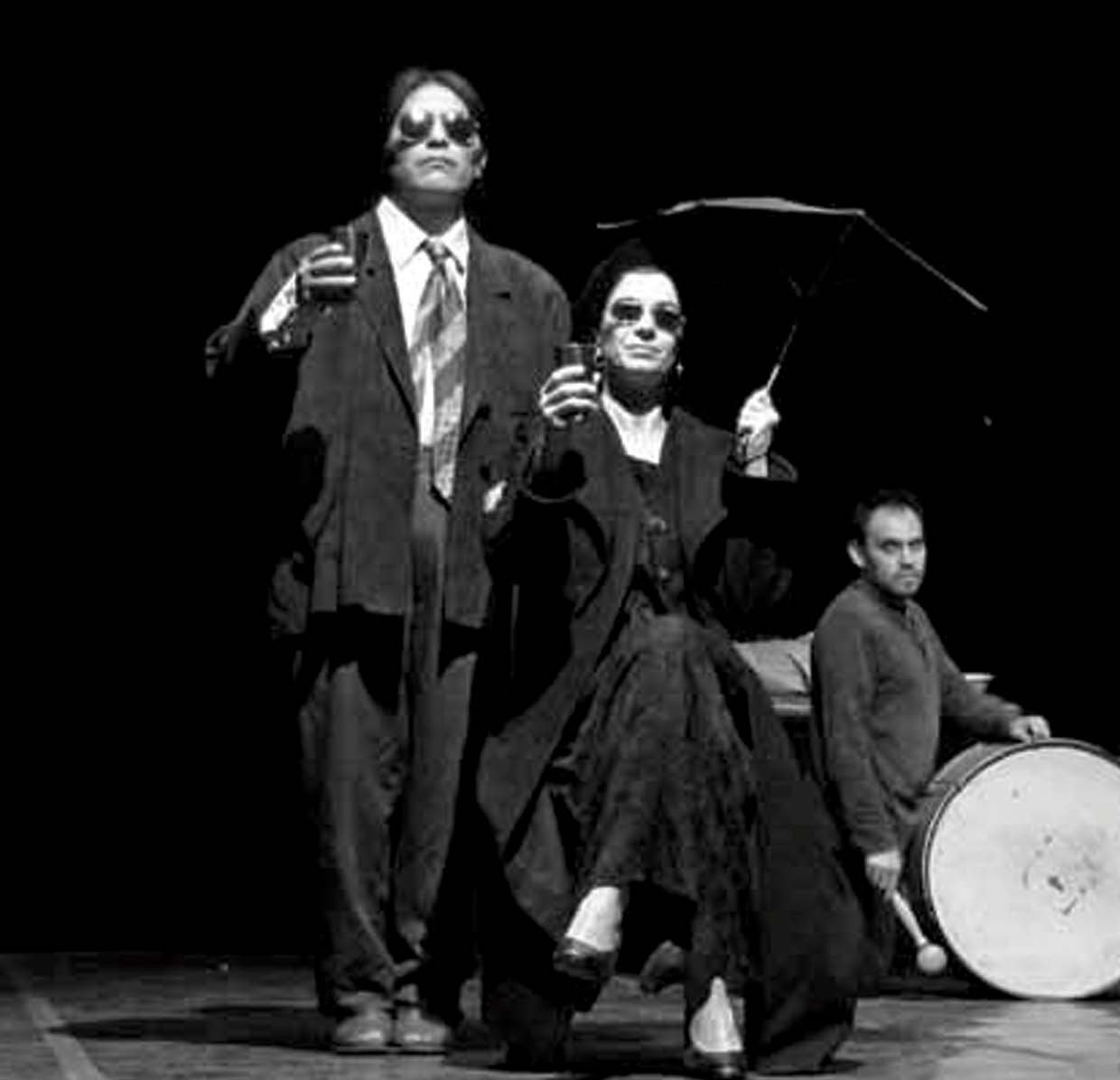 As the audience took to their seats, they were greeted by Hamlet's father's corpse laid out on a bleak and empty stage, and immediately a sombre tone was set. The main prop – a door that was also used a table – was used extensively and creatively, allowing for the minimalist approach that characterises Aramburo's directorial style. The other props were metallic, which, combined with the spotlights, created the harsh and sinister mise en scène that Hamlet usually bears. The protagonist opened the play with an emotive soliloquy lamenting the death of his father, whose face he then mysteriously eats. The significance of this is unclear, although it may relate to the portrayal of Hamlet as an aparapita, who while eating concealed himself from other people and willed the death of a bishop (here, Claudius). More likely, it was just a wacky effect to add to the supposed edginess of the production. Hamlet, a sympathetic figure as he quickly falls into madness, is warped with thoughts of vengeance for his father's murder. The music and lighting contributed greatly to the tension, whilst the minimalist staging (something which Aramburo said is typically Bolivian: no backdrop and a row of thin cotton sheets on either side of the stage) forced the audience to pay full attention to the acting. But all suspense and emotion were shattered when the famous and highly ironic poisoning scene was portrayed as a cholita wrestling match, enacted by two male actors crudely dressed as Bolivia's famous female wrestlers. This scene was certainly for the benefit of the theatre company – which is known for its lighthearted comedy – and was met with considerable laughter, although that too was arguably offensive to both women and cholitas, and it undoubtedly undermined the most dramatically ironic scene of the entire play. The way in which Aramburo attempted to make Hamlet Bolivian was by including dialogue in Aymara – although that, too, was offensive, as Hamlet was seen roaming around the stage, spitting sweets from his mouth, half-naked and certainly mad. The audience (comprised of La Paz's pale middle class, with nary a pollera in sight) thought this hilarious. However, the link between the indigenous people's language and Hamlet's rapidly decreasing mental stability was at best somewhat questionable. A more successful Spanish reference was that of the Día de Todos los Santos, a day on which an offering is made to the dead; this reference was muttered acerbically by Hamlet as he left the stage, rooting the play in a much-desired South American context and also portraying Hamlet´s bitterness as well as his obligation to avenge his father's murder.

The portrayal of Hamlet as an aparapita was not at all obvious from the performance, and only hinted at when the protagonist had a table strapped to his back, which he hauled around the stage, symbolic of the burden of vengeance he now carried; the constant references to alcohol also implied this interpretation, but that greatly undermined Hamlet's madness. This inebriation may also account for the bizarre inclusion of water throughout the performance (at one point in the play, water poured from the table, and Ophelia was constantly pouring water over herself). It is a shame that the production did not make its interpretation more clear, as its symbolic significance could have been an interesting South American twist on an Elizabethan English classic. But the audience wasn't privy to the company's intent, and instead, the production sat on the fence and tried to squeeze Shakespeare's longest play into 90 minutes, attempting to be both funny (in the most bizarre and often offensive ways) and tragic, but finally only being cryptic and opaque. If only the Teatro de los Andes had fully addressed our Prince's famous question and arrived at a convincing, entertaining and comprehensible answer.