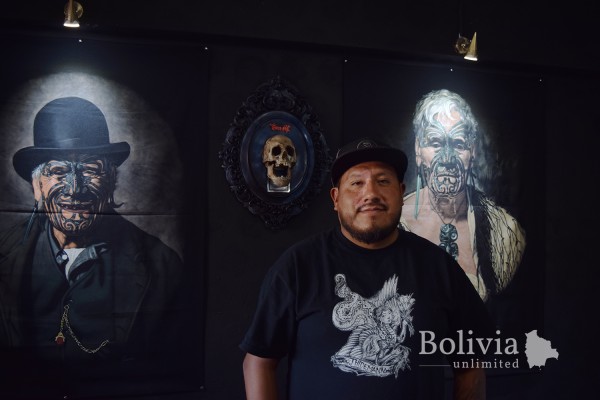 Gunnar Quisper, a potosino keen on changing ideas around tattoos, says that ‘tattooing is above all an ancient and timeless art form. Most tattoo artists are professionals with an arts background.’ Quisper studied art in school, but it wasn’t until he moved to Amsterdam that he developed an interest in body art. But he doesn’t always display his own tattoos, as in Bolivia they are often associated with prisoners, gang members and a variety of negative personality traits. So he covers up his body art a majority of the time. 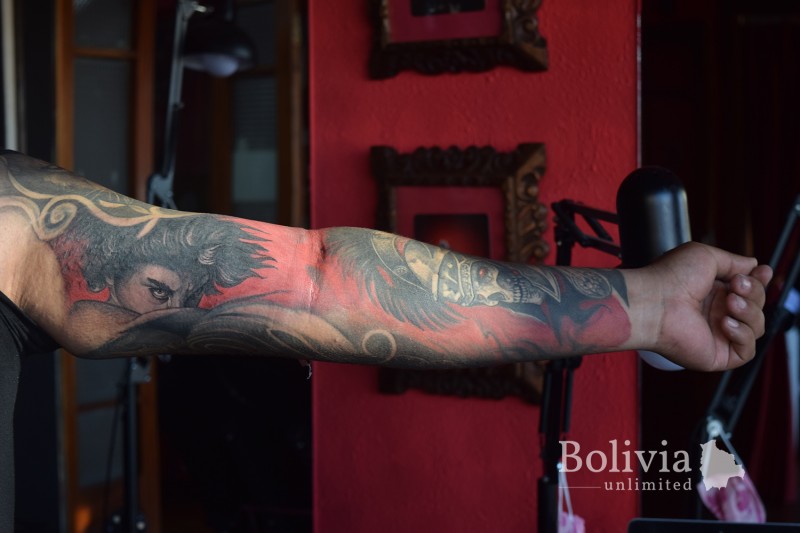 Tattoos are part of some indigenous cultures in the Chaco region of South America, a vast, hot and humid tract of land that straddles the area where Bolivia, Paraguay and Argentina meet. Indigenous men can be seen sporting faded number tattoos commemorating their time in the national service. ‘Back in the day, it was really tough, and surviving was a miracle in itself, for this reason, they tattooed the number of their regiment on their body,’ Quisper says. His Gunn Art Ink tattoo shop, on Avenida Illampu in a slightly rundown part of La Paz, is a sleek, eclectic space with an amazing view of Illimani and La Casa del Pueblo. ‘I chose this location because I love the idea of attracting different kinds of people to an area like this,’ he says. The shop’s red walls are decorated with diablada masks, some of Quisper’s paintings, and awards and souvenirs from the various conventions he has attended and hosted. He’s proud to represent Bolivia wherever he goes, and he’s hosted conventions in which guests included internationally acclaimed artists. 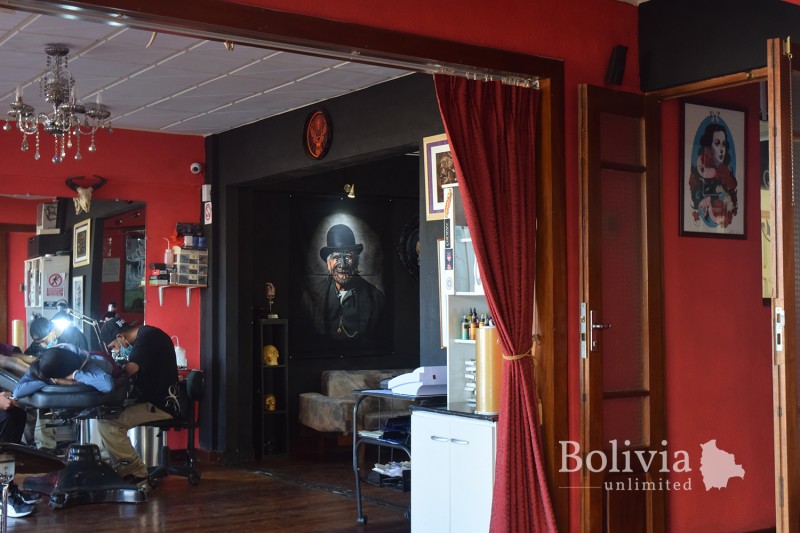 Quisper specialises in realistic tattoos, a style which aims to replicate the proportionality and detail of photos. ‘Tattoos cure ailments of the soul,’ he says. ‘They can help someone to translate what they feel on the inside to their outside. Generally, I tattoo people with a past that they want to leave behind, they want the weight to be lifted off their shoulders.’ His clients entrust him with their bodies and their stories, making the average tattoo session a modified therapy session. 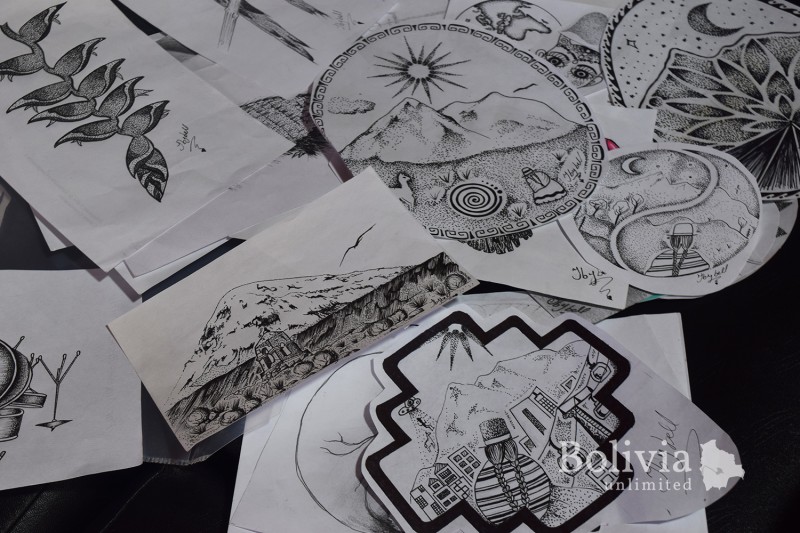