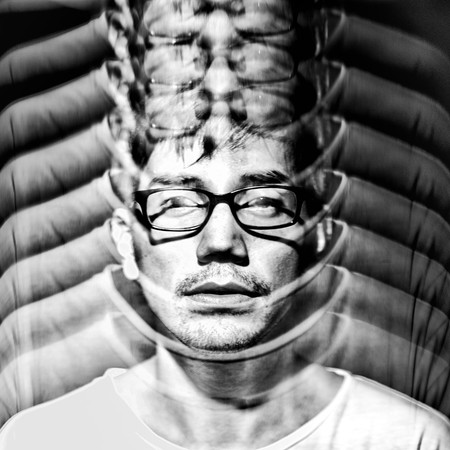 Alvaro Gumucio Li (Aka Gumo), a born and bred cochabambino, started his professional career as a photographer four years ago. He studied at the Instituto Eduarlo Lareda in Cochabamba where he was surrounded by different artistic disciplines. His father’s friend, Eduardo Ruiz Gumiel, who he met while he was still at secondary school gave him his first insight into the world of photography.

Since then, following some lessons from a French photographer friend, Alex Fianstres, he has been constantly searching for more inspiration for his work. He is particularly well-known for his fashion portrait photographs which have earned him national acclaim.

He is currently feeling inspired by the work of Daido Moriyama and his current style of photography, with a focus on staged and produced portraits, enables him ‘to navigate fantasies and fiction’. For Gumo, every photograph carries a part of him with it, and if he could photograph anything in the world it would be nostalgia.

Despite not living in La Paz, the spectator often sees more of the game and he has a few observations about the photography scene in La Paz:

‘From an external point of view, since I live in Cochabamba, I see various different movements—such as the Accion Cultural organisation, the magazine Diafragma, or Punto Estudio, to name some examples—which are fighting to create space and a place for photography as an art and a profession, and I know that the fruit of these efforts will be reaped over the next decade.’

His advice to aspiring photographers: You have to love and become obsessed with photography.

If you'd like to see Gumo's work you can visit his fb page at https://www.facebook.com/Gumophotography