Growing Up In Prison 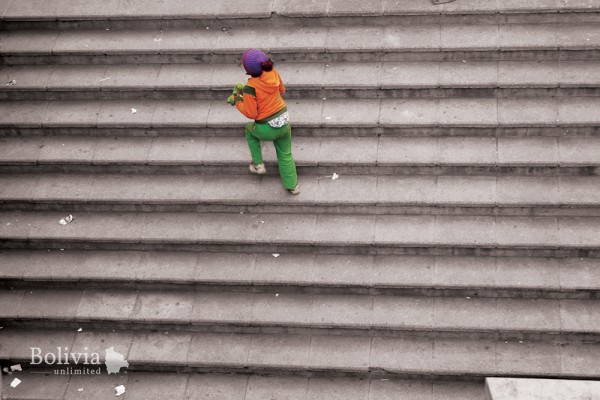 The lives of children in Bolivian jails

Rather than metal cell blocks meticulously controlled by guards armed with ammunition and authority, many Bolivian prisons could be described as autonomous communities. With shops, restaurants, and flat-type accommodation, the Centro de Orientación Femenina (COF) de Obrajes is a world unto itself. Regrettably, children also reside there.

While raising children behind bars isn’t ideal, mothers often feel that there is no other option. They fear their children will face abuse in orphanages or shelters, or that their family members will be too poor to properly care for them. In certain cases, a child’s whole family may be in prison, literally leaving no viable alternative. In Bolivia, in accordance with article 106 of the Child & Adolescents Act, children up to the age of six may live in prison with their mothers. Although children are legally prohibited from living in male prisons, this occurs regardless at the San Pedro prison in La Paz and the Palmasola prison in Santa Cruz. Such living situations may seem incomprehensible, but remaining with a family member in prison is the lesser of two evils for many children.

COF de Obrajes in La Paz is home to approximately fifty children, such as nine-year-old JJ, who has called the prison home for almost all his life. Like for JJ, it is all too common for children over the age of six to remain living in prison when there is no-one else to care for them. During our visit to Obrajes, he gave us a comprehensive tour with detailed explanations of how each section of the centre functioned. He seemed proud to assume such responsibility, making it clear that an old head sat on his very young shoulders.

Remaining with a family member in prison is the lesser of two evils for many children.

Inundated with hugs and hand-holding, it was difficult to navigate through the swarm of children that suddenly surrounded us. Their inquisitiveness and happiness was remarkable. JJ was eager to tell us about his life plans: to be a lawyer, a film director and a doctor. When asked which one he would choose, he seemed confused at the absurdity of the question and replied: ‘All three!’. Living inside a prison hasn’t affected his life ambitions, but there are serious consequences to growing up in such living conditions.

Through los Centros de Apoyo Integral Pedagógico (CAIP), the Ministry of Education ensures that all Bolivian penitentiaries that accommodate for children have spaces dedicated to education. According to one of the teachers at Obrajes, due to the minimal time and resources at their disposal, they focus their time with the children on psychological and emotional support. The children generally live in an environment dominated by aggression and even violence, which can influence their daily behaviour. While instructors teach them writing and reading comprehension, they emphasise on helping the children build self-confidence and learning how to build relationships.

Unlike their mothers, the children are free to exit the prison. Once they turn four years old, they leave the centre during the day to attend local schools. It is not uncommon, however, for children to be denied this freedom. According to one prison instructor, one mother doesn’t allow her two daughters to go to school. ‘The girls understand perfectly why,’ he explained. ‘They tell me: ‘If we go to school, dad might take us and not let us come back’, so it’s safer for them to stay inside the prison.’ Consequently, basic education may be lacking for many children who reside in Bolivian prisons. COF de Obrajes fortunately has a relatively relaxed environment, but in more dangerous centres such as San Pedro, one may worry about the attention and education the children receive.

The Bolivian government recently announced a plan to remove children above the age of six from all penitentiaries across the country, motivated by what children unwittingly witness and are subjected to in prison: mistreatment, rape, bad behaviour, power games. What’s more, given their innocence, children are regularly used to smuggle contraband past the unsuspecting guards. General hygiene is another problem, as overcrowding is prevalent. However, the most poignant issue facing the children that live in prison is abuse from other inmates. Given the lack of formal reports on the subject, it is difficult to gauge what these children experience. Nonetheless, under such conditions the quality of the education they receive is certainly questionable and the alternatives they have don’t offer much more hope.

To get a better insight on the best way to help these children, I talked with educator and director of ZERA Bolivia, Sharoll Fernandez Siñani. ZERA Bolivia carries out long-term projects that work directly with children in these situations, taking them on trips to the cinema or to the park as a way to build social skills. ‘It’s easier to pack a box full of books, clothes and toys to send to the prisons,’ Fernandez said, ‘but what works better is when the children get to leave the prison to have a real experience. Kids need to feel that they can go out, not just to school, but to have fun. Social emotional tools are the best form of support for them.’

By focusing on empowerment tools, ZERA Bolivia aims to provide these children with emotional and psychological support that they may not otherwise receive. ‘Before considering the possibility of abuse or rape, once these children enter into shelters they are practically parentless,’ Fernandez said, warning of the dangers that children may face in the alternative to living in prison. ‘They feel totally abandoned and lose any sense of belonging,’ she continued. ‘At least by being in prison, they can stay with their mums and have some sort of family and face a less traumatising situation of neglect.’

‘It’s easier to pack a box full of books, clothes and toys to send to the prisons, but what works better is when the children get to leave the prison to have a real experience.’

While these children face a plethora of difficulties inside the prison walls, the alternatives they have are less promising. By attending local schools, children retain a certain level of normality in their lives despite living in a correction centre. However, what is necessary is an expansion of current programmes to help incarcerated family members properly support children so they can lead the best life possible despite living behind bars.