Grabbing Bolivian Cinema by the balls 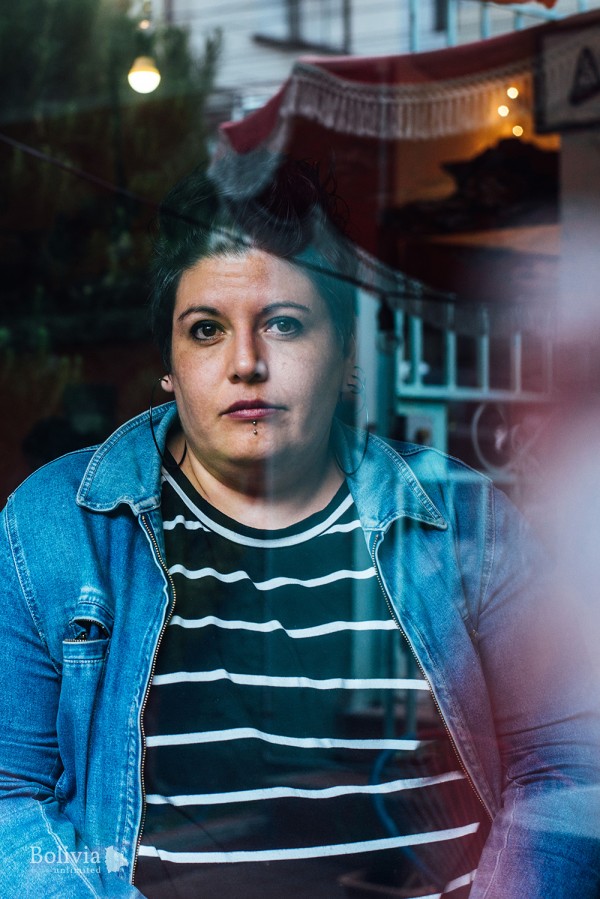 ‘In Bolivia, there is no film industry,’ says Denisse Arancibia Flores, director of the 2016 Bolivian musical-comedy film Las Malcogidas (roughly, ‘the badly fucked’). Arancibia, who works as a television editor and graduated with degrees in cinema directing and social communication from the Universidad Católica Boliviana and the Private University San Francisco de Asís, carries a tote with an image of a Stanley Kubrick clapperboard printed on the front. She says that the Bolivian filmmaking community is simply too small to sustain an industry, estimating that the country produced only about five features last year.

‘The most difficult thing is the financing,’ Arancibia says. Making Las Malcogidas took seven years. ‘It’s very difficult to find [funding] because we don’t have state support. This is how cinema usually works elsewhere in South and Latin America. But we don’t have that, and sponsorship or private investment are minimal.’ She says a grant from  the Ibermedia programme, an organisation that supports South American filmmakers, enabled her to produce her film.

Las Malcogidas is an intimate character piece that follows Carmen, a 30-year-old in a search of her first orgasm.

It takes strength and passion to make a film in a country with few resources and little infrastructure, but Arancibia, whose neon-red hair and commanding presence provide evidence of the bold and determined personality it takes to achieve such a feat, doesn’t seem to think production itself in Bolivia is as dramatic a challenge. She says that directing is about being a part of something bigger and credits the people she works with for making it happen. ‘There are many people who want an industry,’ she says. ‘There are great actors, great directors of cinematography, and the electricians are ninjas.’ (If you’ve ever seen a Bolivian electrical lineman work, you’ll know what she’s talking about.) ‘In reality, there is a lot of talent [in Bolivia],’ she adds. Arancibia argues that with fewer resources available, this talent is part of what makes filmmaking in Bolivia possible; a lack of capital and materials requires greater creativity on the parts of the cast and crew.

Arancibia’s creative use of resources shines in her work. Las Malcogidas, an intimate character piece, follows Carmen (played by Arancibia), a 30-year-old in a search of her first orgasm. As Carmen struggles to lose weight in order to please her narcoleptic grandmother, she also tries to earn the money her brother (played by Arancibia’s actual brother) needs for a sex-change operation. Arancibia’s sharp, musically comedic writing keeps the audience close to its subjects. The film is set in La Paz, but could be almost anywhere – with only a few, simple locations, Arancibia saves herself the hassle of moving people and equipment from set to set while keeping her story focused on the plot. Her close, efficient use of the frame reduces the work necessary to decorate and construct large sets while keeping her audience focused on the characters’ emotions. While many musicals pull audiences in with extravagant, resource-intensive dance choreography and complex cinematography, Las Malcogidas feels deservedly personal with simple yet engaging orchestration, carefully edited to keep viewers interested without the expensive flash characteristic of big-budget cinematic productions.

What makes Las Malcogidas truly Bolivian, however, are not the circumstances of its production, but rather what its production means for Bolivia. Arancibia says stories set Bolivian films apart. ‘We have very particular stories to tell,’ she says, ‘things [to say] that are very Bolivian.’ In Las Malcogidas, Arancibia’s story, full of characters searching for gratification and acceptance in a world of denial and rejection, presents a clear message: to find fulfillment in life, acceptance of the self is paramount. Arancibia herself appears a confident, articulate testament to this message.

‘I have a lot of faith in Bolivian cinema,’ Arancibia says. She has a positive outlook for the future of film in Bolivia and sees potential to continue making movies. It’s clear in her work, too, that Arancibia isn’t the sort of artist to back down from a challenge. In its name alone, Las Malcogidas, while preserving the bold artistic storytelling traditions of her native land, takes a step away from traditionally conservative Bolivian thought and makes it clear that a new generation of Bolivian artistry has something to say. ‘[Bolivian cinema] is diversifying,’ Arancibia says. ‘We’re looking to explore. We’re open to possibilities.’