Giving the game away 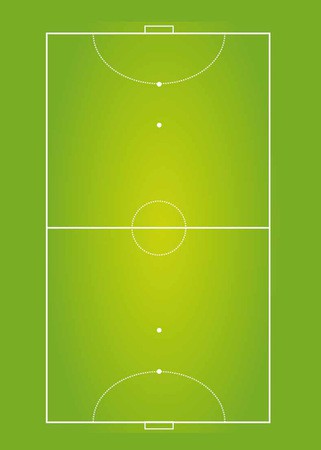 Fulbito in Bolivia and South America

In Bolivia there is no such thing as a "No Ball Games" sign. Consequently, Bolivian windows are criss-crossed by enrejados, preventing both burglars and footballs from breaking and entering. But these balls are not from ordinary football games. For reasons of financial and organizational economy, many a Bolivian child defaults not to football, but to the lesser-known fulbito.

Known as Futsal (fútbol de salón) in Uruguay, Paraguay, Argentina, Colombia and Venezuela, and as fulbito in Peru and Bolivia (fútbol cinco or calcio de cinco apply as well) the game was invented in Uruguay in 1930, when the country hosted the first FIFA World Cup. The international community was living out its first global football fever, an entertaining distraction from the world economic crisis. On the streets of Uruguay, children took to improvising football games under whatever circumstances they could. One day, watching a small football game played on a Montevideo basketball court, the imagination of a local PE teacher was set alight. He realised that these improvised games could become a legitimate form of football with rules of its own. And so Uruguayan "futsal" was born. It soon expanded to other countries. The first rulebook of "futebol do salão" appeared in 1956 in urbanised Sao Paolo. Brazil was eager to secure a champion title for the new game, and in 1982 hosted and won the first Futsal World Cup. The second FIFUSA world cup was held in Spain, and the Brazilians retained their champion status.

The game is not very different to football. It is played by two teams composed of 5 players, on a court a third the size of a football pitch. A game is divided into two twentyminute periods. This compact football demands a faster pace; fewer, shorter and quicker passes, as well as, most importantly, a greater dexterity to dodge, weave and dummy the opponents. In a nutshell: more technique, creativity and improvisation. The ball tends to be played with at ground level. Above-waist passes are the exception and not the rule, especially because the ball, despite being smaller than a football, is slightly heavier and bounces less. The use of either concrete or wooden floors means that specialised sports gear, such as cachos, are not necessary. The reduced size of the court allows it to take place in a more urban setting. This last factor alone has allowed the spread of fulbito.

Very few schools in Bolivia can afford the expense or space for an official 120 x 90 m football pitch. Instead they install canchas polifuncionales, also to be found in many parks and plazas. Although canchas are primarily designed for volleyball or basketball games, in practice, fulbito is played on them far more frequently. In absence of any court at all, partidos de fulbito will be improvised on streets or on any patch of land, whilst keeping the rules of the game. In the mornings at break in schools, paralelos play against one another, at midday albañiles play it after their lunch, in the afternoons and evenings, everyone from cholitas to the utmost unprecedented school dropouts, young single parents, unemployed, k'olos, lustrabotas, cleferos, borrachitos and maleantes enjoy the game. In short, football is a privilege compared to fulbito. Even though football is more successful in the public eye, socio-economic factors, namely infrastructure, tell a different story about which sport Bolivians play more and are better at.

In 1965 a South American federation was established and organised futsal championships. Bolivia hosted one of these events in the year 2000 and came out subcampeón. In the semifinals it beat Russia 8–2 and passed onto the final with Colombia, who had defeated the Argentineans. The Colombians only won the final match in penalties (3–1). Despite the near world champion title for the Bolivians, fulbito hasn't gained the visibility and popularity football has. In addition, FIFA, FIFUSA and the AMF gone down a bumpy managerial road in which football always was their main agenda and futsal was on the back burner. Hence Bolivians have hitherto had patchy knowledge about fulbito narrative. Its players' names resound much weaker than football's "stars". Albeit Bolivians play fulbito more often and are better at it than at football, it is the game on the big pitch that has been cannonised. Even in face of defeat, pride and hope in la selección nacional has been prevalent. But times are changing. In 2013, Colombia will take the first step to officially recognise fulbito at the World Games in Cali.

In Bolivia meanwhile, fulbito, football and even futbolín tables are not only ubiquitous but synonymous. Little attention is paid to fulbito as a sport because most players don't understand it as a separate ability to football. Nevertheless, a specialised skill it undoubtedly is. Countries that play fulbito or futsal generally play a more skilled football game, often referred to as "Joga Bonito". The Brazilians are a prime example of sportsmen whose technical expertise in football is outstanding, and this feature of their game is often attributed to their childhood futsal games. The nimble and precise movement necessitated by futsal has turned it into a kindergarten for future top-level Joga bonito football players. Perhaps that is the reason why it is so little spoken of or recognised. South American champions, proud of their football prowess, don't want to give the game away.