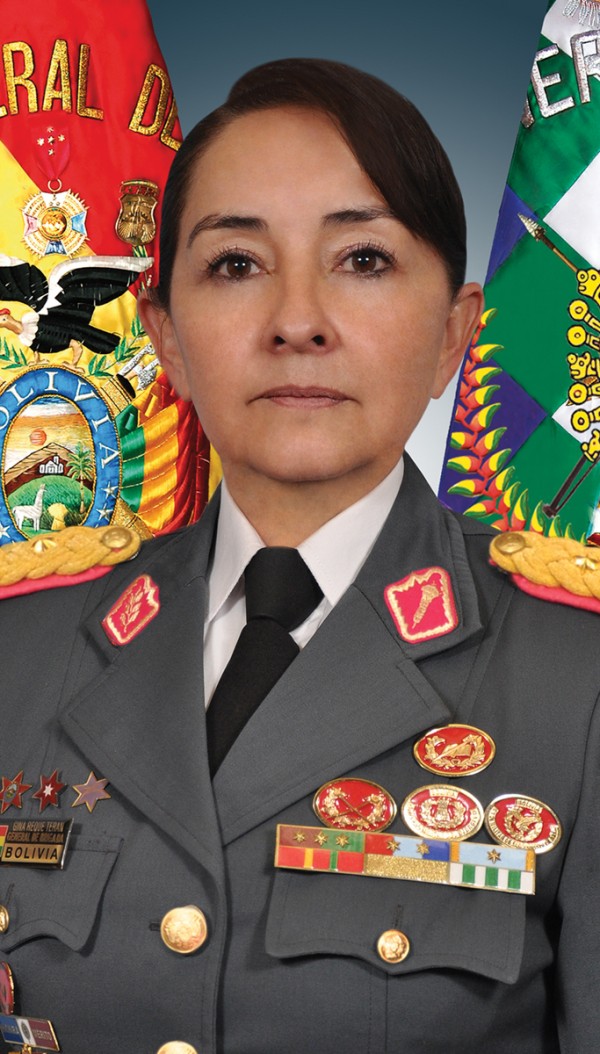 While Bolivia's military remains a highly male-dominated institution, there is no question that Gina Reque Teran, the country's first woman to assume the rank of General of the Armed Forces, is breaking stereotypes. At her inauguration in March 2015, Reque Teran, who comes from a military family and has risen through the ranks as a respected officer since the 1980s, urged all women to "continue working and to dedicate ourselves to our professions one hundred percent". Bolivia's recently elected Legislative Assembly is 48% female, but women only make up a meager 0.4% of the military and are still barred from holding power in the Bolivian Navy, according to a 2008 study by RESDAL, an Argentina-based think tank that focuses on military research. In a country and region often characterized by machismo and gender roles that define women as child-rearers and discourage their participation in the workforce, Gina Reque Teran's accomplishments and empowering words not only make her a role model for Bolivian women but a symbol of the country's slowly changing attitudes towards gender.