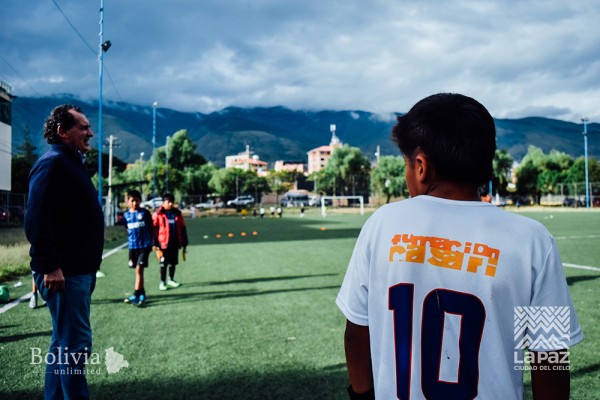 Sat in Don Massimo’s office, the walls of which are adorned with photos and trophies from various football teams he’s helped, he tells a story of when he first established a football school in Cochabamba. He recalls that the first obstacle was to win the trust of the locals who weren’t convinced: ‘Who does this Italian think, he is coming here and claiming he can teach our kids how to play football.’ But over two decades later, Massimo Casari and his wife Verónica Urquidi have become incredibly influential members of the local community. Since 1996, they have set up various projects through their main foundation, Fundación Casari, aimed at helping disadvantaged families and children in difficult situations across Cochabamba.

Don Massimo, as he is affectionately referred to by the children and parents alike, is originally from Bergamo in Italy. He first came to Cochabamba in 1986 with an Italian charity that helped children in need. Returning every year thereafter, he would pay for his trips by selling any type of car he could. In 1994, Don Massimo met Verónica, and moved to Bolivia permanently after getting married in 1995. After spending three years running a house for children, in 2000 the couple decided to build a recreational and educational house (Centro Educacional Recreativo, CER) in the barrio of Ticti Norte. Verónica, a cochabambina, has been hugely important in everything they do, providing local knowledge and experience.

The aim of the CER is to provide apoyo escolar, or educational support, for underprivileged children while they are not at school, supporting around 150 students up to the age of 15. Most of the children are from poor or troubled families in the neighbourhood. The centre provides a safe place for them to learn and have fun, through attending homework class and playing football together.

It doesn’t take long talking to Massimo to realise just how important football has been and still is in his life, and something which is at the heart of what he and his wife do to support young people in Cochabamba. The free football school, which was once an important part of the CER, has become a project in itself. While the two initiatives have steadily become less connected, many children still attend both.

Since 2008, Fundación Casari has been working with Inter Campus, the foundation of Italian football club Inter Milan. As well as helping to fund the CER, the club provides training and pay the coaches’ wages, all of whom come from Cochabamba. Every year, Inter Campus also provides 220 uniforms for the children, which cost over 80 euros a piece in Europe, as Massimo proudly points out.

On weekdays, morning and afternoon, children are able to go along to the football school without having to pay a cent. Watching a training session was an impressive and somewhat surreal sight, to see the mass of navy and black Inter Milan shirts in a quiet neighbourhood of the city.

Unsurprisingly, Massimo is effusive in his praise for Inter Campus. He fondly recalls how in 2009, the foundation paid for 14 children from the   CER under the age of 12, to participate in their ‘copa del mondo.’ Even though the majority of the kids had never left Cochabamba, the programme flew them to Florence to spend a week playing football against children from other Inter Campus foundations.

The foundation’s work with Inter Campus has enabled Verónica and Don Massimo to launch other social projects. In Irpa Irpa, about 70 kilometres away from Cochabamba, they set up a centre for children named Jatun Sonqo, which means big heart in Quechua. The project involves a similar apoyo escolar, but also works with the mothers of the children, running workshops, such as bakery classes or clothes making. The project partners 160 local families with 160 sponsors in Italy who support the centre.

With the help of Sister Mariana Heles González, Fundación Casari also supports children who live with their mothers in the local prison. Every Saturday morning, around 40 to 50 children are picked up from a nearby prison and taken to the CER to play football and enjoy themselves. The programme, called 'Niños Fuori', which means 'Children Outside’, in a mix of Spanish and Italian, is completely funded by Inter Campus. For the kids involved, Massimo explains, it gives them a break from the strict life inside the prison and a day of freedom.

As if that were not enough, Foundation Casari also helps run a community house for people with a variety of mental and physical disabilities, funded by his friends back in Italy. Every evening Massimo and Verónica have dinner at the house.

What is perhaps most amazing is to see Massimo and Verónica laughing and joking with both the children and their parents. It's easy to see why they are so well-liked in the community. 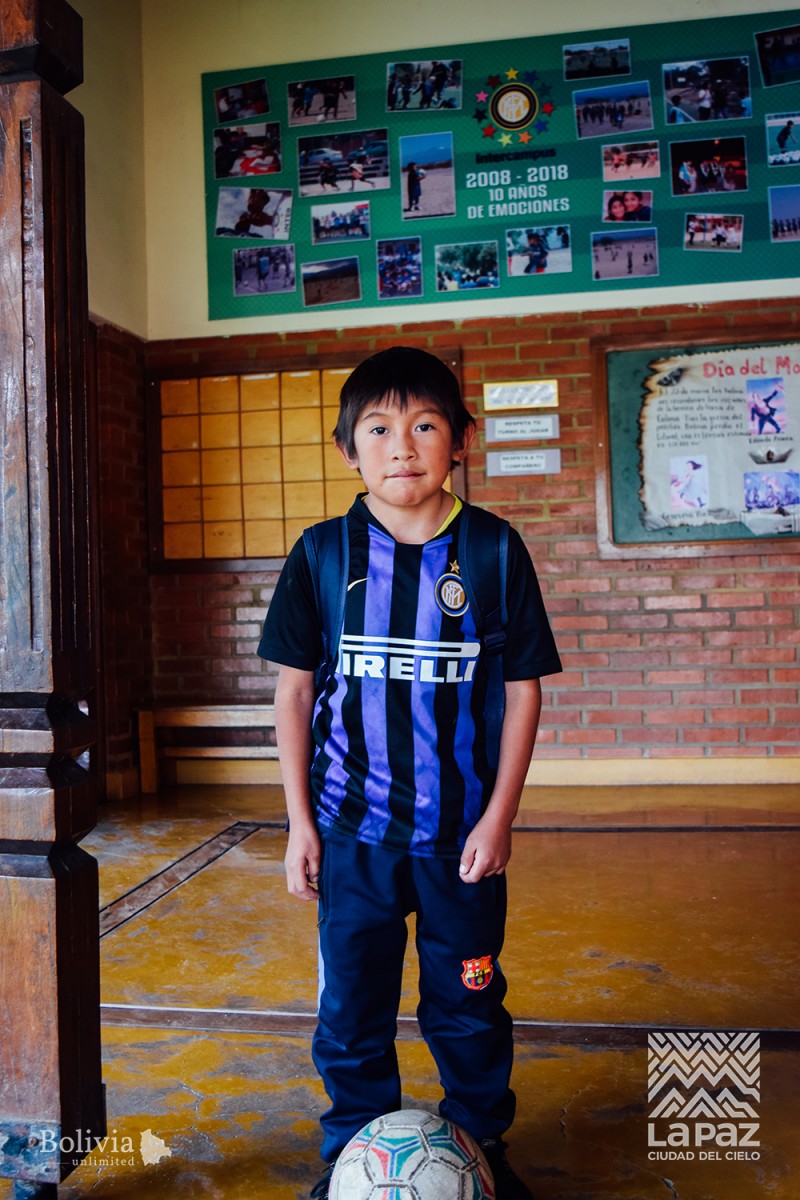 Talking to the children at the CER, they talk about feeling happy and making friends. When we asked what they like most about the centre, they unanimously replied: 'Doing homework!'. Perhaps a little surprising, but it’s clear nonetheless how important it has been for them to have a fun and safe place to come and learn.

We spoke to one parent whose child attended the football school, to ask about the influence of the foundation’s work. 'Apart from doing physical exercise,’ he said, ‘as a way of distracting themselves and having fun, some kids have become more independent.' When asked what he thought of Don Massimo, ‘muy buena gente.’ was the simple response.

The close bonds him and Verónica have developed with the children, that he describes as 'como sus hijos', have meant they have become almost parental figures for some. Being so close with the children brings a real responsibility however, something Massimo is very aware of. He mentions times when children have confided their most serious problems in him, including instances of domestic violence, or young girls experiencing the inevitable challenges of puberty.

When a former hijo comes back, it is always special for Massimo. He fondly recalls the example of a young boy that recently came back after many years with his wife and son; or a young girl who is now a qualified vet and others who are now doctors, policemen and footballers.

Through the amazing work of Massimo and Verónica, Fundación Casari has truly changed the lives of thousands of children across Cochabamba.